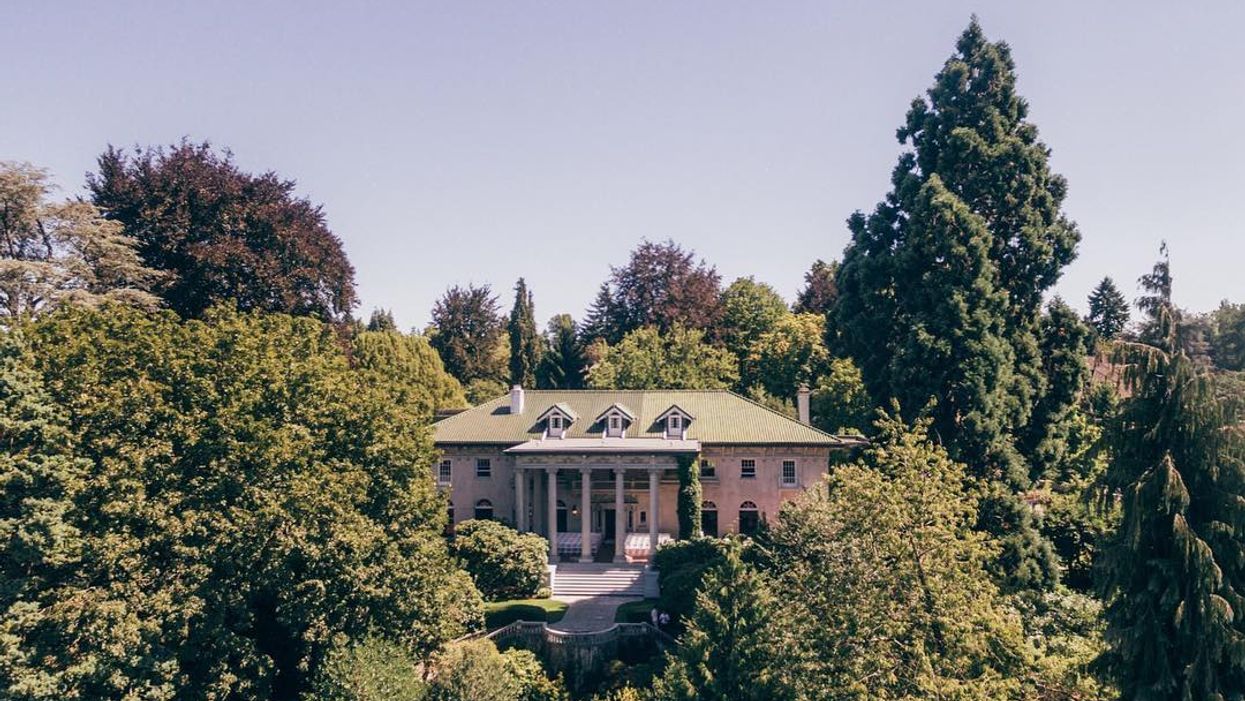 The wild untamed coast of BC was first explored by Spanish naval officer, José María Narváez, in 1791, but the official city of Vancouver was not establish until nearly a century later in 1886. Before that, the Vancouver area was home to Aboriginal people, indicated by archaeological records that date back to 10,000 years ago.

This great city takes its name from Captain George Vancouver, who was a British explorer in 1792. He is responsible for naming many areas of BC. The Fraser Gold Rush of 1858 played a large role in the early growth of preliminary Vancouver. The first settlement was Gastown. Today there are many historical buildings that remain as a testament to the first settlers and the years that followed as Vancouver continued to flourish, eventually becoming the third largest urban area in Canada.

Here are a few of the oldest, most historical buildings in Vancouver:

Built in 1911 and once a private residence, this Tudor Revival house is now a restaurant and activity centre. It is a popular venue for weddings and other joyous occasions.

Built in 1899, this French Gothic style Roman Catholic church is a sight to behold. It stands out in Vancouver in its uniqueness from any other church in the city.

Built in 1909, this lavish mansion was once the gathering point for all of Vancouver's more important socialites. The owner, General Alexander Duncan McRae, often hosted extraordinary parties and later donated the property to the government of Canada. It is currently one of the most-used filming locations in Vancouver.

The oldest building in Vancouver, built in 1865, sits proudly on the shore next to Jericho Beach. The building was moved by barge from its original location. It now functions as a museum and is surrounded by a beautiful park.

Still a theatre after all of these years. Built in 1927 and renovated in 1970. It is an iconic music venue in the city and home to the Vancouver Symphony Orchestra.

This is the home of the oldest military unit in Vancouver. Built in 1899, it is well-known for the historical tank stationed on the sidewalk in front of the building.

A very historically significant building built in 1912. It has been a commercial bank, but more famously, was once home to Prime Minister Justin Trudeau.

One of the few original residential homes remaining from the 1800s in Vancouver. Built in 1899, it is now a very charming B&B.

This is a stylish piece of architecture in Vancouver. Built in 1907 using only the finest materials in its construction, this Neoclassical Revival detailed sandstone masterwork serves today as a venue for special events.

Built in 1911, the club was originally on the other side of Coal Harbour, but was floated across to its current location. It was refurbished entirely, but the historical significance is not lost as it now resides elegantly in Stanley Park.

This impressive manor was built in 1091 for the founder of BC Sugar Refining Company. It has served as both apartments and a restaurant since, but has recently been sold. Some say it is haunted.