Flex on your ex. 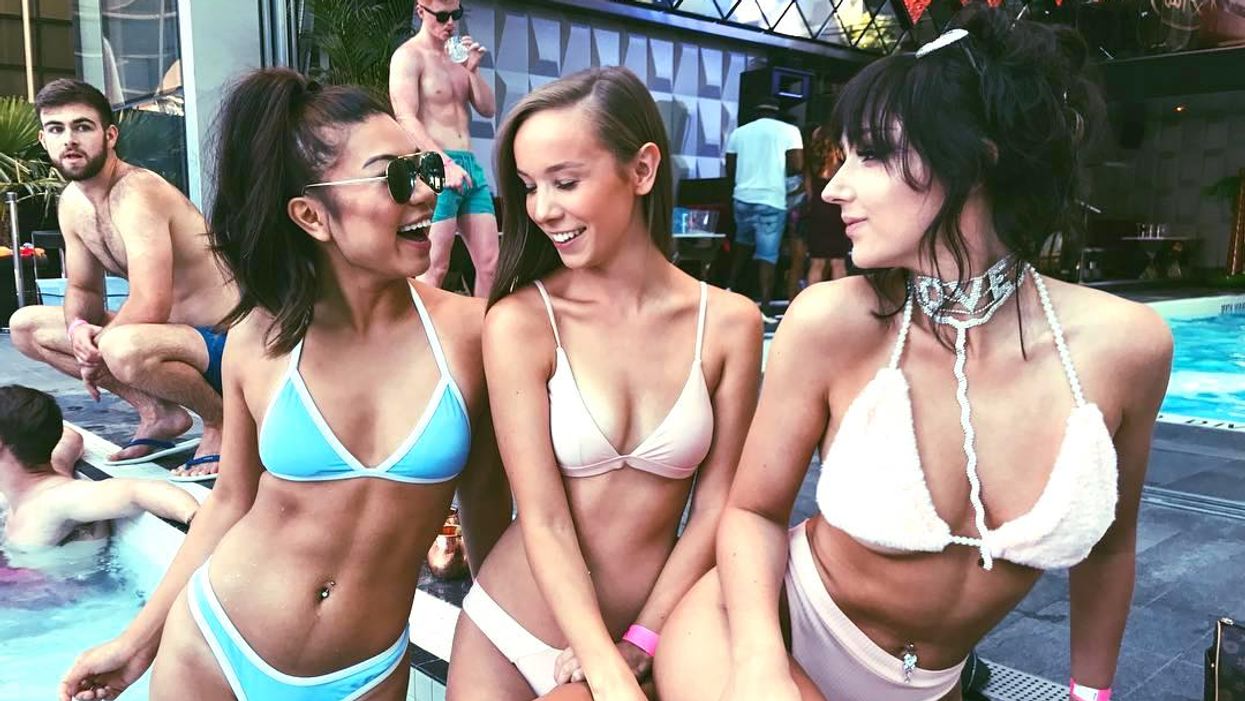 Breaks ups suck. We know. But it's the perfect excuse to live your best life and make your social media game tight AF.

I understand that the contents of this article are pretty petty, but whether you want to admit it or not, you want to do better than your ex. It doesn't matter if you both ended things on good terms or not, it's inherent that you want to come out on top. So what better way to do that than to hit up the trendiest cafes, go out at the hottest night clubs, explore the most #wanderlust places around and do you.

It's time to get over that person who shall not be named and flex for the gram a little, let everyone know (including him) that you are doing amazing with him. And even if you're not feeling it yet, girl, fake it till' you make it.

What are you looking for?

Show off your adventurous side.

Click "Next" for restaurants you want to be seen at to make your ex jealous.

The following Vancouver restaurants are trendy, fancy AF, and will let your ex know you're on to better things in life. Go ahead and eat like the queen that you are.

A Chinese restaurant has never been more boujee than Mott 32. With Peking Duck that costs over $90, having dinner at Mott 32 says to your ex: Yes, I'm living my best life feasting over $90 duck.

Hy's is the trifecta of fancy, expensive and romantic. Having dinner at Hy's will say to your ex: I'm a bad ass b*tch and I'm probably already on a date with someone else. (And girl you eat all that grilled cheese you want because it's time to do you!)

Kissa Tanto is chic, trendy and popular - just like you. Enjoy fancy Italian-Japanese fusion dishes, delicious cocktails, and flaunt it on your IG for all to see...including he who shall not be named. His loss.

Yaletown itself is already a boujee neighbourhood to be in in the first place, so to be feasting on a seafood tower or lobster dipped in butter at this luxurious seafood restaurants says that you're on to better things.

Brunch at Market with Watermelon Rosé cocktail says you are fancy AF and that he just lost the best thing that ever happened to him. Forget the boy and grab your girls for a boozy afternoon.

This super cute healthy plant-based food cafe is super trending right now, especially to have on your IG. Eating here says to your ex that you haven't let yourself go, you're eating healthy, still hot AF and you're totally on top of new stuff that's happening in Vancouver.

Click "Next" for bars and clubs that will make your ex jealous.

Who needs boys when you have your girl squad with you at all times. Nothing screams "I'm having way more fun without you" than going on a night out with the ladies and looking cute as hell.

Nothing says "I'm having fun and I totally forgot that my ex even existed" like a night out with the girls at Republic. With their bumpin' hip hop nights and a bathroom that's perfect for taking girl squad photos, Republic is a post-break up must.

So you probably have the most bangin' body ever and you don't even know it. Show it off at Drai's along with your flirtatious personality and make him regret everything he's ever done.

The tagline at Twelve West is "We'll Make You Famous". Become an overnight celebrity at this club and show to everyone that you never needed him in the first place.

If you're not trying to give off the "I party all the time now" vibe, but still want to have a good time with good drinks, The Diamond is the spot. The chill atmosphere compliments the cool people that frequent this spot, and definitely compliments you.

Soak up all the sun at the Reflection rooftop patio bar and show off your beautiful glowing smile now that you don't have to deal with his BS. Grab a drink and relax. You're way better off now.

Click "Next" for outdoorsy things that will make your ex jealous.

Embrace your inner nature goddess and explore the outdoors. There are so many beautiful sights to see and fun things to do in Vancouver that will make you forget you ever even had an ex.

All of these super Instagrammable places

What do you do after a break up? Make sure your Insta game is tight. That's what. Have a little daytime adventure, get lost in the city, and get a friend to take awesome shots of you to post on your IG. You'll have so much fun in the city you'll almost forget that you even had an ex.

You don't need a man to feel frisky and sexy. Hit up Wreck Beach and show some skin and let loose a little!

Okay, so this isn't exactly in Vancouver but it's still close-ish. But nothing makes you forget about the city...and your ex...like a short road trip to somewhere beautiful. Show off your adventurous side at Bridal Veil Falls and everyone will be drooling over your beautiful waterfall shot.

Beer Island, also known as Habitat Island, is known for it's gorgeous views of downtown and it's low key atmosphere where you can drink in public and no one cares (kind of). Chilling at this location says that you're still a cool, down ass b*tch and you don't even care about him anymore. Ex-boyfriend who?