If you could have hard tacos or soft tacos, how many soft tacos would you have? 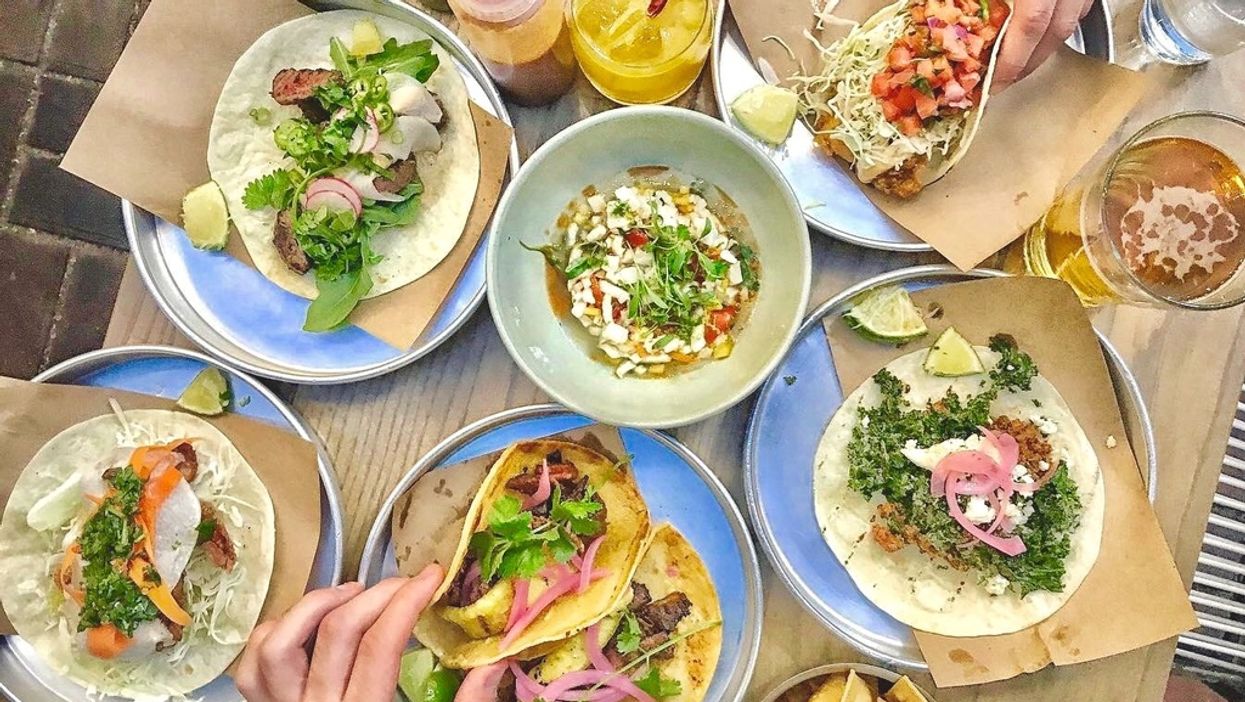 Certain foods are just fitting for certain seasons. Pumpkin spiced lattes and turkey-anything in the fall, hot chocolate and anything peppermint in the winter. What matches with summer though? Well among watermelon and any frozen beverage - tacos! Plates and plates of tacos on a sunny afternoon, and we know you're drooling just thinking about it!

READ ALSO: You're Not A True Vancouverite Unless You've Eaten 15 Of These 32 Foods

Although we'd rather keep it secret, we believe that a good taco is something to taco bout. Regardless of where you are in Vancouver and what your budget is, we've got you covered - here are the best taco joints in Vancouver, to complete your summer day!

It's fast, casual Mexican fare. With free-run protein, ocean-wise seafood and organic produce, it's a taco you can feel good about. Their Camarones - a tiger prawn taco with avocado pure and dried chile oil is a must try.

This Latin-American based joint has an awesome happy hour with $3 shots and $4 beer. Although their tacos are no slouch, the Cubano sandwich (featured above) is also worth talking about.

All day breakfast, as well as a strong offering of vegetarian and vegan options offered at a modest price. Their 'Leona Gayle' is a must try, with a smokey-sweet chipotle tofu.

With a vibrant, open-air patio in a Gastown alley, Tacofino is a popular Vancouver favourite. Their servings are large and their chorizo taco is a force to be reckoned with.

La Catrina focuses on bold combinations and incredible flavor in their tacos. Their Mole (chicken in chocolate mole sauce) and Cachete (slow-cooked beef cheeks) are addictive!

On the same block as Tacofino, this funky, neon joint is another Gastown gem. Among their tacos, they always have a locally brewed lager or pale ale for $3.75. What more do you need?

On the higher-end of Vancouver taco joints, La Mezcaleria enchants you with a charming and intimate atmosphere. Their tacos pair incredibly well with their Queso Fundido (molten cheese fondue in a stone bowl).

With 5 locations now open around Vancouver, it's easy to find a La Taqueria. It's even easier to take advantage of their Taco Wednesday special - six tacos for the price of four.

Boasting an all-vegetarian menu, their flavors are simple yet packed with flavor. Their fried cheese taco is incredibly satisfying with deep fried halloumi and an apple jicama slaw.

Sal Y Limon features their Mexican cuisine at very modest prices, with none of their tacos breaking $3. Their battered, deep-fried shrimp is a must-try; their roast lamb taco is another winner.

Hosting in Gastown, La Casita maintains this vibrant, yet authentic Mexican decor. They always have daily specials from $8-10 and their Taco Tuesday has tacos for $2.50!

Located in Kitsilano, Las Margaritas is another fantastic Mexican restaurant that emanates an authentic feel through decor. In addition to their tacos, their burritos are filling and packed with flavor!

Their fish tacos are underrated, but you can't argue the price or quality from their $4.95 food menu. And who hasn't tried their lucky lager before?

Tako is a creative take on Tacos, pushing them with Korean fusion. And the result is absolutely delicious. Their Busan Taco is a flavourful favourite.

High-end Mexican fare in an intimate, yet trendy atmosphere. Their tacos are out of this world with innovative flavors. Highly recommended is their Yucatan Achiote Chicken and Morita Chili BBQ Pulled Pork.

This Californian-Inspired Mexican Joint was featured in an episode of 'You Gotta Eat here'. And you definitely do, this fusion of Mexican and Californian flavours is something that has to be experienced first hand.