20 Reasons Why British Columbia Is The Best Province Ever 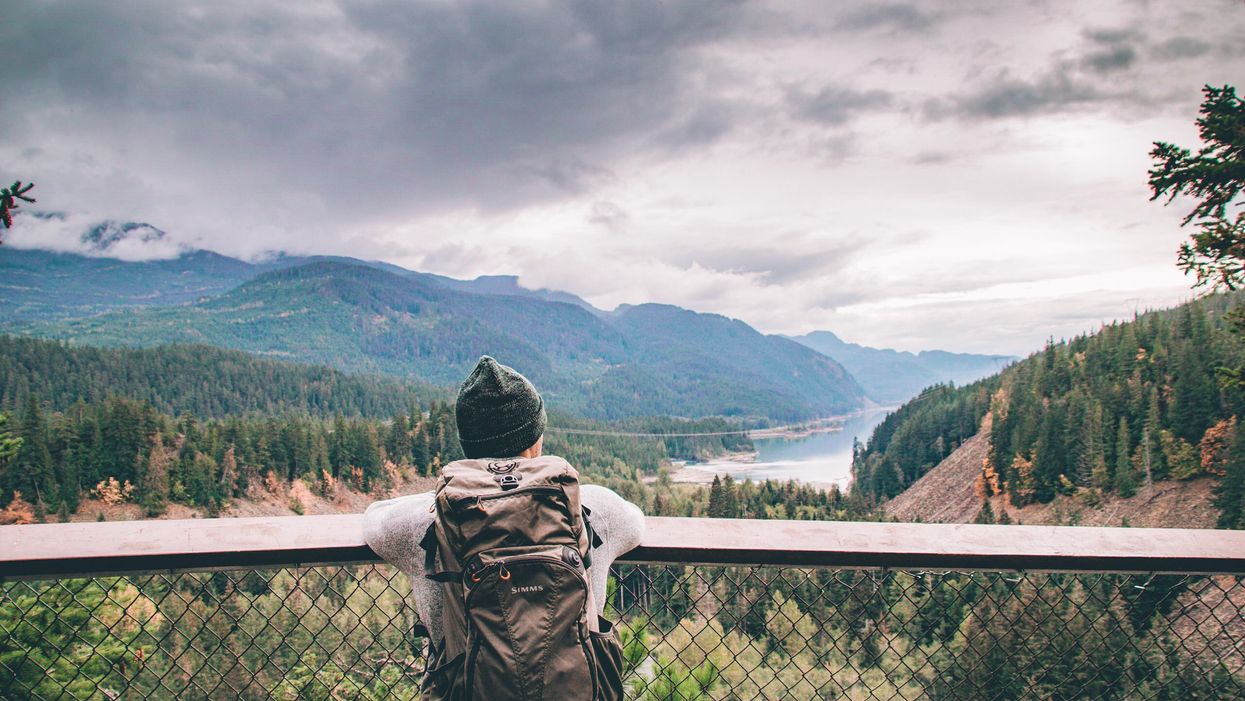 British Columbia is a wonderful province and the best place to let your spirit soar. Surrounded by breathtaking mountains and a sublime coastline, scattered with impressive islands, and filled with terrific people, can only begin to describe the sheer grandeur of such a remarkable location.

Nestled in the western corner of Canada, BC has endless opportunities for fun and awe, dazzling all those who have the privilege of seeing it for themselves.

Here are 20 reasons why British Columbia is the best province ever:

Undoubtably one of the best mountains in North America. Great skiing/boarding in the winter and come summer, stellar hiking and biking. Not to mention the spectacular views to-and-fro on Sea-to-Sky Highway.

The summer is the time to get that perfect tan. Hell, in the spring you can hit the slopes and take a dip in the ocean on the same day if you're really feeling motivated!

Need I say more. This city has it all, from a bumping nightlife to the beautiful Stanley Park. You will never run out of places to go and things to do.

I know, great name! Protected from logging and development, this divine ecosystem will remain unmarred for the years to come. Those bears got it good!

Instead of relying firmly on gas and oil for energy, BC Hydro provides clean energy to the majority of the province, leading the way for Canada and the world on finding ways to combat climate change.

Canadians love their hockey and BC's Vancouver Canucks always do us proud. Even if they don't win, this team is sure to spark some patriotism while you throwback a cold brew and pig out on poutine at the bar.

Craft beers in BC are blowing up with a near endless selection of that sweet nectar to get you buzzed. Oh... and if beer's not your thing, the Okanagan Valley is wine country!

British Columbia is the healthiest province in Canada. It's not hard to believe when you see the brigades of bicyclists and trimmed joggers hit the streets lined with health food stores and yoga studios.

The University of British Columbia is always one of the highest ranked schools in Canada and has consecutively been considered one of the top 50 universities in the world. It also doesn't hurt that this is the view while you're walking to class.

Need to escape the hustle and bustle, there's no better place to be. With amazing hiking trails all throughout the province, including the famed West Coast Trail in Victoria and Grouse Grind in North Vancouver.

Vancouver Island is the largest Pacific island east of New Zealand and home to the stunning capital of Victoria. There's just something about island life that helps all your worries fade away.

BC has some epic music festivals like Pemberton, Rifflandia, and Shambhala. That as well as the constant flow of great artists into Vancouver, really makes the music scene something to admire.

Whether you surf, sail, or swim, BC offers it all. Jump off majestic seaside cliffs, scuba dive the depths, and fish for that monster halibut. Of course, all while sharing the water with this incredible creature.

If fresh water is more your style, don't fret. BC has some of the world's prettiest lakes, rivers, and waterfalls (tallest in Canada) to keep you cool and content.

Vancouver restaurants are top notch. From a quick bite at your favorite sushi joint to fine dining, there is always a place to get your nosh on.

Recreational marijuana use is widely accepted in BC. So if that's your sort of thing, feel free to stop by any of the numerous dispensaries and sample some of that renowned BC bud.

Venture north into the province and with a little luck, you will find yourself bathed in the absolute splendor that is the Northern Lights. Sometimes the aurora can even be seen from Vancouver despite the city's glow.

BC is a diverse and happy place. With liberal values and positive attitudes, British Columbians are accepting of everyone. Home or holiday, BC will undeniably make you feel loved and inspired.

The resto later said "We've made some changes so we can still accommodate everybody, while not defying orders."

A restaurant in Vancouver has announced that they won't be following B.C.'s mandatory vaccine passport and says that they are frightened for their "kids future."

As of Monday, September 13, the province requires businesses such as restaurants and bars to ensure that customers provide proof of vaccination or use the B.C. Vaccine Card to enter establishments.


If you need a little pick-me-up, this TikTok video featuring a rescued B.C. grizzly bear's feeding time has you covered.

In a video posted by Kicking Horse Mountain Resort, a staff member is seen hanging out of a gondola, dropping all kinds of goodies to the rescued bear named Boo.