20 Things You Didn't Know About UBC

And if you don't know, now you know. 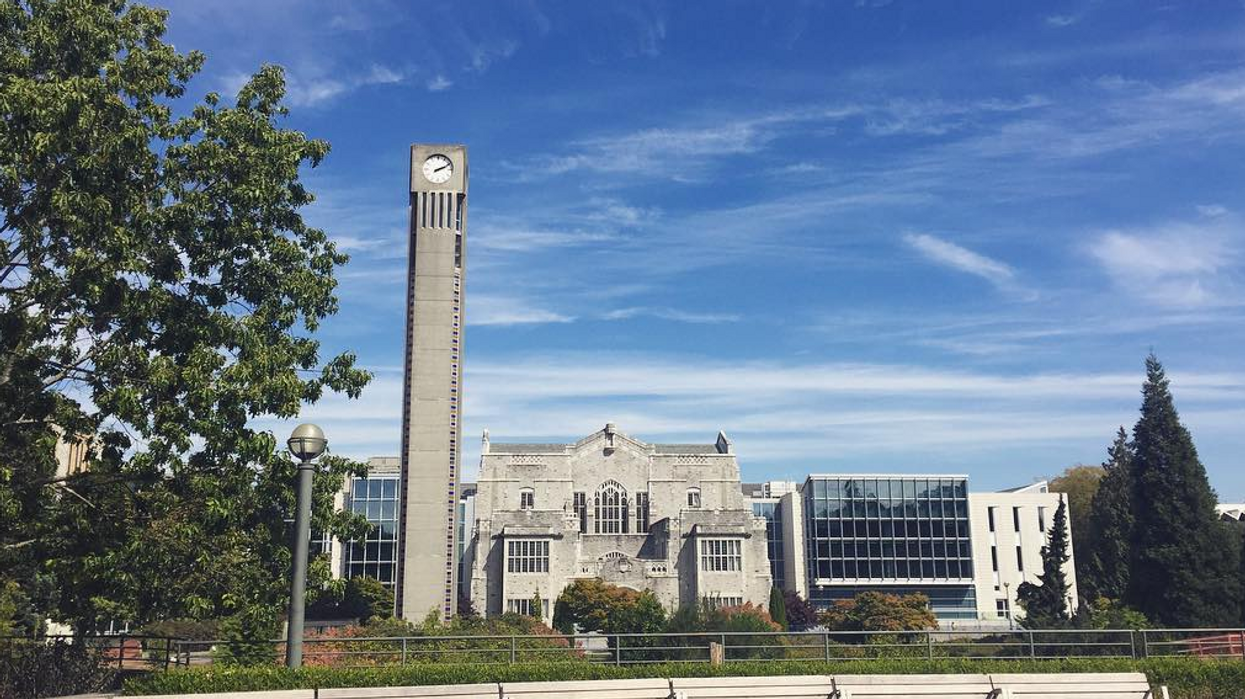 Aside from being the University of choice for over 60 thousand students, UBC wears many hats, including being the scene for many different big picture movies and TV shows. UBC has also watched many of their graduates become huge stars and political mavericks. So wether you're an alumnus or searching for schools to attend, here is a list of things you might not know about UBC.

2. Evangeline Lily, the star of Lost, Hurt Locker and The Hobbit films graduated with a degree in international relations from UBC.

3. Smallville was filmed on the UBC campus.

4. David Suzuki is the reason why UBC has a pub.

5. The UBC skatepark was the first campus skatepark in North America.

6. The Museum of Anthropology is home to the First Nations carving that is featured on the $20 bill.

7. Tiny mirrors on the side of the Bio-Science building bounce sunlight into the building to provide overhead lighting.

8. Juno award winner Dan Mangan graduated with a BA in 2006.

9. Kim Campbell graduated with a BA in political sciences from UBC.

10. The Exorcism of Emily Rose was filmed on campus.

11. George F.G. Stanley, the designer of the Canadian Flag taught at UBC.

13. The Nitobe Garden on campus is one the most authentic Japanese gardens in North America and it was designed to look like a map of the Milky Way.

14. Paralympian Rick Hansen was the first student with a physical disability to graduate from PhysEd at UBC.

15. The sororities at UBC conduct the largest and most successful recruitment in all of Canada. Over 400 women joined last year.

16. The earliest cheerleaders at UBC were all male and were known as yell leaders. The chief yell leader was the Yell King.

18. Prime Minister John Turner graduated from UBC and was on student council as Coordinator of Activities during his time there.

"Yesterday's announcement was misleading and inadequate."

The University of Toronto announced this week that all students who are returning to campus this fall either need to be fully vaccinated or submit a negative COVID-19 test 72 hours before their visit.

However, now the U of T Faculty Association (UTFA) is criticizing the announcement and is saying it "does little to ensure a safe return."

The university will require self-testing for unvaccinated students on campus.

The University of Toronto announced on July 29 that students, staff and faculty participating in activities deemed to carry a high risk of COVID-19 transmission will need to be fully vaccinated and "self-declare their vaccination status."

A new ranking of the best universities in the world for global impact named three Canadian institutions as top schools.

The Times Higher Education Impact Rankings assessed universities from all over the world based on the 17 United Nations Sustainable Development Goals, which include no poverty, zero hunger, gender equality, sustainable cities and communities, climate action and more.