23 Signs You Grew Up In North Delta 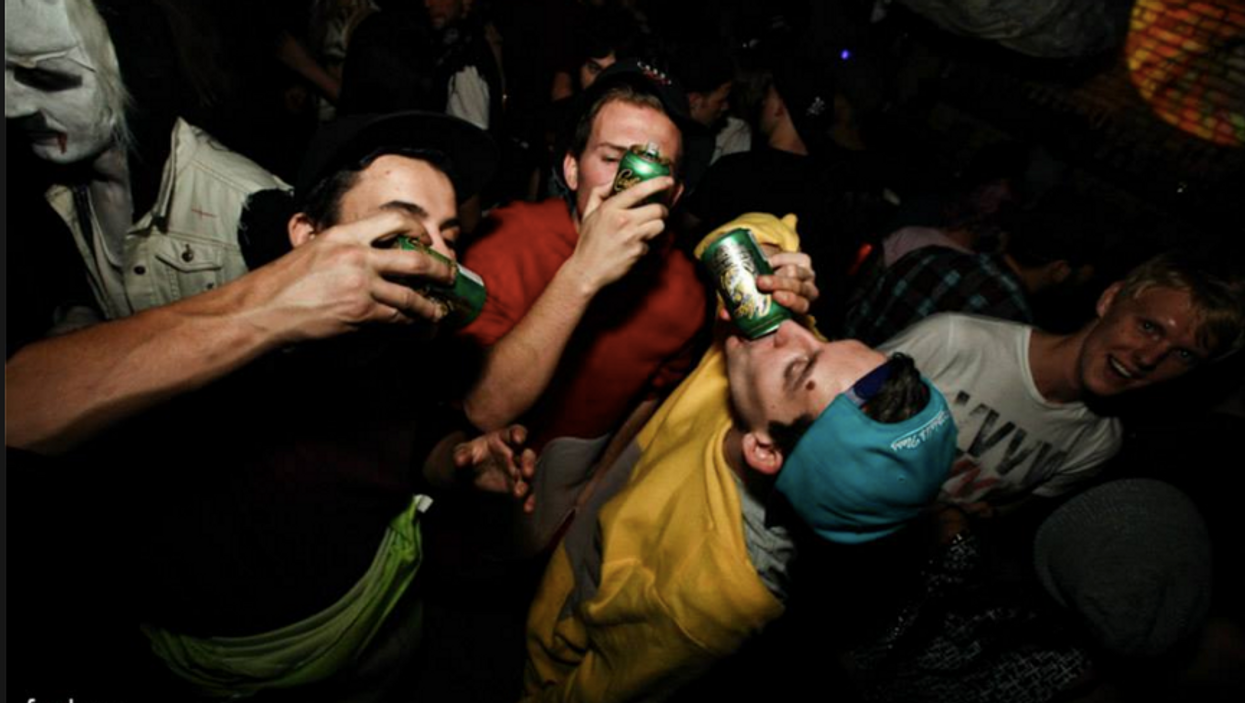 If you grew up in Delta, you either made it out of the suburb, or you're stuck living in your parents' basement. If you're a part of the vast majority that didn't leave Delta, you're probably still going to the Delta Lion Pub every weekend and working out at Sungod Recreation Centre during the weekdays — but who's to judge?

Being a product of Delta myself, I can say that the following is curated with love -- mostly. If you grew up in North Delta, here are some things that you may relate to:

1. Gourmet Pita was the spot before Pita Pit came into the mix.

5. You know at least one homie who has gone pro.

Shout outs to the ND Skatepark.

6. You also know at least five other homies who claim they went pro.

7. Millennium Market was the hook up for buying smokes underage.

You sure you're not a narc, bro?

Or you learned how to drive in the parking lot.

9. You’ve been to a field party at Annieville or Seaquam.

10. You grew up with that one kid who is still trying to be a musician/artist/rapper.

11. You celebrated your 19th birthday at the Delta Lion Pub.

12. You’ve hung out at Scottsdale Mall.

That Chinese Food Joint is literally all its good for.

…and getting blackout drunk and missing the last skytrain.

...and they probably confiscated your marijuana.

16. You've went on a date at Cineplex in Strawberry Hill.

Probably hung out at Chapters afterwards, too.

17. One of the hardest decisions you’d have to make is choosing between Akari Sushi and Minori.

18. One of the best things to happen to Delta was Krispy Kreme Donuts.

Half off a dozen donuts after 10PM…FYI.

19. You either worked at Earls or Cactus Club.

Or both. (You probably still do.)

20. You probably graduated with a Double Dogwood Diploma.

Or didn’t graduate at all.

You definitely had a date to the Boys and Girls club dance.

Make sure you tell everyone this when you meet them.

23. You tell everyone you hate Delta.

Home is where the heart is, or where your parents are.

COVID-19 Cases In BC Could Shatter All-Time Records Soon, According To New Data

Cases are doubling every nine days or less.

A new report suggests that B.C. COVID-19 cases are set to skyrocket in the fall if they keep heading in the same direction.

The report by the BC COVID-19 Modelling Group was published on August 18. As of now, COVID-19 cases in the province are doubling every nine days or less.

It will look a lot different for vaccinated and unvaccinated people, experts say.


Experts agree that the fourth wave of COVID-19 in Canada is on the horizon, leading to many discussions about what it will look like.

Here's everything you need to know about it, including how it will spread and who will be affected, according to experts and government officials.

Delta is launching the first quarantine-free travel to Europe via the Atlanta Airport.
Puma330 | Dreamstime

Delta Air Lines is about to launch a first-of-its-kind COVID-19 testing program that will finally allow trans-Atlantic travel.

According to a news release, the company teamed up with Hartsfield-Jackson Atlanta International Airport and the Aeroporti di Roma to create a trial program that will enable quarantine-free entry into Italy.

What's better than Italian food? More Italian food. But maybe don't rush off to Anton's - you're still cringing from the last time you tried to win that stupid pen. How about a night market? Not Richmond or Lonsdale quay, that's so last June. We're talking about a full-blown, Italian-themed night market that's hitting Vancouver for the rest of summer.

READ ALSO: This Street In Vancouver Will Be Closed Off For A Massive Games Night And It's Free