24 Struggles Every Vancouver Dancer Knows All Too Well

"Can you bring speakers?!" 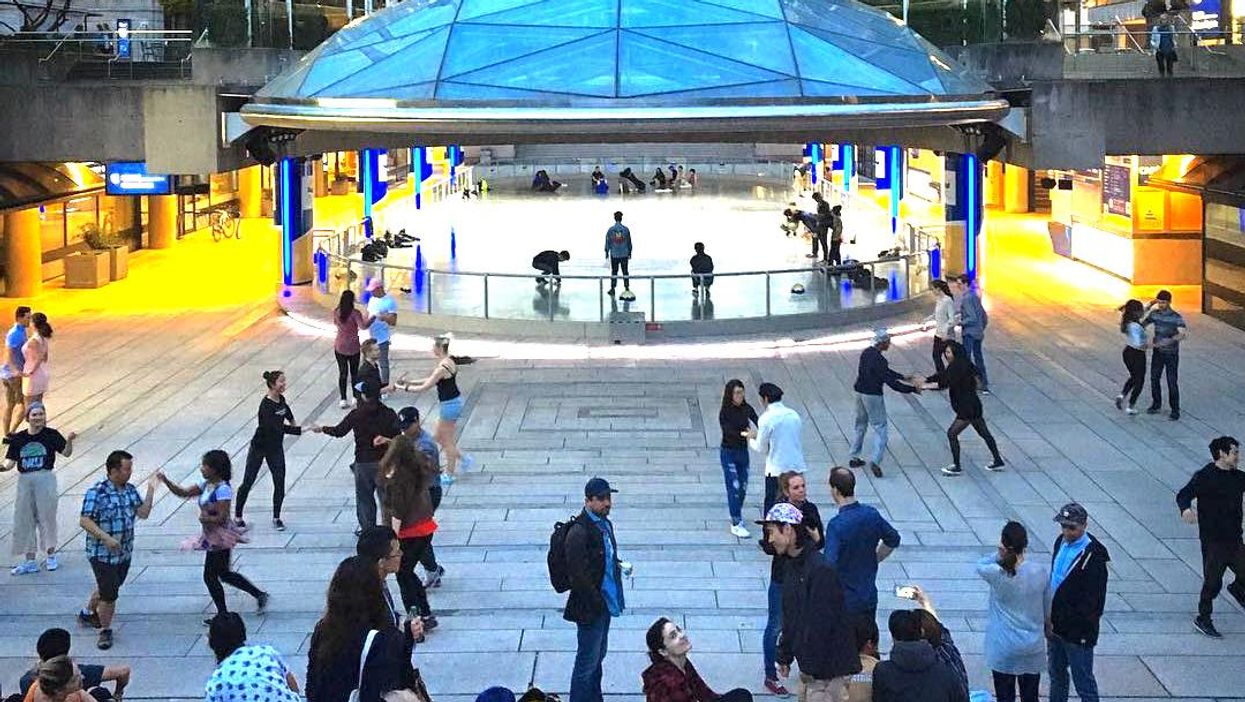 Have you too had to endure the cold during a rehearsal at Robson Square?

RHETORICAL! Of course you have. Where else were you going to rehearse until 1am the night before a competition?

From constantly having to fly back and forth to LA for training and competitions, to trying to keep up with and fully execute a Scott Forsyth class, Vancouver dancers have it hard.

Bruh, the struggle out here is real, but the dance #Community wouldn't #PraiseTeams from here #247 if we weren't out here being #Soldiers and striving to be such an #Illustrativesociety. Ok, puns aside.. who else #Harbours these struggles too?!

1. We'll say it again for the people in the back: cold, long rehearsals at Robson Square.

Even worse is when someone takes your reflection mirror space there.

2. Having to rely on Translink to get you to class on time.

It's just plain savage trying to catch up in a level 3 class when you're 10 minutes late.

3. Trying to afford studio and class fees while still having enough for rent...life.

Who needs to afford to live when dance is life?

4. When there's a fire workshop, but it's in Surrey.

5. Trying to make your first class at Harbour, then having to try to race out to Studio 604 in 30 minutes for your second class.

6. The biggest club night of the year for you isn't New Years or Halloween, it's the night of "The Main Event".

We don't always "turn up" due to odd work schedules, rehearsals, and classes. But when we do.. We go until we look like this.

7. Having team rehearsals and Scotia Dance Centre and having to wait in the lounge in between studio slots.

The lounge has like 1 small couch and 4 chairs. How did they expect a team of 10-20 to comfortably be able to hang out there?

8. Trying to explain to every new dancer that a "concept video" at Science World or Robson Square is just not original.

There there, don't worry. You'll find a better spot.

9. Having to beg the workers at the A&W on Robson to use the washroom because the one at UBC Robson Square is closed.

Everyone has done this.

10. Stepping out of a late class at Scotia or Harbour and realizing you're on Granville Street on a weekend night in sweatpants.

You've been there looking like a hot mess and you know it.

12. Due to LA being the mecca of dance, your regularly scheduled classes consist of a constant rotation of subs.

WE GET IT. THE WORLD NEEDS TO LEARN FROM YOU. BUT SO DO WE!

"OMG I HAVEN'T SEEN YOU IN FOREVER! HOW HAVE YOU BEEN?!" Nah, miss me with that.

Class in Timbs? I'm just getting going with the vibe of the class bro.

15. How many of us hate the rubber floors at Scotia?

Alternatively: How many of us have rolled our ankles because of it?

16. Vancouver is so small that you have to choose which friends you're going to betray when you buy tickets to their show.

You bought tickets at the door anyway.

Come on guys, we're better than that. We should count.

18. You came to class in sweatpants and the choreographer is in skinny jeans, Air Max 97', and a Stüssy bomber.

My bad, I thought we were having a class not a fashion show.

19. Not being able to go full out in a class because your shoes got soaked in the rain.

Have you ever tried to do a Pas De Bourree in wet Nikes? Foolish.

20. The #Roadtobodyrock is a flight and you wish it wasn't.

And if you actually drove to San Diego from Vancouver you're a savage.

21. A3 District is too far but the classes are too good.

It's a trek into the unknown but is well worth it.

23. Trying to walk in downtown without running into an old dancer friend after having taken a break from dance.

The sadness associated with missing a years worth of class is unbearable. Even more unbearable is having to explain that to someone when you run into them.

24. You haven't danced in a while and are going to/have told a friend that you should take a class together ASAP.

"We HAVE to go to a class at Harbour this summer bro!!" -You.