Something new for every day and every week! 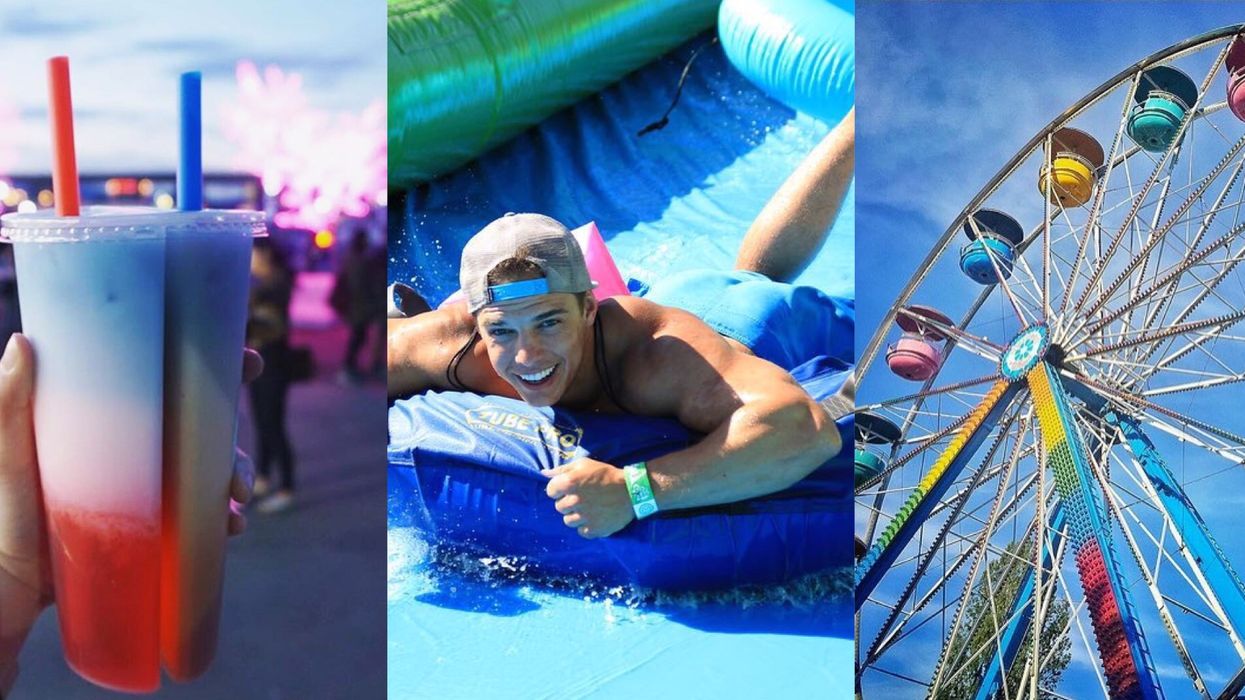 With the fireworks taking place, Pride events just starting and the tons and tons of food fairs and night markets, it's impossible to keep track of all the events in Vancouver. Nobody likes forgetting or being unprepared for a huge event and the only thing worse than that is a bit of FOMO.

READ ALSO: This New Ice Cream Shop Is Opening Tomorrow In Vancouver And It's Going To Be Boujee AF

Luckily, we've got you covered. Although we couldn't knock down every event, we've got a different event or activity for every remaining day of August. After all, it's summer, it's time to Carpe Diem. What better way to do so than by having your own personal list to start carpin all those diems.

Pick your week and find your day!

To start with August 4th to 6th, hit next!

One of Vancouver's best taco places will be having a party with vodka and margarita specials, amazing music and a drag show!

It's the grand finale of the 2017 Celebration of Lights! Be sure to find a good spot early and plan in advance!

Thank God for stat holidays, it means one more day to soak in some R&R. Why not try one of these amazing beaches in BC?

The Canadians take on the Tri-City Dust Devils. You may not like baseball, but it's more a social event and an excuse to drink for 3 hours straight.

It'll be nothing but white tables across the entire length of the beautiful White Rock Pier. More info can be found here!

Stanley Park isn't the only place to catch and outdoor flick. You can catch one here for free and on August 10th, Dreamworks' latest 'Trolls" is being played.

The Shipyards Night Market is always buzzing with live music, food, a beer garden and being just moments away from Tap & Barrel (for more drinks of course!).

It's the final day of the Red Truck Concert Series, and the perfect way to kick back with great beer and better music!

The 1000 ft. waterslide is back and just in time to beat the summer heat! You can still get your tickets to get in on the action!

There's just no shortage of activities at Stanley Park this summer, and this outdoor play makes for an adorable date idea.

Weekdays are the best bet to avoid crowds at Playland and with half-price off your ride pass, there are no more excuses to get your scream on!

Wednesday means you HAVE to take advantage of La Taqueria's 6 for 4 taco deal! You'll probably buy more, but you'll be saving money while you do it!

What's the best way to get over the humpday blues? How about BC's backyard and a sweet (but overused) insta?

It's Vancouver's biggest sports festival with basketball, beach volleyball and every other sport hitting Kitsilano!

It's the final weekend of Whistler's annual Crankworx festival. The stunts are bigger, the city is bumping and the clubs will be buzzing.

The PNE wants you to do cardio (5 km specifically) all whilst stuffing your face with their famous mini donuts. We don't know about the cardio part, but we're always down to eat.

A Black Moon is coming to Vancouver and you can't miss the celestial event of the year! For more info, read here!

The Fair at the PNE is back and on the 22nd they're giving free gate admission! You best come early to beat the lines!

Country music fan or not, High Valley is one of the highlights of the PNE's summer concert lineup, and great value for your buck!

Diner En Blanc is back with it's white and prestige, and it's sure to be one of the hottest events this August.

What complements a Friday evening more than friends (and maybe a few drinks)? Mix in some ice cream and you're off to a good start! We have the best ice cream spots in Vancouver for you to try!

Where has the time gone? Have you even had a rotatoe yet? For the craziest food, best games, and probably stalls and stalls of fidget spinners, head over to the night market!

Free salmon cooked right in front of your eyes, all you need to do is bring your own plates and cutlery!

For the last week of August, hit 'Next'!

What better way allows you to get out of your bubble and rediscover Vancouver than with this scavenger hunt!

The Fair is quickly coming to an end! The PNE is offering one more day of free admission and it'd be a shame not to take advantage!

The first 200 cars to park get the opportunity to enjoy a drive-in theatre, the Starlight Theatre will be showing Grease!

To truly end of your summer with a bang (and perhaps meat sweats), you've got to check out this list of food challenges local to Vancouver!