30 Hairstylists In Vancouver You Need To Know About In 2018 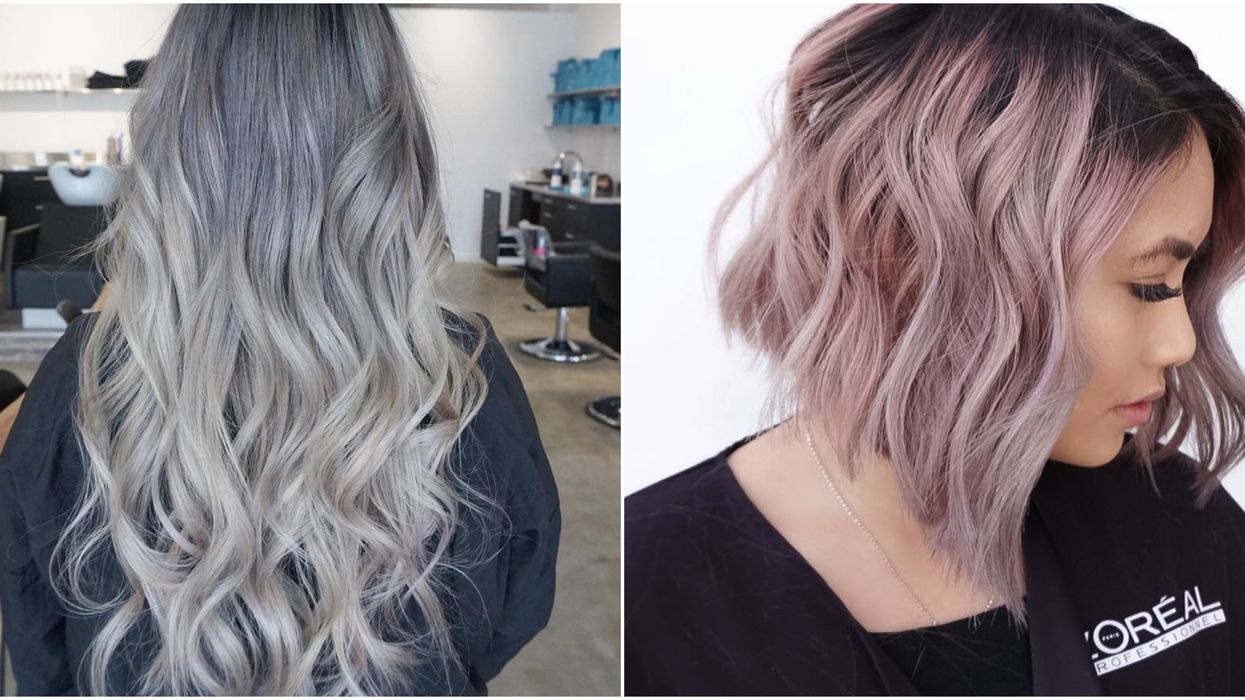 There is no better glow-up than getting a fresh new hairstyle, or getting a brand new colour. And what better time to get it done than the start of summer - freshen up your look by going blonde, or getting some highlights put in!

Luckily, we have an abundance of great local hairstylists here in Vancouver, and many of them showcase their talents over their social media platforms. If you're looking for a new hairstylist to update your look - look no further than this list of local Vancouver hairstylists that you need to know about!

Make sure to support your talented local hairstylists, check out and show them some love on Instagram! Toby is a hairstylist at Cult Salon, and is a blonde and Asian colour specialist - so if you have a specific look you're after, check him out! Based in Yaletown at is. Salon, Kayla specialises in balayage, blondes, and babylights - perfect for summer trends!

Danielle is a travelling stylist around the Burnaby and Vancouver area, and her expertise lies in cuts, colours, balayage, and bridal hairstyles! Gloria is a hairstylist at Hennessey Salon, with her expertise lying in balayage and ash - a colour that is super on trend at the moment!

Vania is a hairstylist at Boccoli Hair Salon, and specialises in a range of different hair types - so if you have dark or light hair, check out her work! Monika has been featured on beauty lists on Allure Magazine's website, and her work speaks for itself! She specialises in blonde hair and colour correction. Jade is a stylist at Fuck Bad Hair, specialising in hair extensions and braiding - but is currently concentrating on toning and colour correction.

Teresa is located in Surrey, and is a colourist specialising in balayage, blonde, and highlights! Natalie is a hairstylist at Zennkai Salon, and has a wide set of skills including balayage and ombre, hair extensions, creative hair colours, and blonde hair! Ashley is a freelance hairstylist specialising in blonde, balayage and hair extensions. Her before and after pictures of her work are amazing! Elise is a Vancouver hairstylist who specialises in balayage, blonde, and colour corrections! Devon is a hairstylist based in Vancouver, specialising in hair colouring at Style Lab HQ! Melissa is based at Workshop Salon, and specialises in smoothing treatments, as well as tape in and infusion extensions and colouring. She works with all hair types - so check her work out! Paige is a hairstylist at Union Salon, and is a colour specialist - working her magic on both light and dark hair! Located in Surrey, Ali is a hairstylist at Salon Montage, and specialises in balayage and hand painting - if you need highlights to brighten up your look this summer, you know who to go to! Janelle is a hairstylist based in Downtown Vancouver, with 16 years of experience - specialising in tape in extensions, precision cuts, colour correction, and keratin! Michael is the salon owner of Michael Levine Salon Group, and since opening his first salon in 1998, he has opened 9 different hair salons under various brands and concepts. Based in North Vancouver, Brittany is a hairstylist at Vanilla Loft and specialises in blondes and pastels! Gienny is a stylist and colourist, and her expertise lies in colour correction and ashy tones - her before and after pictures on her feed showcase her talents! Richard is a hairstylist specialising in cuts and colouring, and his Instagram feed will make you have serious hair envy! Tara is a hairstylist at Axis Hair Salon, as well as an educator at John Casablancas Institute - she specialises in a wide range of areas including blonde, balayage, creative colours, and copper! Alex is a hairstylist at Boccoli Hair Salon, and her ash and pastel colours on her Instagram feed are a treat for the eyes! If you need mermaid pastel hair for the summer, you know who to go to! Armineh is a hairstylist specialising in colour, and works with a variety of hair types! Camia is a senior stylist at Life and Colour Salon, and specialises in blondes, brunettes, balayage, men's cuts, and curly hair! Cynthia is a hairstylist specialising in balayage - if you have long hair you'll want to check her out!

Madison is a hairstylist at Axis Hair Salon, and received a JCI Colourist of the Year Award in 2016/2017. If you need an update to your hair this summer, check her out! Judy is a hairstylist at ICE Studio, and works on both light and dark hair. If you've never tried balayage before, it is a seriously fresh update to your look! Genevieve is a hairstylist and owner at Titanium Studios, and was nominated for the Women's Entrepreneur Awards - check out her wide range of talents on her Instagram feed! Tess Marie is an independent hair stylist specialising in blonde and balayage - the perfect styles for summer! Kelsie is based in Burnaby and specialises in balayage and colour corrections - we love seeing before and after pictures of work, and her Instagram feed definitely shows her talent!