Get ready to give your credit card a workout 💳 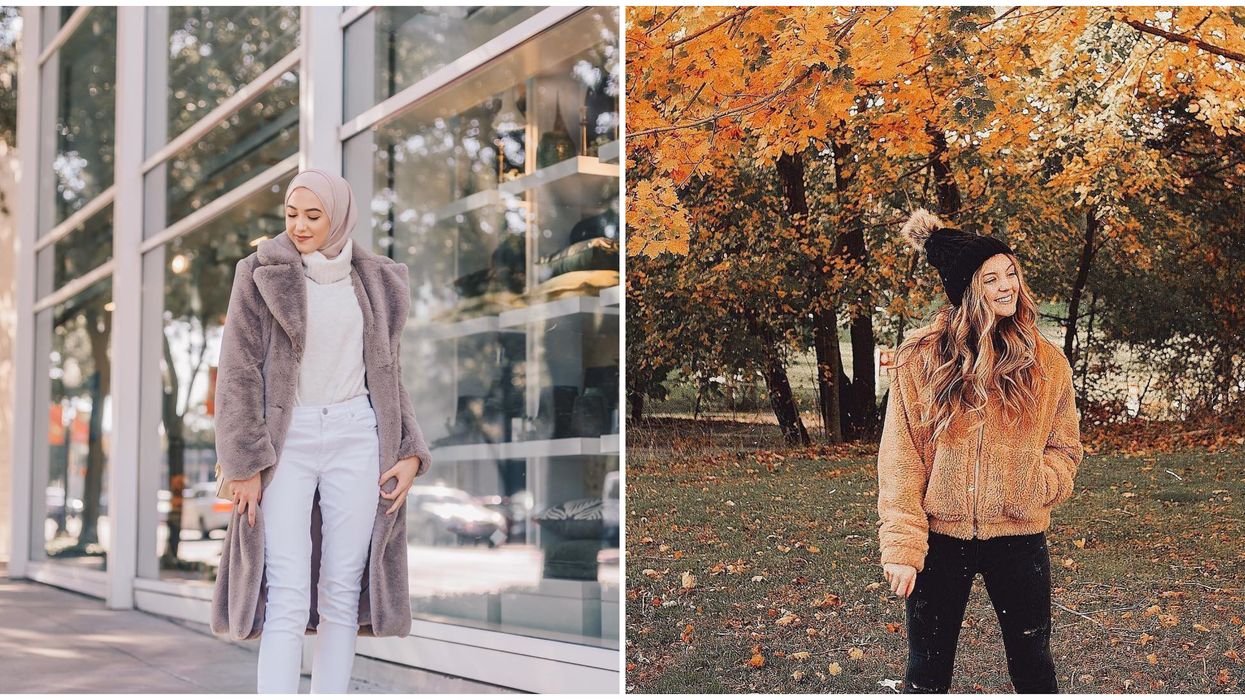 Black Friday might not have its origins in Canada but it's become so popular in recent years that basically every store is expected to have a sale. Once just a kooky part of American culture, Black Friday in Vancouver is eclipsing even Boxing Day now according to the Retail Council of Canada.

This shift is only good news for us, so whether your eyes light up or roll when someone mentions Black Friday sales you're in for a treat. It's important to save money around the holidays. That goes double if you're like me and you're saving up for your next epic vacation! Black Friday deals let you score on gifts in time for Christmas making it way more useful than Boxing Day!

This year, Black Friday is on November 23 so it's still early to have all the details on sales. Especially in Vancouver, companies and stores are super secretive about the deals they'll be offering. That kind of makes shopping even more exciting! This list will give you the highlights of what to expect in Vancouver on Black Friday and the kinds of deals you'll be able to get.

Don't forget that if you're looking to save money while still living large, then you need to check out all the sweet Groupon deals in Vancouver right now. Plus, they make great gifts! Tons of your Black Friday and Cyber Monday shopping can even be done at home in your comfy pants. So login to your accounts and brave the crowded stores and malls in Vancouver, you're in for some sweet deals!

Artizia might be Vancouver's favourite clothing retailer. You just need to look at the wild and crazed success of their annual end-of-summer warehouse sales to know the thirst is real. This Black Friday, Artizia will be offering up to 50% off select Fall and Winter styles both online and in stores from Friday, November 22 to Monday, November 26.

Vancouverites, myself definitely included, don their Herschel bags with pride! This hometown label is a worldwide success and we're so excited for their deals this Black Friday. Although reps wouldn't mention exact details at the time of publication, Herschel's new Gastown location will be having Black Friday deals in store. You can get in on the deals online all weekend long, too!

Native Shoes are being a little bit hush-hush on this, but there will Black Friday be deals to be had! If you want to be among the first to find out the specifics of their promo, then try signing up for their newsletter. If you've never owned a pair of Native Shoes, then you are honestly missing out. They're durable, sleek and basically the most fun you can have with shoes.

Gentlemen, get your measurements ready for this hot sale at Indochino! Their suits will elevate your look to the next level. You'll be able to get suits from as little as $369, which is a steal because they're usually $1000. Do yourself a favour and get in on this deal either in-store or online. Stock up on your favourite Sephora goodies at a discount. Sephora is already running their Black Friday preview. You can score products for under $20 on their website and you can expect to save even more on Black Friday!

Nordstrom will be having "The Score", their Black Friday event for one day only on Friday, November 23. You should sign up for their newsletter to find out first about their deals, but if they're anything like last year they are worth the wait! Thank you, Urban Outfitters. Where else would we stock up on BDG jeans, thermals and party dresses if it weren't for you? For Black Friday you'll find deals on pretty much everything both online and in-store. For example, their UO Coraline Cozy Wrap Dress, usually $59 will be $34.

You'll be able to get boots and shoes at Aldo at a deep discount this Black Friday. You can expect selected styles to be up to 50% off! Aldo also sells a ton of accessories that make great stocking stuffers and it's always nice to have extra cosy socks this time of year. With the brand new flagship store on Robson, you can bet that Chapters will have seriously enticing sales this Black Friday. Starting on Thursday, November 22, you'll be able to get in on the deals online. Sign up for their newsletter and keep your eyes peeled for the deals they're about to announce! Banana Republic clothing will be on sale for Black Friday! Their outfits make dressing for work actually fun. Check them out in-store and online. This Montreal-based brand will be doing up a good old-fashioned 50% off sale for Black Friday. Check them out online or at their Park Royal location. If you love The Body Shop, then you probably wait all year for their Black Friday deals. Expect 40% their products and gift sets so you'll be able to really stock up. These deals make ideal stocking stuffers and it's handy to have a few little extra gift sets on hand during the holidays in case you get invited to a last-minute party! Shop local this Black Friday on West 4th! You'll find retailers offering great deals so you can feel good about maxing out your credit card because you're supporting local businesses. Shopping on West 4th on Black Friday is way more relaxed than hitting Robson Street or the mall, plus you'll find hidden gem deals.

Your La Senza favourites are going to be on sale for Black Friday, so don't miss out on the chance to save big on the bras, panties, PJs and accessories that you'd probably buy anyway! If you'll be getting your Black Friday shopping done on South Granville, then you'll want to check out Willams Sonoma. This place has 'Christmas gifts for Mom' written all over it! Plus, anyone who loves cooking or watching the Food Network will love this place. Although there are no deals announced as of yet, Zara usually goes 30% off on Black Friday. It's kind of a big deal because Zara rarely has sales at all. Experiment with makeup and create exciting looks with NYX Cosmetics deals on Black Friday! No matter the look you're going for, you'll be able to put it together on the cheap. Their Black Friday deals will slash the prices on their already affordable cosmetics. During the holiday season, I love to visit London Drugs! I love how a gift can be at once practical and lovely. For Black Friday, expect deals on electronics, computers and more. Did you know that IKEA gets in on the Black Friday hullabaloo, too? It's good news if you're in the market for a new mattress, kitchen appliances or media storage units!

Victoria Secret's biggest sale of the year will include 40% off PJ tops and bottoms and free slippers with the purchase of a PJ set. There will also be deals announced later about their fitness clothes, bras, panties and more! Sign up for their newsletter to find out more. Need to pick up a pair of sneakers? Foot Locker always has good Black Friday deals! Treat yourself to a fresh pair of your favourite sneakers so you can do the rest of your holiday shopping in comfort and style. Attention all bargain hunters, there are deals to be had at Sport Chek! Select women's shoes and clothes will be up to 50% off. Online, I saw North Face jackets for 40% off! In the market for a new phone, gaming system or computer, then check out Microsoft's deals on Black Friday. You can get deals on games, accessories, and of course computers! Canadian Tire is one of those old-school institutions that still mail out flyers and I love that about them. Around Black Friday, expect deals on tons of stuff both in-store and online. Check out their online flyer (I'm serious) to save on Christmas decorations, kitchen appliances and, obviously, tires! Retail monolith Amazon will be offering deals on everything from A to Z on Black Friday. I bet that if you have Prime, then you'll have access to even better deals!

Nintendo might not be a store in Vancouver, per se, but Vancouverites need to know about their sweet Black Friday deal. They're selling a Nintendo Switch bundle that comes with Mario Kart 8 Deluxe for $379.99, so you'll basically get the game for free! I can't help myself! I'm too excited about these gaming deals! PlayStation is doing a special bundle for a PlayStation 4 plus their new Spiderman game for only $259.99 which is amazing because the PlayStation alone is usually around $379.99. Walmart is doing up Black Friday with discounts on basically everything you can imagine. Save big on beauty, electronics, things around the house and more. Maybe now is a good time to get that robotic vacuum you’ve always wanted for only $199.98!

If you’re looking to save money on electronics this year, then the Black Friday event at Best Buy is your best bet. Get a chromebook for $199.99 and a sleek looking espresso machine for $499.99 and just picture how peaceful your mornings will be with a brand new superfast computer and a homemade latte. Gaming is an expensive hobby and that’s why Black Friday is so appealing for gamers. EB Games will start their sale early on November 22, so sign up to their newsletter to be the first to hear about their seriously money-saving offers.