5 Nudist Beaches To Accidentally Stumble On In BC

Did you pack your birthday suit? 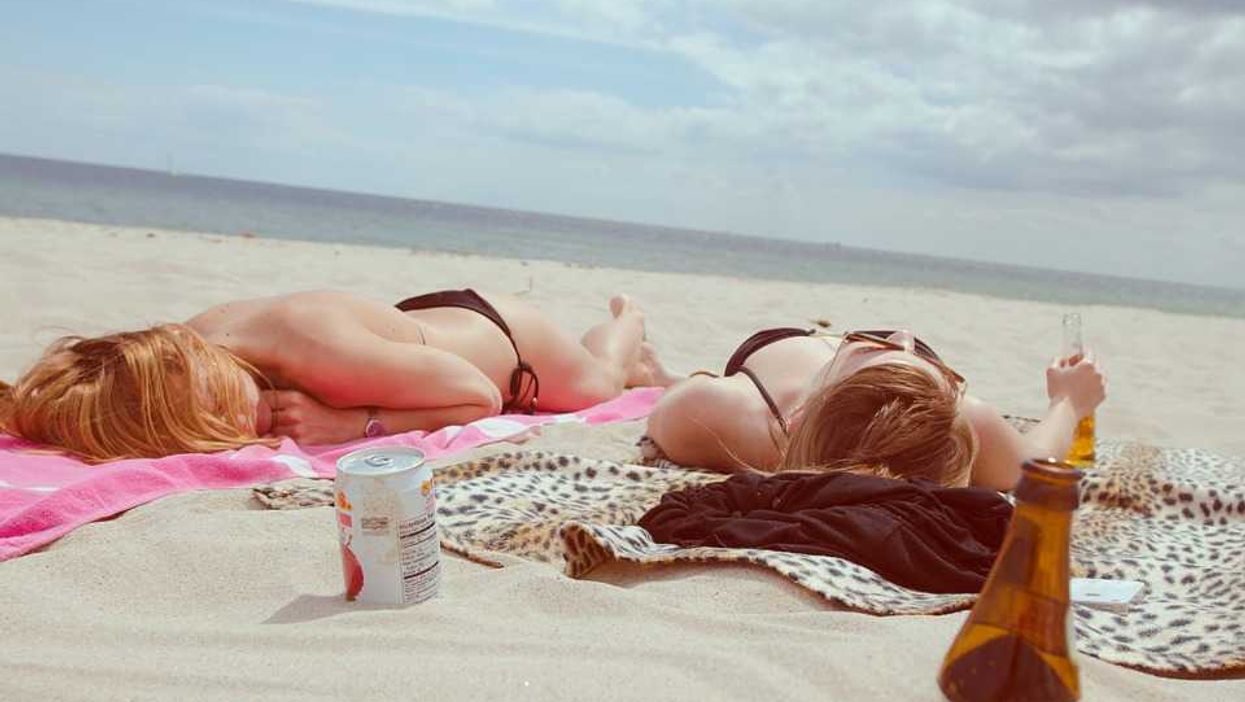 Oops! How did we end up here? Not that we’re complaining or anything...

Welcome to British Columbia, Canada’s most laid back province. Known to be v chill, BC gets its rep from combining the greatest parts of nature with our 4/20 friendly vibe. Listen, if you aren’t landlocked, there is no reason to not have a nude beach in your area...but maybe that’s just the weed talking...

BC gives zeros fvcks about the fast paced East Coast life and would much rather grab their paddle board or yoga mat, light up and be one with nature. Nude beaches are just par for the course. Plus, being topless woman in BC is totally legal, so throw your shade elsewhere, I’m trying to get a tan.

The locals have all been to Wreck at least once in their life if not frequenting the most famous nude beach every summer. If you’re coming into town you can absolutely check out Third Beach with all the rest of the tourists but if you’re smart you’ll dress down and immerse yourself in the community of free-loving-beings!

I mean, come ON. As if the first thing you to do when you get home isn’t whipping off your bra and taking off your pants anyway. By that logic, why not do it when you’re surrounded by hot sand with the ocean a stone’s throw away. Literally, you can skip rocks here too, there are some great rocks here. Seriously, this reefer is choice.

There is a sweet feeling of freedom when you can strut your stuff in the buff with the warm breeze between your...well you know...and I think you’re finally old enough to not laugh at the sight of someone’s double 0 and 7.

So chase that freedom vibe. Pack light. Very light. And get pile into your friend’s Sedan. Summer’s coming.

Without further ado, here are the beaches!

Arguably the most well-known nude beach in BC and summer destination for many people. It's also the largest nude beach in Canada, y'all! Catch some UBC students wandering the shoreline as Wreck beach is adjacent to the province's largest campus.

Don't be put off by the million stairs you have to hike down before you hit the beach. When you get down you can Wander the shore and shop from the local vendors. With over 5km of legally nude sands, you don't have to go buck to be allowed on the beach but it is encouraged.

This natural Hot Springs tucked away in the East Kootenays in a very remote part of BC. It's not necessarily dubbed a "clothing optional beach" but people often frequent this nook in the nude.

PS. THAT STEAM THOUGH!

Welcome to the Southside of Surrey!

Legally, this beach is a nude beach because it's outside of the RCMP's jurisdiction but the city asks that nudies use in "out of sight" areas of the beach as this beach is also home to about 1200 residents.

Keep your panties on for the 5-minute ferry ride (free of charge) from Surrey across the Parson's Channel but then drop trunk for sunbathing and beach volleyball!

It's about 10km from the ferry to the beach so bring your bike and cruise down to the beach. Legally I'm not allowed to tell you to bring beer so I'll just leave that part out ? .

Nothing says nude beach more than being located next to a Provincial Park...

That said, Little Tribune Bay is considered a 'naturist beach' which does mean clothing optional and a lot of people take it up on its offer. How can you not with that inviting white sand and some of the warmest waters in BC?