6 BC Universities As Characters From The Office

No, the British version isn't better. 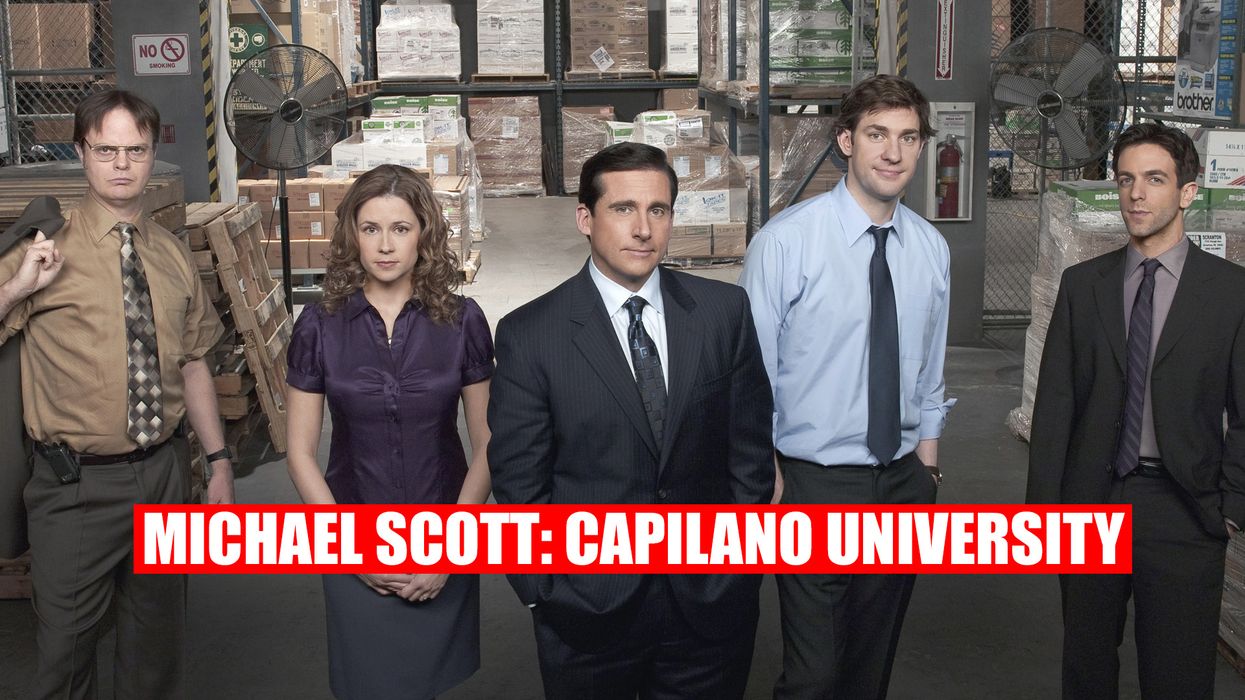 We've all heard the stories and rumours: "The British version is soooo much better." Yeah, yeah. But tell me, how much do you love Dwight's outrageous antics? Or Jim's adorable face when he breaks the fourth wall? Or how about the zillion different ways Michael comes up with "that's what she said".

Each character does a great job at rounding out the different personalities in an office and it got me thinking: aren't BC Universities all unique in their own ways?

So read below for my take on how these characters from The Office fare in comparison with these schools.

Oh, Jim. Big Tuna. The popular one. Everyone in Scranton (and at home) loves Jim and wants to be his friend...except for maybe Dwight. Much like Jim, UBC is also crowned "most popular" with the highest number of applications a year because, duh.

We all know Jim to be the office prankster from imitating Dwight (bears, beets, Battlestar Galactica) to putting his stapler in jello and beyond. Well, UBC Engineering grads hold the same pranking ritual by hanging the frame of a Volkswagon Beetle from the Lions Gate Bridge. And while you can say that none of Jim's pranks ever got him arrested, you can say that if Jim Halpert were attending any university in Canada it would probably be UBC.

UBC motto: "Today is Thursday, and Dwight thinks it's Friday, and that's what I'll be working on this afternoon."

Dwight is a lot like SFU. The assistant TO THE regional manager is essentially the equivalent of Vancouverites using Simon Fraser as their UBC safety.

The university still operates on excellence and stature, but the windowless, concrete box tucked away in the mountains just screams Dwight. SFU knows it will never be UBC but it still works tirelessly to maintain its reputation and record to hopefully one day get the job of Regional Mana- err - to get added to the top 5 best universities in Canada list.

"I wish I never came here." That's what she said. *Sigh* CapU just wants to be like the other universities and as much as it tries time and time again to scrape itself from its reputation, we all still remember it as Crap College.

That said, the micro-university has its charm. The way Michael will randomly say something sweet and for a minute you're like "wow, he's actually just misunderstood" but then he'll immediately follow it with some crass comment that will make you wonder why you engaged in the first place.

CapU motto: "Sometimes I start a sentence and I don't even know where it's going. I just hope I find it along the way."

Pam has been talking about art school since like, Season 2. She ultimately went, took a break, went back, quit and then finished the season with a giant mural dedicated to her coworkers and never actually made a career out of her art. I don't know about you but that sounds PRETTY Emily Carr to me.

Emily Carr motto: "The finer things club. We meet once a month to discuss books and art, celebrate culture in a very civilized way [...] it's very exclusive."

The chatterbox and life of the party, Kelly Kapoor is the definition of UVIC. She works in customer service (by choice) which is basically code for "people person" and she likes to know everything about everyone.

I bet if Kelly Kapoor could live on Res for the full 4 years she would, and I think she basically considers her coworkers to be her roommates.

The temp who went to business school and then became Michael Scott's boss. Much like BCIT, Ryan is the little guy who went big. Ryan prides himself on growing up and not diagonal. He observes the office and the people from a distance and knows when to strike.

It's like seeing BCIT pop up on a resume. 10 years ago your employer would be like ehh... but now they're thinking: programmer? Content creator? Engineer?? Marketing? ??????

via Funny or Die

That Alley Behind The 711 // Creed Bratton

That dude who prints off fake diplomas for universities like UB(ee)C, S-FU, Clapilano U, and more from the back of his van and sells them for $50 a pop.