The city is an art gallery 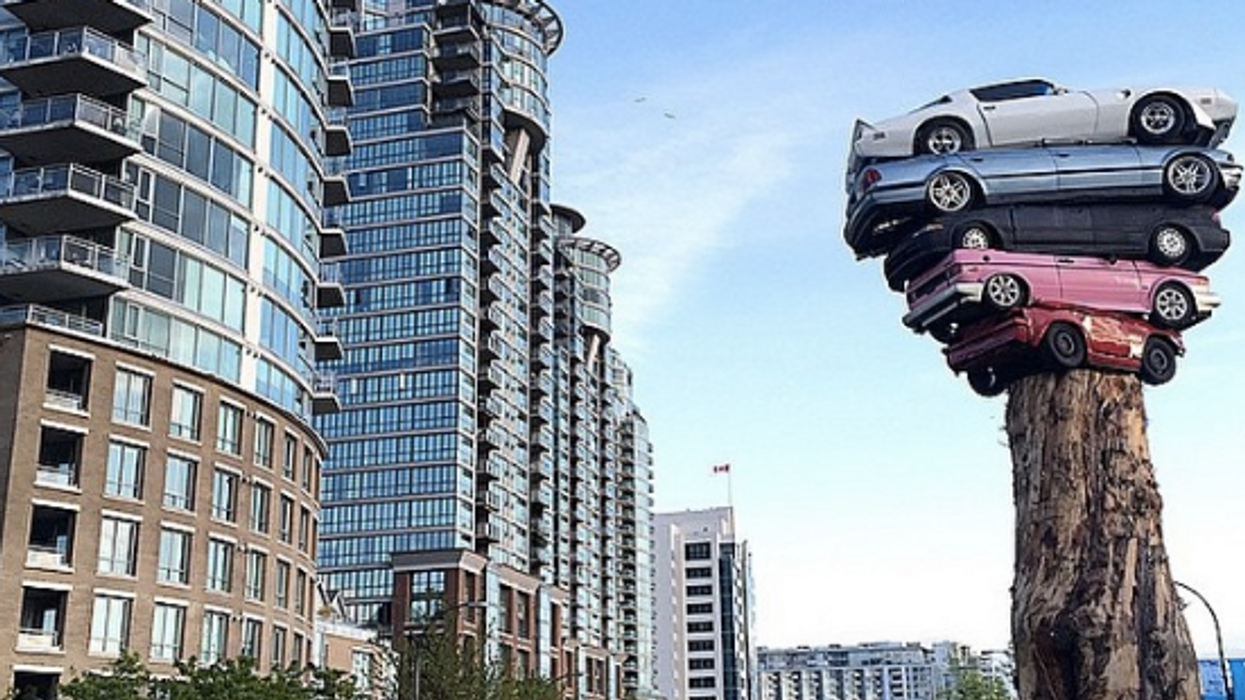 If you're an art lover living in Vancouver, then you're in the right place. From New West to Waterfront and beyond, this city is absolutely filled with tons of unique, public art.

If you're looking for something new to do during the summer, why not go on a city wide art walk? Unlike a gallery, it's totally free, and will give you an excuse to walk around in the nice weather.

Round up some of your friends and go check out these eight awesome works of art!

Located in Morton Park near English Bay, these huge statues are all making the same face, but have varying hand gestures that convey a sense of laughter and comedy. The artist has laid them out in such a way that encourages people to explore and wander between the statues.

Commissioned by the City of Vancouver in 2009, not much is known about the origins of the symbol, although it was initially popular with graffiti artists and some say that it is meant to express the “marginality and defiance” of East Vancouver. It's located at the intersection of Clark Drive and East Sixth Avenue.

3. The Birds by Myfanwy MacLeod

Inspired by a weird mix of Disney, Animal Kingdom and The Birds by Alfred Hitchcock, MacLeod has created a sculpture that actually works quite well. This piece can be found in False Creek Olympic Plaza.

4. The Words Don't Fit the Picture by Ron Terada

Meant to provoke thoughts about time, moments and history, this large glowing sign is located near the central branch of the Vancouver Public Library.

Featuring an angel holding a dead soldier, this statue outside of Waterfront Station is meant to commemorate the workers of the Canadian Pacific Railway workers who lost their lives in World World I. There are two other identical statues as well, one in Winnipeg and one in Montreal.

Digital Orca, located near the waterfront, is meant to be a physical representation of Douglas Coupland's interest in modern technology and pop culture. It's one of Vancouver's most popular pieces, mostly due to the fact that it's super rad in general.

7. The Drop By Inges Idee

This 65-foot sculpture located near the water is meant to serve as a reminder for British Columbia's strong connection to water, and is also a reference to the fact that it rains here constantly.