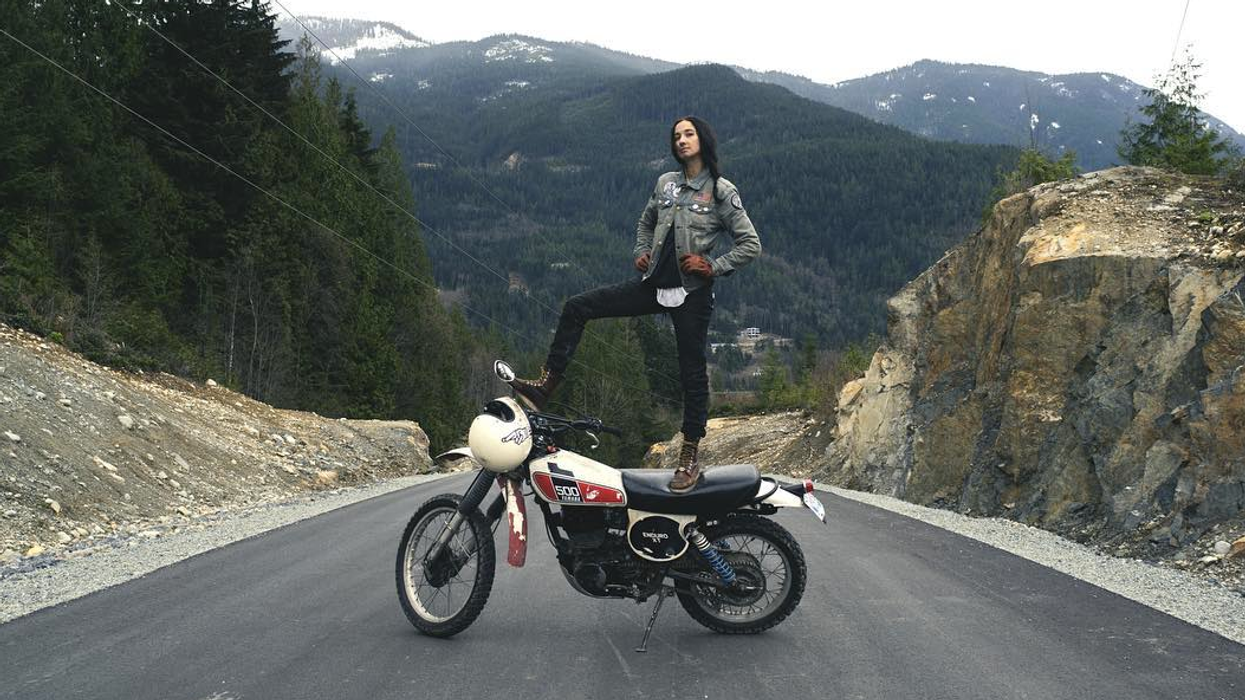 When I moved to Vancouver over 6 years ago I really had no idea what I was in for. I came here with basically the clothes on my back and a flame in my chest that told me to just do it. Apparently, I wasn't the only one with that motivation and I quickly learned just how cut throat Vancouver can be. I also learned that Vancouver is the place to create your own opportunity and if you have enough passion and drive you can do anything you want.

Being an independent women has its downsides. Relationships are difficult and more often than not, our work will take us away from the people and things we love the most. But if you can power through the hurdles you'll more than likely find yourself in a similar place as these ladies. There are many talented women in Vancouver who are holding it down for us out here and this is just a fraction of them. So shout out to all the ladies in Van who are pursuing their dreams, working hard, and never letting anyone tell them they can't.

Here is a list of 9 extremely beautiful, talented and influential women in Vancouver:

Joanna was a force in the lash game before it was even a trend. She started her career as a lash technician in 2009 after she graduated from Blanche Macdonald. In 2012 she started her own business doing lashes and make-up and now 4 years later, she runs a beautiful private studio in Gastown where her and her staff of 6 specialize in Lash extensions, make-up, hair styling, fashion styling and more recently brow extensions to their many loyal clients. Joanna has always had a passion for arts and uses her skills as an artist to enhance confidence and inner beauty in her clients. Her career has taken her on many travel adventures, from destination weddings to doing hair and make up on tour for local artists. Joanna plans to take her love and knowledge of beauty to the next level by starting her own beauty school.

The Queen Bee of nail swag. This girl kills the nail game in Vancouver and at only 23, she is a powerhouse in the industry. Classy Claws was started in 2012 in the basement of her parents house and has moved on to become the most followed nail artist on Instagram (before having her account tragically hacked she lost over 120k followers). But like a bad ass, she started over from scratch and within weeks built her following back up. She can generally be found traveling North America to beauty conventions or working her ass off in her studio in Gastown.

This gem is not only an extremely talented model but she is also the owner of Kysa MGMT, a local talent management company that is absolutely killing it right now. If you're looking to get into modelling, acting or even hospitality, this the girl you need to know in Vancouver. Her clients are constantly seen on movie and TV sets in Vancouver. Kysa MGMT is sure to be the next big talent agency in Vancouver.

This babe and her business partner Lanakila MacNaughton are the founders of The Dream Roll, an all women's motorcycle camp trip in the Pacific Northwest. Started in 2015, they sold over 400 tickets in their first year and even had women attend from all over North America and Australia. If you dig motorcycles and hanging out with some really rad ladies I suggest you head over to their site a grab a ticket. They have already sold more tickets then last year, so you know this is an experience you don’t want to miss.

Nicole is the owner of Nicole Guzzo Designs, a rock and roll lifestyle brand for those who wish to stand out and make a statement. Her street wear line REBEL UP is sold at The Hard Rock Casino and her t-shirts and hoodies can be seen on stage worn by bands like Crown the Empire, Max Green of Falling In Reverse and Greg “G-Spot” Siebel of Kat Von D’s High Voltage Tattoo Shop. Nicole is currently focusing on releasing her next collection “Witchy Women” launching June 1st and her career as a costume designer on movie and TV sets.

Claire is an extremely talented singer, songwriter and instrumentalist born and raised in Vancouver, BC. Influenced by powerhouses like Erykah Badu and Amy Winehouse, Claire’s vocal performance will have you begging for an encore. Claire is also a certified Life Coach, Reiki Master and Teacher of Self-Healing. She bring her two passions together by encouraging her audience toward a revolution of self-compassion, or as she declares it, "whole-hearted, shameless self-love for everything you are in this moment."

Ali moved to Vancouver from a small town in Northwestern Ontario to attend Art school at Emily Carr in when she was 17. After 8 years in Van she has established herself as an amazing local artist and her unique illustrations and murals can be seen throughout the city. Inspired by Vancouver and the creative people around her Ali is one of the cities best up and coming local artists. After some encouragement, Ali recently started a new venture into tattooing and is quickly seeing her summer calendar book up with new clients and some rad new mural projects in the city. She plans to take her art and tattooing on the road next year so now is the time to let this gem put some ink in you.

This babe is a Canadian music industry veteran and yes she knows way more about music then you do. After talking her way into an MTV internship when she was only 20 (they only allowed student interns) she moved on to interview musicians like Ariana Grande, Elli Goulding and Ed Sheeran for Andpop.com. More recently Caity was working with Alternative Press where her love metal and alternative music became the fuel for her career. During her time with AP she interviewed some of her favourite rock bands on the red carpet during the Alternative Press Music Awards. Caity has now moved on to pursue her own outlet with music. Her Youtube channel revolves around her love for music as well as tutorials and interviews. Within the next 6 months she plans to take her career to Los Angeles where she will expand develop her YouTube channel.

This small town BC girl moved to Vancouver when she was 16 and began pursuing her career as a model and actress shortly after. After nearly a decade in the industry Jacqueline has found herself working alongside the likes of Canadian talents like Matt Brevner and Felix Cartel, as well as American hip hop artist Riff Raff. She has recently been seen on set of many TV shows and commercials filming in the Vancouver area and is a proud spokesmodel for local clothing company, Lords of Gastown. Jacqueline recently took her career south of the border to spend her summer expanding her client list and shooting with some of the best photographers in America.

This beaut is a hair colour connoisseur and definitely on her way to becoming one of Vancouver's best hair stylists. She began her career when she was 16 but it wasn't until 2 years ago that she started taking hair styling more seriously. After finishing a business degree Eva combined all of her skills to create something that worked for her and now ten years later she proven herself as a strong stylist and business women in Vancouver. Ladies, this is your girl if your looking for that perfect lavender for the summer.

The weather this weekend is looking all kinds of wet and soggy, according to Vancouver's forecast.

Environment Canada has issued a rainfall warning for Metro Vancouver and other locations stating that the areas could receive anywhere from 50-80 mm of precipitation.

Four different agencies all got involved.

A recent trip gone awry by a group of 30 paddleboarders in Vancouver is a great reminder to always double-check the weather before leaving land.

Seventeen of the paddleboarders needed rescuing after strong winds and surf pushed them astray near Lions Gate Bridge on Monday, September 6, according to a news release from the Vancouver Police Department.

The reversal was made just a few days after their decision went public.

Beverly MacDonald, a spokesperson for the Greater Toronto Airports Authority, told Narcity that Toronto Pearson has come to the conclusion that separating vaccinated and non/partially-vaccinated travellers in different lines has a minimal effect on operational efficiency.

Torontonians are eyeing trips to Las Vegas and NYC. ✈️

If you're looking to add to your post-pandemic vacation bucket list, new data has revealed what the top travel destinations in the U.S. are for people in six major Canadian cities.