A Thief Stole $375,000 Worth Of Wigs Intended For Canadian Children Fighting Cancer

Over 150 wigs were stolen that were intended to go to the BC Children's Hospital. 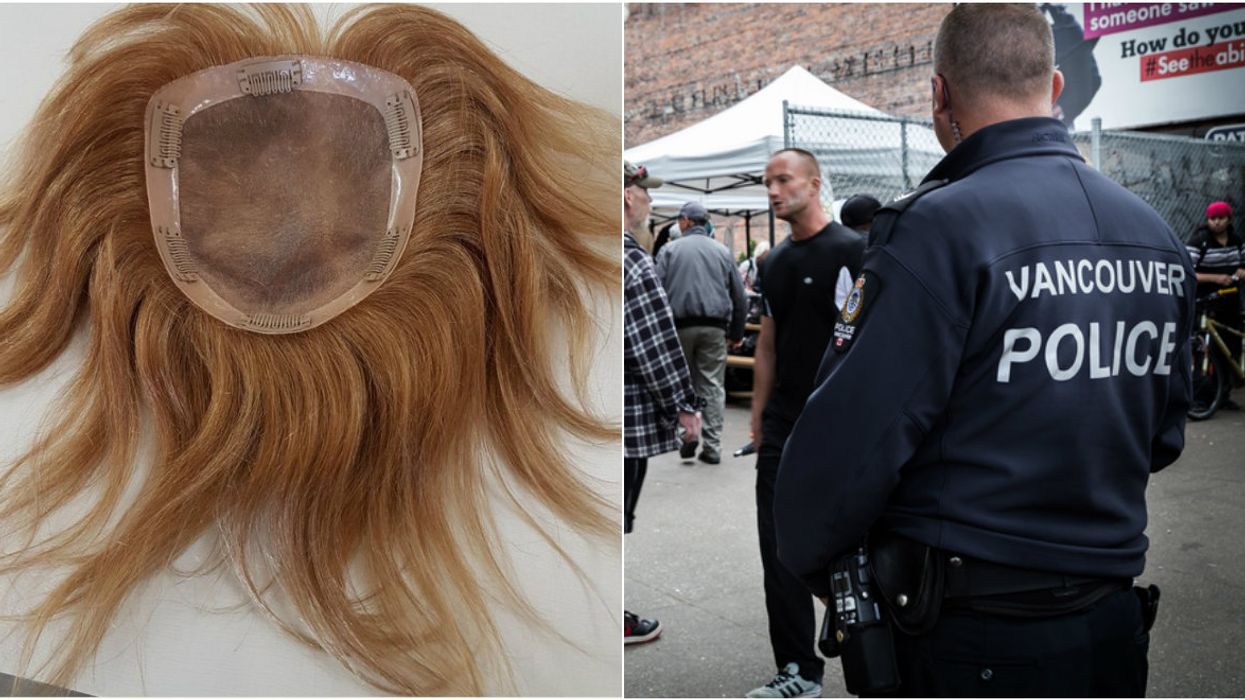 Police are looking for more information about a recent robbery in Vancouver that has people exceptionally upset. A very costly good deed has been stripped away from children with cancer after $375,000 worth of human hair wigs were stolen from a shop in British Columbia.

READ ALSO: Police Are Warning Canadians About This New Dating App After Two Men Were Attacked Alone At Night

Eva and Company Wigs, located at 950 West Broadway, was broken into on September 7th at around 3:30 AM. The Vancouver Police were called to the scene because of an alarm set up in the store.

Vancouver Police are appealing to the public for information about a recent break-in to a Vancouver wig store, where the suspect stole an entire collection of wigs set aside for cancer patients at BC Children’s Hospital. https://t.co/s43dNBv4ez #VPD pic.twitter.com/OrpXXgV650

Upon their arrival, the Vancouver Police had discovered that at least 150 wigs had been stolen, costing around $2,500 per wig. That's a whopping loss of $375,000 in hair.

The story is even more tragic as those wigs were actually being put aside for children who were currently sick with cancer at the BC Children's Hospital.

Police have described the suspect of the robbery as a  dark-skinned male with noticeably curly, long black hair. He was last seen walking away from the wig store holding a large black garbage back and wearing a denim jacket.

READ ALSO: Canadian Man Was Surprised By A Giant Wild Eagle On His Boat And The Photos Are Crazy

.@VancouverPD say about 150 wigs have been stolen from a wig shop in Vancouver, some of which were meant for children battling cancer @NEWS1130 pic.twitter.com/qGGNXaiBXp

Sergeant Jason Robillard of the Vancouver Police Department said in a statement, "it’s possible that someone is in possession of one or more of these wigs, and that they don’t know they’re stolen or that they were meant for sick children." The Sergeant hopes that those with information will step up and do the right thing.

Since the investigation is still ongoing, police are asking that anyone with information about the wig robbery please contact them at 604-717-0610 or through Crime Stoppers anonymously at 1-800-222-TIPS (8477).