The photos are insane. 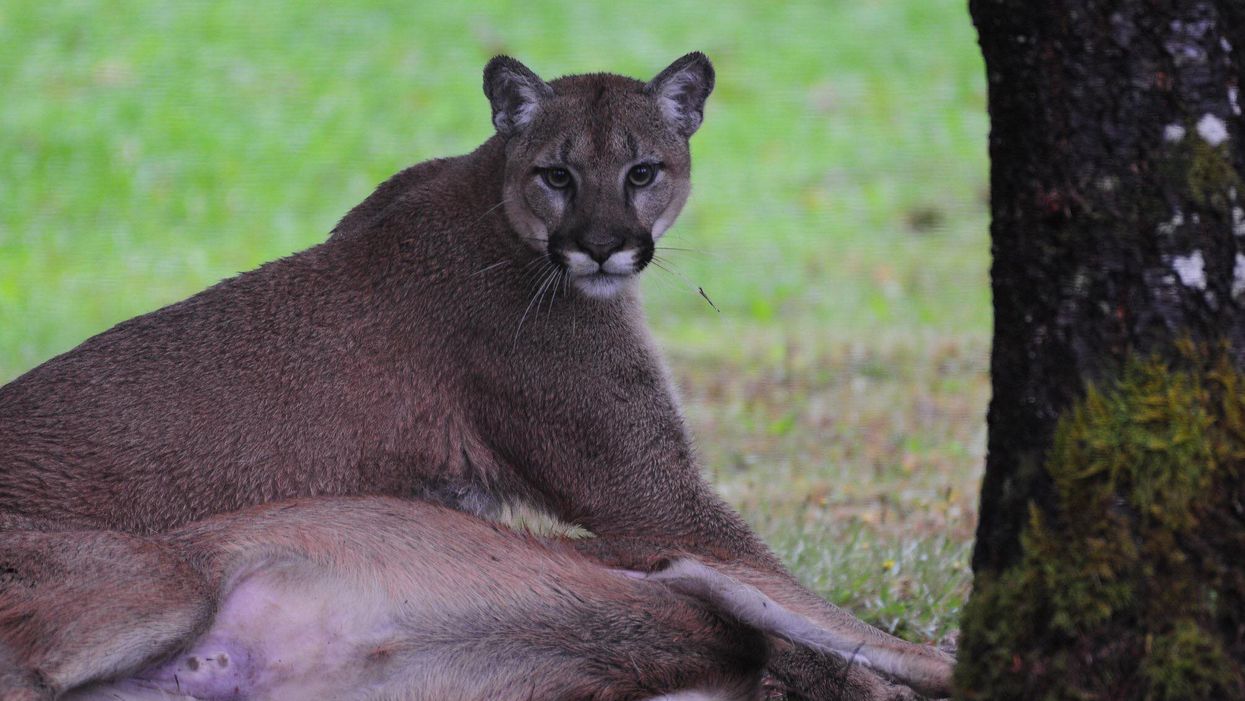 Imagine just chilling in your house and then casually looking out to the backyard only to find that there's a wild cougar sitting there. Sounds pretty terrifying, right? Probably not what you want to see in your own yard. Well that's exactly what happened to one Canadian woman yesterday.

READ ALSO: Canadian Man Was Surprised By A Giant Wild Eagle On His Boat And The Photos Are Crazy

Marnie Robinson, a woman who lives on Vancouver Island in British Columbia, had an intense encounter with a cougar in her very own backyard yesterday and the details are shocking!

Robinson posted several photos and a video to Facebook to warn her neighbours about the cougar in the area. She captioned the post, "Warning to my neighbours on Springfield Road and surrounding area... cougar was just in my backyard, took down a deer and dragged it into the bushes near Evergreen Park. Keep your pets & kids safe!"

In the photos, the cougar looks like it's staring straight into your soul. Chills. The video has already gone viral, garnering over 80,000 views. People were commenting in amazement and also in fear.

Robinson also had an intense staredown match with the cougar. "Once it saw me, it just stared me down," she told CBC News."It wouldn't take its eyes off of me. We had this stare-down for a while, which was terrifying."

The cougar had just gotten a fresh kill and his food, a deer, is also seen in the photos. According to CBC News, she recalls the experience as "really eerie" and says it is the very first time she's ever encountered a cougar in her area.

Another day, another wildlife encounter in Canada. It sure is a crazy world out there.