It's going to be hauntingly beautiful! 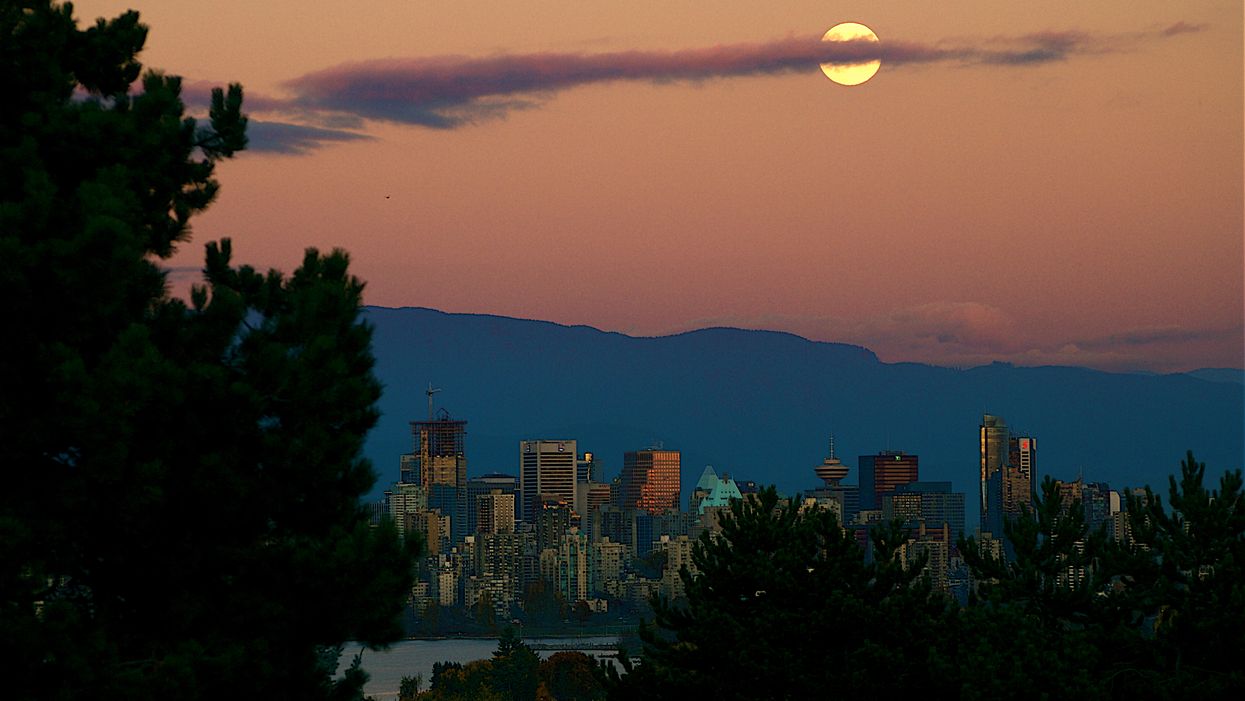 Get ready to look up at the sky next month. Vancouver will be getting a visit from the moon of many names very soon and it will be lighting up the entire city. The moon will be here next month on February 9, so now is the perfect time to start planning your trip to a local observatory or lookout to spy on it.

According to The Farmer's Almanac, there will be a full Snow Moon in February and it sounds like it will be hauntingly beautiful.

According to the Almanac, this Snow Moon gets its name from the time of year it is typically seen in. Since February is synonymous with the most amount of snowfall, the name makes sense.

Even though it's most commonly recognized as the Snow Moon, other names include No Snow on the Trails Moon, Bone Moon, and Shoulder to Shoulder Around the Fire Moon.

According to Vancouver is Awesome, the February full moon is also sometimes referred to as Moon of Many Names for obvious reasons.

On Sunday, February 9, the moon will reach peak fullness at around 2:34 a.m. so you will have to stay up late on Monday night to see it in all its glory.

Or, if you're more inclined to wake up early, you could get to bed earlier and wake up at the horrific time of 2 a.m. to catch it.

While it will be peak fullness on Sunday, the day before will offer the best view as it will rise in the east and reach its highest point in the sky around midnight.

Regardless of what you call it, it’s going to be big and beautiful.

In order to get the best view, you will most definitely want to head out of the city.

Due to light pollution, you won’t be able to get the full effect right in Vancouver. Plus, tall buildings may obstruct your view.

Lucky for you, the observatory in North Vancouver may be your ticket to the best view.

It’s super cheap to go there and totally romantic, so why not make a date out of it?

If you won't be in town for the moon or don’t feel like staying up to watch it, no worries.

Vancouver is constantly being lit up by massive full moons including the Beaver Moon and Pink Moon.