Jason Momoa won over Canadas hearts during his appearance at the Rugby Sevens game. 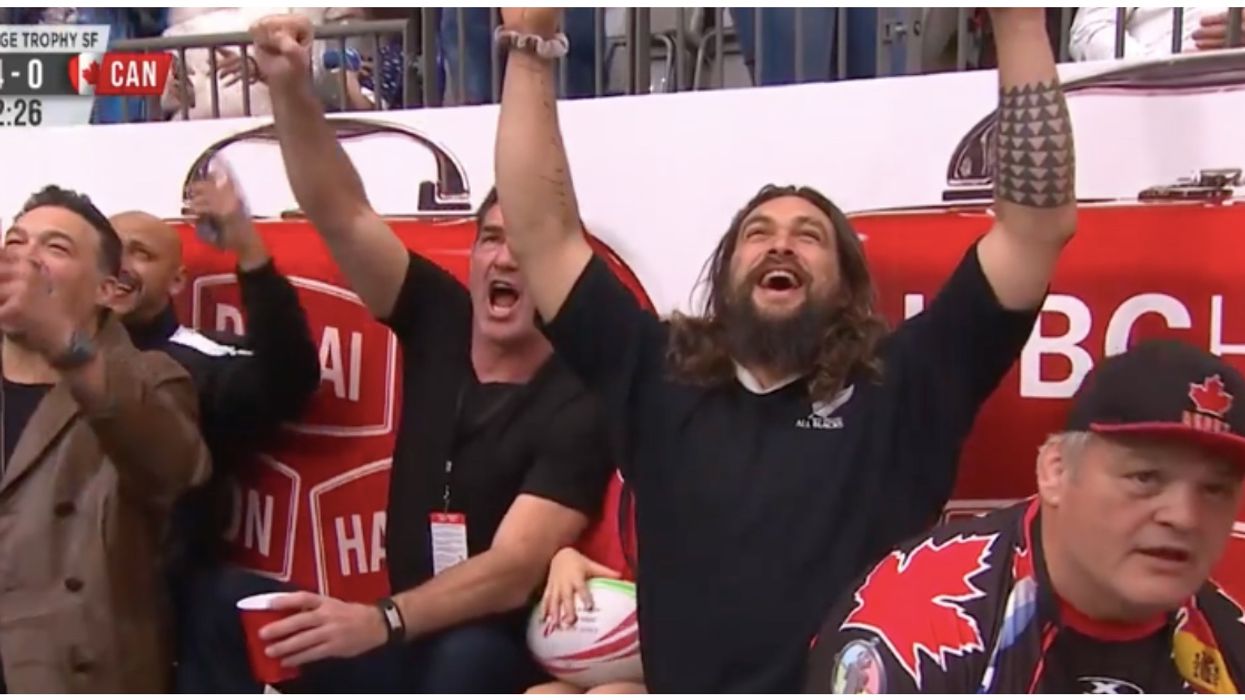 Celebrities are just like us. They grocery shop, take care of their kids, and they are serious sports fans. On Sunday, March 10, Aquaman actor, Jason Mamoa surprised Vancouverites when he showed up at BC Place to watch Rugby Sevens. Who knew Jason Momoa was such a rugby fan? Not us! But Jason Momoa’s recent appearance at the Rudgy Sevens Game in Canada has won over our hearts and has made us love him even more.

Jason Momoa seems to be loving Vancouver! Recently, Aquaman himself has been seen all over the big city doing anything from taking in a Canucks game at Rogers Arena to dining his way around the city. Most recently, Momoa cheered as he attended the Rugby Sevens game in Vancouver yesterday.

READ ALSO: Experts Warns Canadians Of A Mutant Strand Of Super Lice That Is Resistant to Treatment

During the game, Momoa got to run on the field when the teams entered the stadium. Being a huge fan of the sport, Momoa filmed the New Zealand All Black Sevens running onto the field and posted it on Instagram.

@worldrugby @worldrugby7s my first 7s tournament. So thankful to meet the @allblacks7s and go on the field. Win or lose. I bleed all black. @allblacks Mahalo @glennennis love u bro Aloha j

Momoa’s child-like happiness when filming the entrance is filling everyone's hearts! The ecstatic actor can be heard screaming as the players enter and run right past him.

After all the players have entered the arena, you can see Momoa running back to his seat saying how amazing it was. Someone can be heard saying “you did so great” which adds to the cuteness level of it all!

Following the game, Momoa got to meet the players up close and personal and was sure to get a group picture for proof. “My first 7s ornament So thankful to meet the @allblacks7s and go to the field. Win or lose. I bleed all black,” wrote Momoa in his heartfelt Instagram post.

"That was so EPIC!". Safe to say Jason Momoa loves the sevens. He spoke to us after watching the @AllBlacks7s at BC Place #Canada7s pic.twitter.com/yhtsjMiq1u

Thankfully, this isn't where Momoa's enthusiasm ended. Throughout the entire game, Momoa could be seen cheering for his favourite team. He was even shown on the big screen! Mamoa's happiness has seriously won over our hearts.

READ ALSO: Vancouver Is Expected To Get 15 Cm Of Snow By The End Of Today

After the game, he spoke to the World Rugby Sevens saying it was “so epic” and we couldn’t agree more!