Armed robbery Tim Hortons Nanaimo, BC and RCMP are still looking for the suspect. 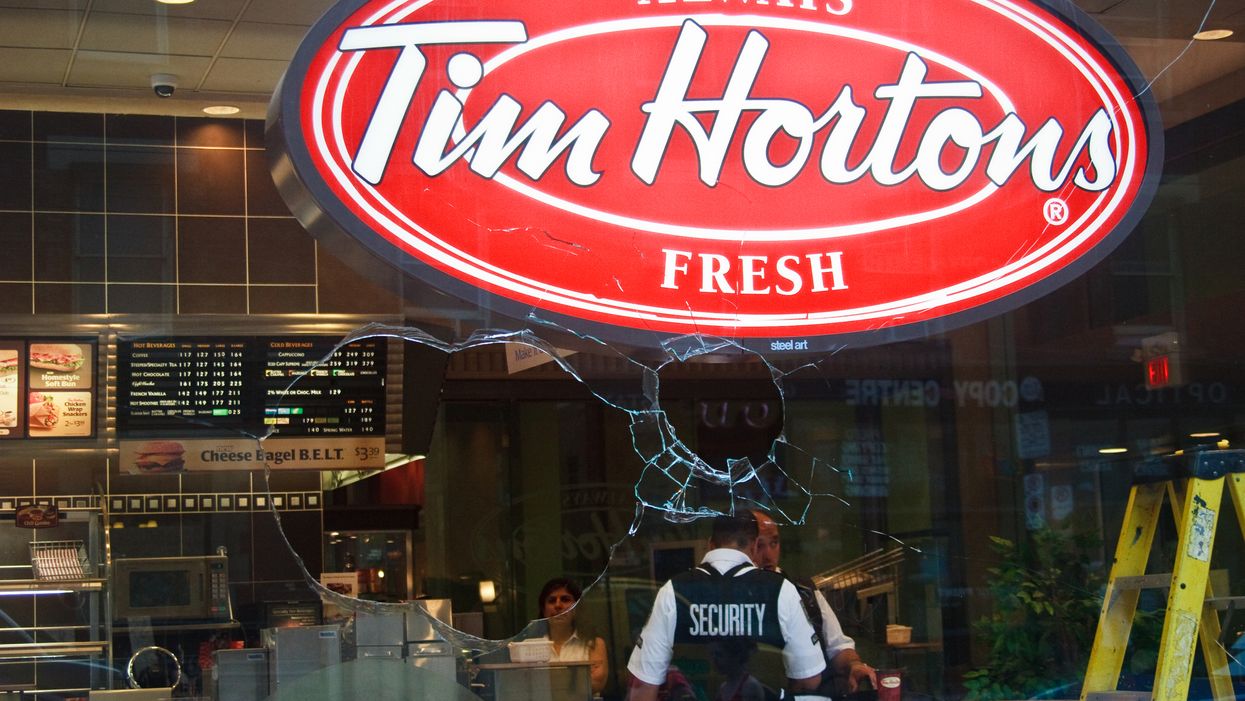 An unexpected crime took place in a small BC city lately. On the evening of February 7th, an armed robber held up a Tim Hortons in Nanaimo, BC and the RCMP are still trying to find the suspect. The robber managed to steal cash from the Tim Hortons register and escaped without getting caught, according to the RCMP.

The incident took place at a Tim Hortons located at the North Town Centre Mall in Nanaimo, BC on Vancouver Island at around 11:30 PM last night. "Employees and several witnesses reported seeing a male approach the till and demand an employee turn over money from the till," read the news release from the RCMP.

The man was even reportedly armed with a gun. He "appeared to have a handgun tucked into the waistband of his pants", read the news release. "After an undisclosed amount of cash was handed over, the suspect ran out the front door and was last seen running towards Marks Work WareHouse".

According to the RCMP, no employees or witnesses were injured or shot at the scene. The suspect managed to flee the crime scene with the stolen cash and police have yet to find him.

"The suspect is described as a white male, approximately 5 ft. 10 to 6 ft. tall, with a slim build and wearing a mask which concealed the lower half of his face," reads the release. "He was wearing dark clothing which consisted of a black hoodie with tan trim, black gloves, baggy pants and dark skater shoes, with white trim along the base".

Check out a photo of the suspect from the crime scene below.

If you have any information about the incident, you can contact the Nanaimo RCMP at 250-754-2345 or you can anonymously contact Crime Stoppers by calling 1-800-222-8477 or visiting their website.

For more information on this incident, you can read the RCMP's news release.