The mom said that the intruder just walked into their home. 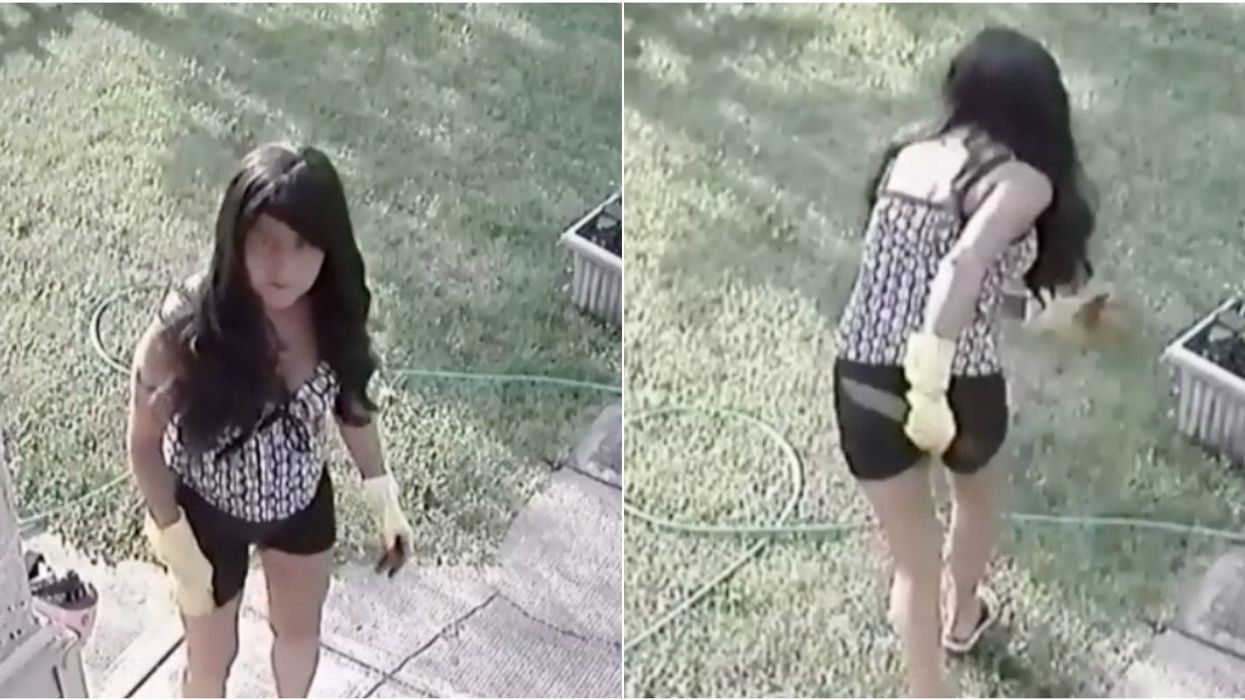 While being a parent is already incredibly tough, a new video from a British Columbia mother shows just how scary raising a child can be.

After a woman knocked on a family's door in on Wednesday morning, she intruded into the home with a butchers knife. The woman was caught on camera via the family's home surveillance cameras.

She approached the home and knocked twice, seen above beginning at 0:24 in the Castanet News video. After knocking, she opened the door to the house, where a mother and her baby were inside.

The intruder walked inside the home into the living room and told the mother "I just wanted to see the baby." The mother also described the woman as wearing a disguise considering she was wearing a wig and what looks like gardening gloves.

She got the woman outside of her house and began locking the door when the intruder came back, charging inside her home wielding the butcher knife. She can be seen in the surveillance video pulling something out of her pants.

Luckily, the mother was able to protect herself and her infant by grabbing the intruders arms and throwing her outside. You can see the butchers knife in the intruder's hand as she stumbles onto the grass.

The mother has said to CTV that she believes she's seen the intruder talking to her husband while he was doing yard work in the past and now she is scared senseless.

"I'm scared to leave my house but I'm also scared to stay here. I think she wants to kidnap my baby," she told CTV.

According to Castanet News, the intruder has been caught and is a 45-year old woman. Her identity has not been released at this time.