Anna Cathcart Dishes On Filming "TATBILB: P.S. I Still Love You" In Vancouver

The Canadian actress talks all about shooting the new Netflix movie in her hometown. 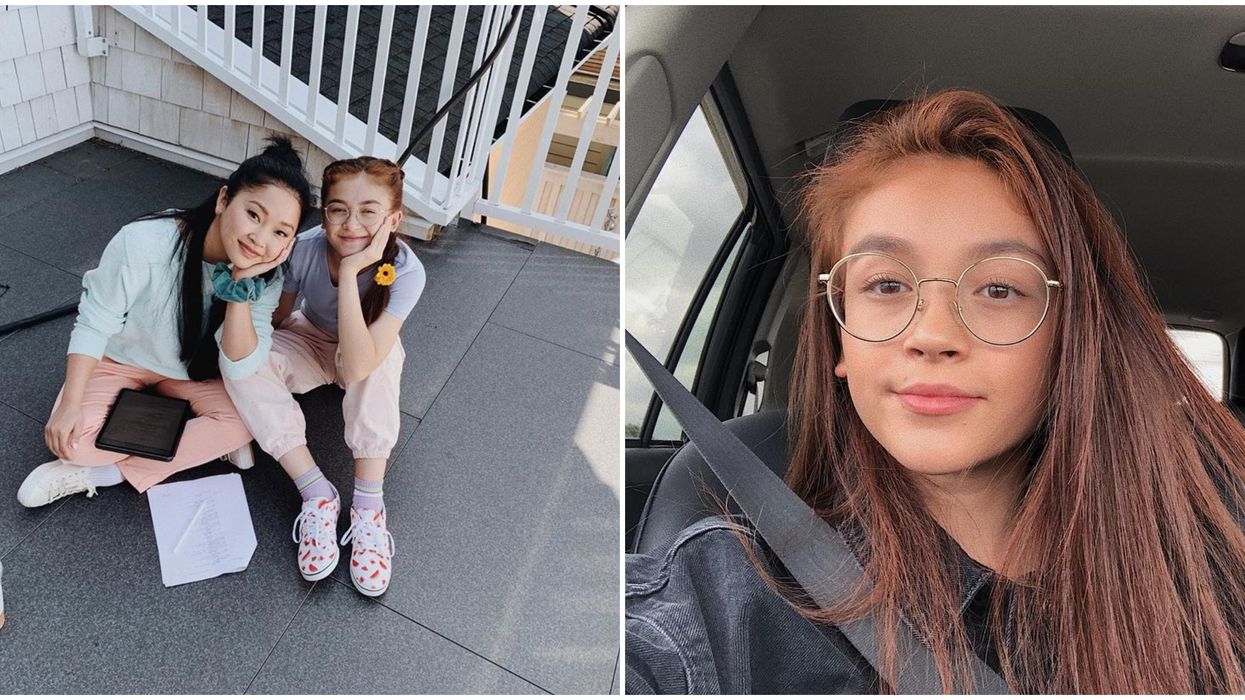 Your favourite Netflix romantic comedy is back with a sequel. If you love cheesy movies and teenage heartthrobs, then you'll be happy to hear that To All the Boys I've Loved Before: P.S. I Still Love You premiered on Netflix on February 12. The movie stars Vancouver's own, Anna Cathcart, who plays Lara Jean's little sister, Kitty.

In an exclusive interview with Narcity, Cathcart told us what it was like filming the major blockbuster in her hometown of Vancouver.

Not to mention, she dropped some serious hints about what fans can expect to see in the final upcoming film, To All The Boys I've Loved Before 3.

The sixteen-year-old actress was born and raised in Vancouver. She's starred in several productions shot in Canada including Odd Squad, Descendants 2 and 3 and most notably, To All the Boys I've Loved Before 1 and 2.

When asked what it was like filming in Vancouver, Cathcart said it was great because she could go home to her own bed after a long day of shooting. Not to mention, she was able to continue attending public school while filming.

While filming the second movie, the cast shot all over the Lower Mainland from Fort Langley to Kerrisdale. If you watch closely, you can see a ton of local landmarks hidden in several scenes.

It wasn't long before Cathcart was showing her castmates around Vancouver.

She shared that on a day off, "During the first movie, me, Emilija [Baranac], Lana [Condor], and Madeleine [Arthur] went to Granville Island. We took the Aquabus over to Science World, which is also a Vancouver classic. And then we went for sushi! It was a very Vancouver day.”

Emilijia Baranac is another local Vancouver actress. She plays Genevieve in the film adaptations of Jenny Han's book series.

On another occasion, she shared, "We went for dim sum with Jordan [Fisher] and Madeleine [Arthur] one day." Cathcart said she was eager to show the others her favourite restaurants around the city.

Cathcart mentioned that she hosted a cast BBQ at her house. How cute!

She said, "We shot in Fort Langley. It was so cute, the little town with all the shops was adorable and the [Into Chocolate Candy & Confections] candy store and the [Wendel's] bookstore."

While shooting the first two films here, it quickly began to feel like a second home. The 16-year-old noted that throughout the year, anytime she passed by Langley it felt like she was going back to the Netflix set.

"[During] the Vancouver Aquarium day, I wasn't shooting but I went anyway. I wanted to see everybody. So I went and visited and it was so cool because they had to shoot after hours, obviously — So it was a night shoot. It was 2 a.m. and they were filming with all the jellyfish."

Cathcart stated that personally, her favourite date spot in Vancouver would be the PNE.

We can't blame her, the scene from the movie where Peter and Lara Jean visit an amusement park so super cute.

Reflecting on the entire experience, Cathcart said it's surreal for her and her friends to see Vancouver on the big screen. She said, "When my friends watch it, they're like "No way, I know where this place is!'"

Her career has taken off since she first began playing Kitty in the 2018 film. Anna's had to deal with the new experience of becoming a well-known Canadian celeb.

Cathcart shared, "People know me as Anna Cathcart but also know me as just like Anna from school. So it's been interesting to watch those two worlds collide,"

She noted that fans tend to stop her on the street in Vancouver and he loves it when they say "Hi!"

To All the Boys I've Loved Before: P.S. I Still Love You starring Anna Cathcart, Lana Condor and Noah Centineo is currently available for streaming on Netflix Canada. This seems to be just the beginning of success for this local actress!

You can watch out for updates on the third and final film, To All the Boys: Always and Forever, Lara Jean will premiere in 2020.