RCMP already have a person of interest. 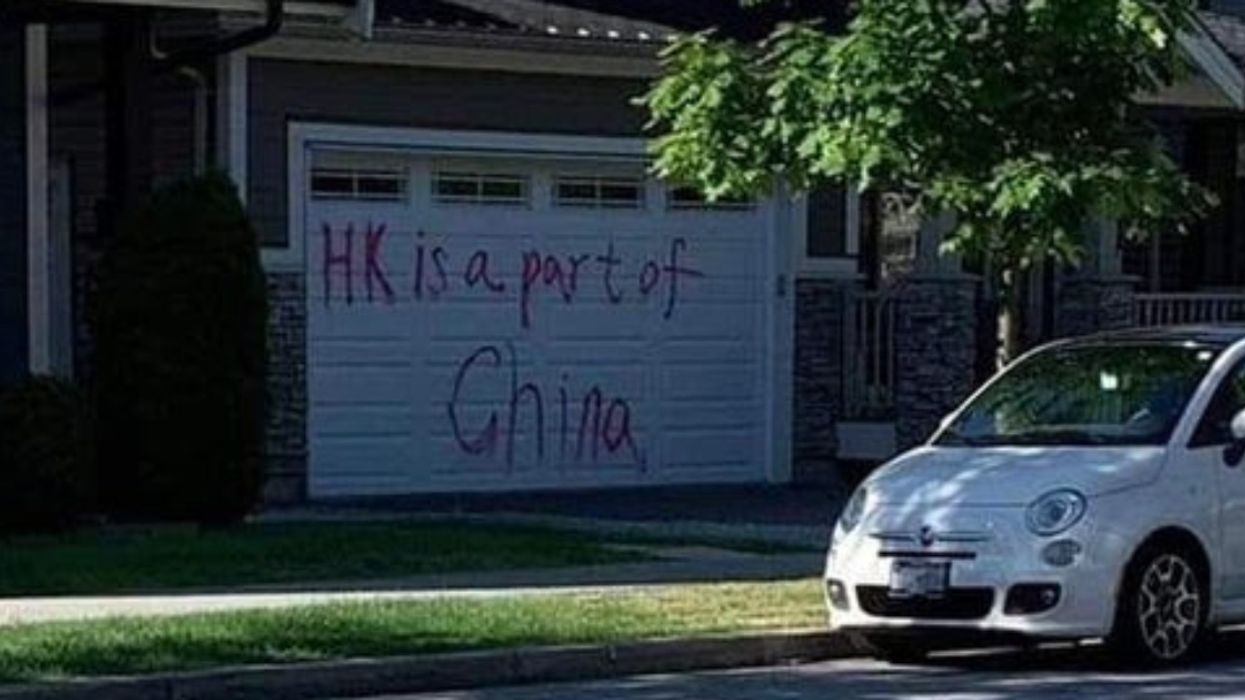 The tension between pro-democracy Hong Kong supporters and pro-China supporters has been blowing up online in recent weeks. Now, the tension has come offline and onto the streets of Metro Vancouver. According to a Reddit post, a garage door in Coquitlam was defaced with anti-Hong Kong democracy graffiti. Police are now investigating.

The act of vandalism involved a garage door being spray-painted with the words “HK is part of China” in red spray paint. The vandalism is large and takes up the entirety of the garage. An image of the defacement was posted to Reddit.

According to Cpl. Michael McLaughlin with the Coquitlam RCMP, an act of vandalism took place on Aug. 27, at around 9:30 a.m. Coquitlam RCMP have since launched an investigation. According to McLaughlin, a person of interest has been identified, however, no arrests have been made.

McLaughlin has stated that the identity of the person has not been confirmed. He has stated to Narcity that it is an Asian man in his late 20’s. He has a stocky build and was driving a blue car in the area.

The motive at this time is unknown and will not be determined until a suspect is properly identified. McLaughlin stated to Narcity that they could "not draw conclusions."

McLaughlin also stated that the person responsible could be charged mischief and this is not an indictable or hybrid offence. The maximum fine is $2,000 with a maximum prison sentence of six months, however, maximum penalties are rarely used.

RCMP are now asking people to come forward to aid in the investigation. Anyone who saw the incident or who has video surveillance of the incident is asked to call Coquitlam RCMP at 604-945-1550.

The tension surrounding Hong Kong and China has been palpable. According to the Vancouver Sun, pro-Hong Kong and pro-China protesters have hit the streets of Vancouver.

Earlier this month, hundreds of people lined up on either side of the Broadway-City Hall Canada Line station waving flags and signs stating their views.

While it was a large group, no fights were reported. Protests in other areas of the world, including Melbourne, have turned violent. Protests in Hong Kong and around the world were precipitated by a new bill that would make it easier for China to extradite people from Hong Kong, including potential dissidents and activists critical of the Chinese government.