Erik Brown is an expert diver that helped rescue the soccer team stuck in the Thai caves. 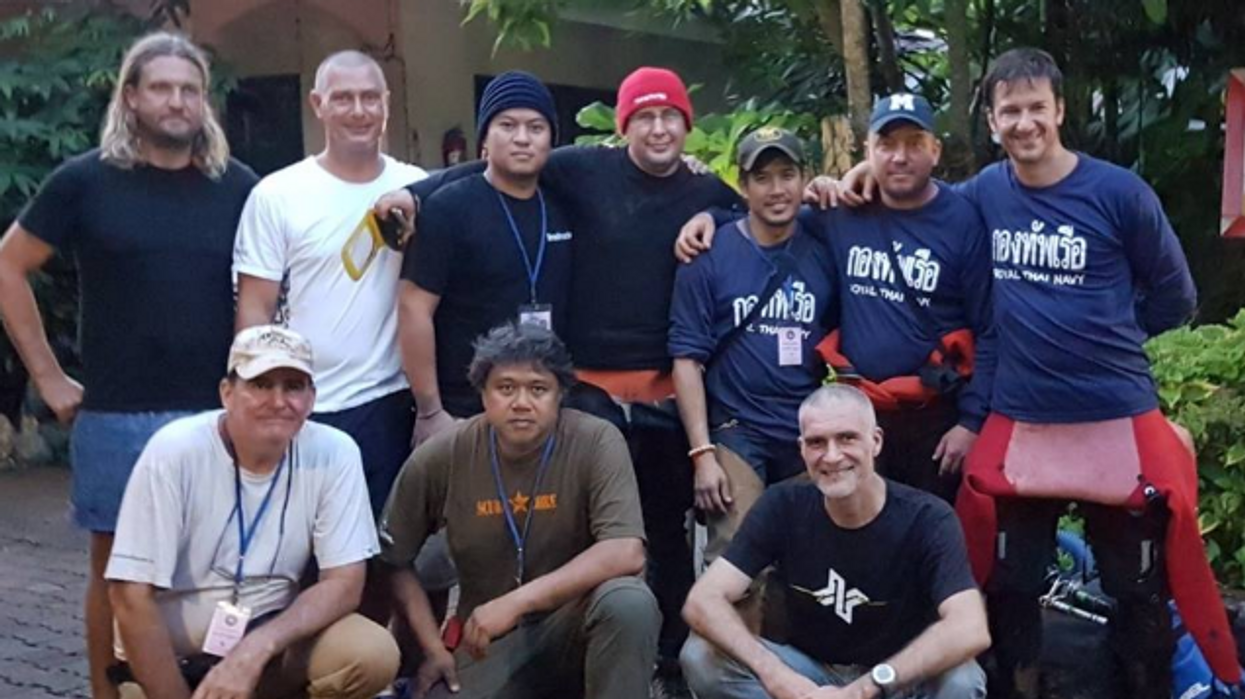 Erik Brown is now being called a Canadian hero. Some would even say that he's an international hero! The expert diver is being praised for his efforts in the rescue mission that helped save 13 lives in Thailand.

Erik Brown was born and raised in Langley, BC but he's spent the past few days saving lives in Southern Thailand.

Brown is an experienced diver, who has trained for many years to be the best in his field. Yesterday, Brown posted a photo on Facebook of himself and two fellow divers, sharing the caption, "9 days. 7 missions and 63 hours inside Tham Laung Cave. Success"

After declaring his involvement in the rescue missions to save the soccer team of young boys trapped in the Thailand caves, it didn't take long for Facebook users to begin declaring Brown a local hero.

Now, Brown revealed more details to CBC News about his role in the rescue, the conditions of the rescue missions and what it feels like to have helped save 13 lives.

Brown says that he was part of a team of support divers that assisted the main rescue divers. The rescue mission was three days long and Brown assisted every day as the divers went in to retrieve the 12 boys and their coach.

Brown admits that when he heard about the mission plan, he didn't think it would work. "The first section, which is the 25 minute underwater swim and navigation through, pretty much mud ... I won't lie - in my head, I was [thinking] there's very little chance this would work."

Brown went on to explain that each mission lasted about 10 hours in total! He said that after all of his years of diving, this was the "most complicated operation he's ever been involved in." He explained, "cracks 30 centimeters big that you have to squeeze through to get back there, and you really can't see your hand in front of your face."

So, how did Brown get involved in the rescue mission? He was in Southern Thailand at the same time. A friend who was involved in the mission contacted him and told him that they needed divers and it didn't take long for Brown to jump at the chance to help.

As we know, a former Thai Navy SEAL diver died last week when he was helping send oxygen canisters on the escape route. Considering the dangerous conditions, Brown was surprised and happy that the entire team of soccer players and their coach were safely retrieved from the underwater caves.