Vancouver Police officers play in the snow with Canadian kids in the Greater Vancouver area. 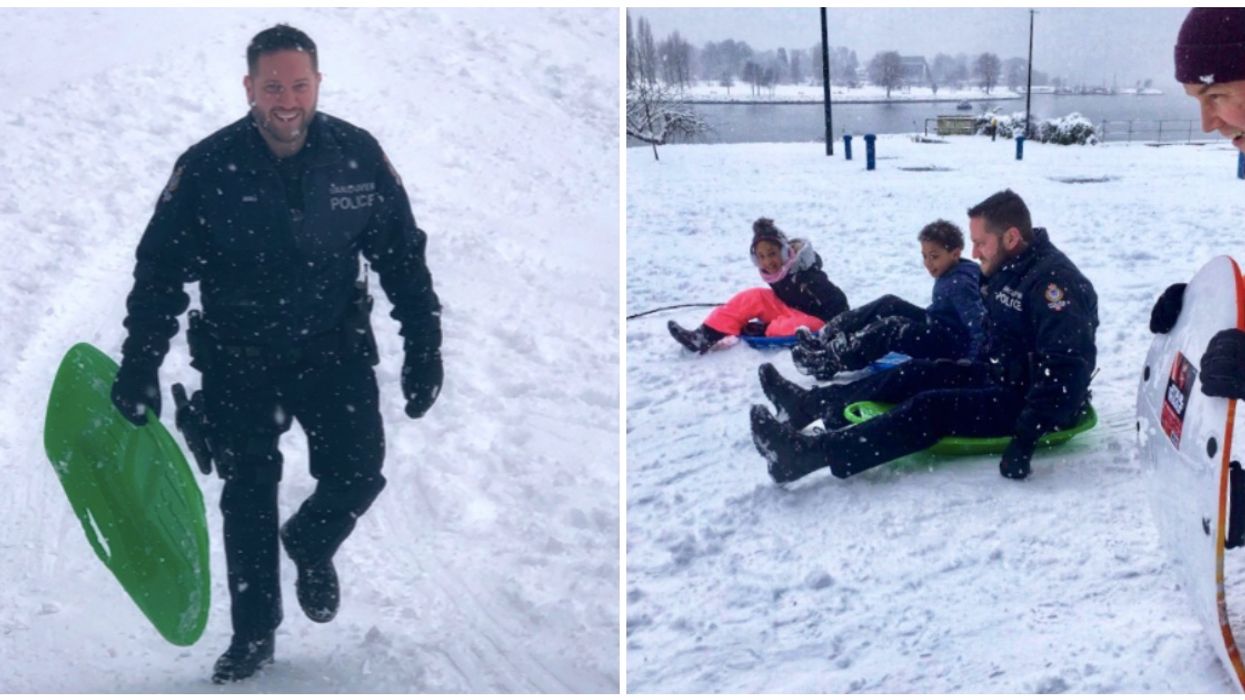 BC has been getting so much snow lately. While it can be a hassle due to its ability to cause delays, traffic concerns, and general coldness, it’s difficult not to feel like a kid again when you look at a fresh snowfall. Many kids all over BC took a snow day from school on Monday and Tuesday and because of this, they were able to enjoy all of its fluffy wonders. But they aren’t the only ones that took a much-needed snow break. Vancouver Police officers enjoyed the snow day by joining a group of kids for sledding races and snowball fights and it was seriously too cute.

Vancouver has seen a ridiculous amount of snowfall as of late. In fact, there hasn’t been this much snow in BC for over a decade! Naturally, the large amounts of snow closed down a number of schools on both Monday and Tuesday of this week.

When challenged to a sled race, you have to represent! #TeamVPD #CommunityPolicing (Big thanks to @mhardingvancouver for the sled) pic.twitter.com/zNlDSX3HjW

The adorable photos show Marten sledding both by himself and with other children. While it looks freezing, it looks like a lot of fun. It is unclear who finished first the race, but I think it’s safe to say everyone technically won!

The wholesome images have gained a lot of attention on Twitter with other people offering different challenges for Marten and the Vancouver Police Department.

I see your sledding and raise you a snowman challenge! pic.twitter.com/4xfZGRqG17

Other law enforcement in BC also took part in some snowy activities. Burnaby RCMP also tweeted out pictures of two officers taking part in snowball fights and sledding with some kids at Hillside Gardens.

These photos are totally cute and you can tell the officers really brightened the kids day with the impromptu sledding! In fact, it was so spontaneous no one had sleds! Instead, officers showed the kids how to use plastic bin lids. It’s no GT but it sure does look fun.

After sledding, the kids took on the officers in a snowball fight.

READ ALSO: Video Of Toronto Woman Dangerously Jaywalking In Front Of A Car With Young Kids Has Drivers Furious

Images like this are fun reminders to not take life too seriously. While the snow can be a burden, just remember how much joy it used to bring you. Now get out there!