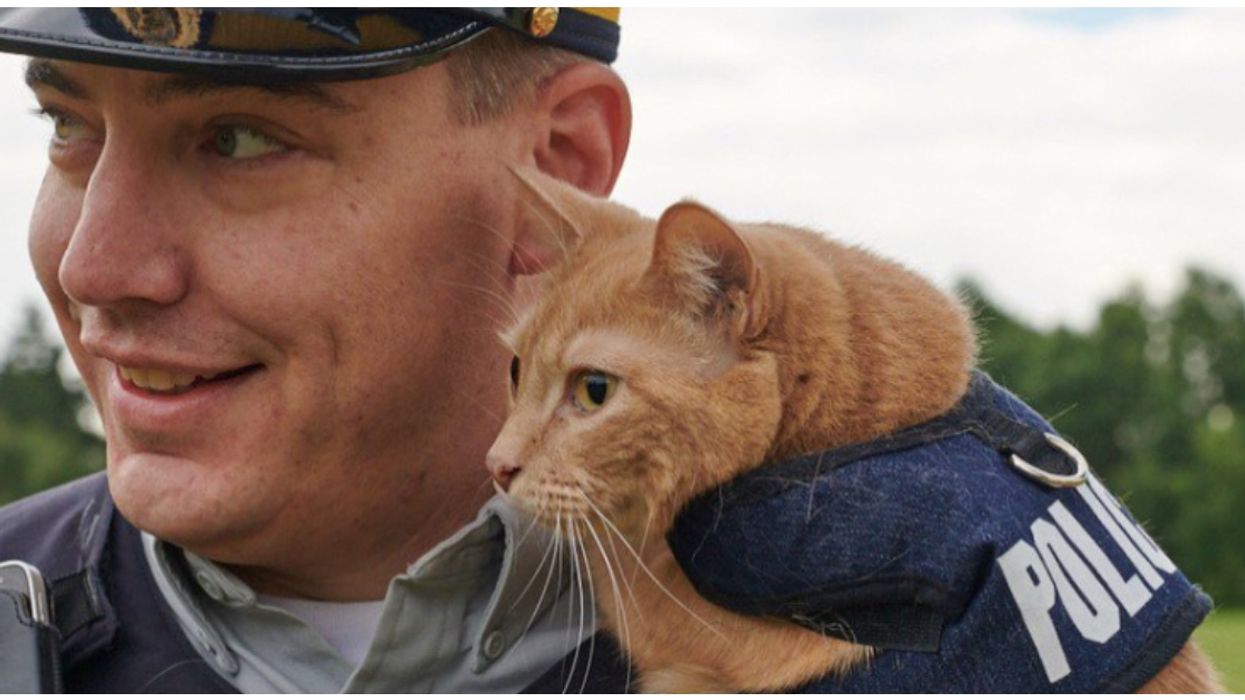 Weird things have been happening everywhere today. Today on April 1st, 2019, the BC RCMP announced that a new Police Cat Service team was making its way onto the force, and we can’t help but think it has something to do with April Fool’s Day. This purrfect prank is not only adorable, but it’s also something that we wouldn’t mind seeing!

READ ALSO: Vancouver Will Be Hit By Rain For 5 Days In A Row This Week

On the morning of April 1, 2019, BC RCMP tweeted that they would be getting some new furry friends to the squad. While dogs have been known to dominate the police force, the RCMP wants to introduce a new type of crime fighter. According to the BC RCMP, they will be introducing a new Police Cat Service (PCS).

Of course, it’s April Fool’s Day today so this Police Cat Service is a little too good to be true, but that doesn’t make it any less adorable and funny. According to the RCMP, they are “clawing” their way through crime with these new felines.

RCMP have released a statement a number of reasons as to why these police cats will be an integral part of the squad. According to RCMP, these cats will work for almost 15 minutes a day before getting bored, which could be a real asset to the team.

BC RCMP are clawing their way through crime by proudly introducing a new tool in law enforcement, Police Cat Services. pic.twitter.com/CViq0Sz73C

Much like police dogs, these kitties will enter into the RCMP training program. In order to succeed, they must be moody, aloof, and pensive. I think we all know one or two cats that are just like this!

The RCMP went to great lengths to make this joke a hit, and we really think they nailed it. They even designed specific jobs for specific breeds. For instance, Sphynx cats will predominately be used for undercover work and plain-clothed duties.

Of course, it wouldn’t have looked real without an in-depth look at the Police Cat Service mandates. This would include cat burglary, specified by RCMP as catching purrpetrators, use of force training with claw enforcement, cat napping, as well as fingerprints and blood spatter also known as furensics. Did you catch all the puns?

According to RCMP, these cats would all come from surrounding shelters. Police would also be eligible for their own PCS after three years of frontline policing. But of course, the cat will have to choose you.

If you got this far into the tweets and still didn’t realize it was a practical joke, the last tweet might have done it. RCMP finished off the prank by tweeting out a picture of a kitty in an RCMP backpack equipped with a window hole for its little face. They also noted that training for the pilot project has already begun.

BC RCMP announce new Police Cat ServicesFrontline officers throughout the Province who have been volunteered for the pilot project will be assigned their police cats over the next few months. Read more:https://t.co/okaPF5YVJ7 pic.twitter.com/290ERag4Pa

READ ALSO: You Can Attend A Massive Pillow Fight In This Canadian City Next Weekend (PHOTOS)

Accompanied by the poorly photoshopped images, there was a series of pictures with an RCMP officer and a cat wearing a police force vest. All of this combined with the bad puns is amazing and frankly, we are disappointed it won't become a reality.