Don't worry, he's not as sad as he looks! 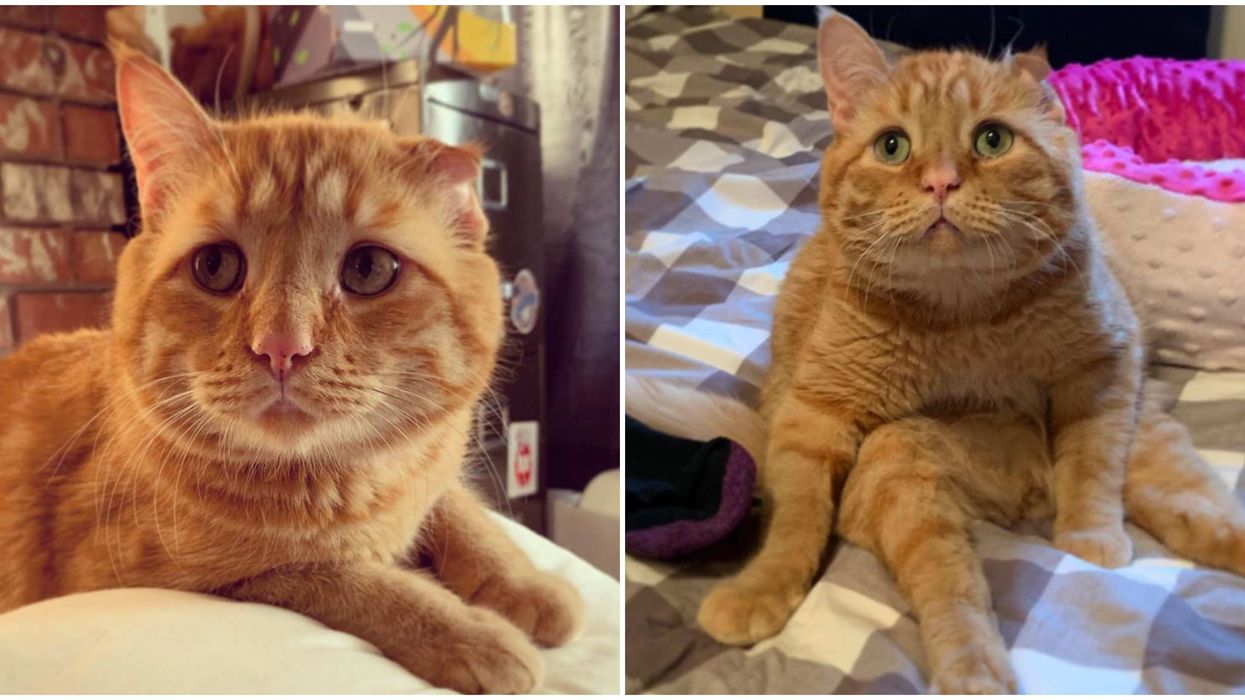 The internet is full of adorable, funny, meme-worthy cats. There's one that calls B.C. home and he's extra special. Benben, also known as the saddest cat on the internet according to his Instagram profile, has more than half a million followers and is making his Netflix debut this month. Benben the sad cat actually lives in New Westminster, B.C. and he's a local celeb we can all get behind.

Benben's owners Sandy and Adam spoke to Narcity about having an internet-famous cat, the new Netflix movie, and if he's really as sad as he looks.

"It's pretty fun and rewarding having an internet famous cat. We get to use our platform to spread awareness on adopting shelter animals and making a difference in our community," said Benben's owners.

Don't worry, even though he had a tough time, he's not as sad as his little downturned eyes might suggest.

"He’s definitely not as sad as he looks. In the early days; even we would cry at how sad he looked, at how much he fought to want to walk and play. Now he uses those sad eyes to get extra cheese," they said.

This sad looking little fellow has an inspiring background story that is a good reminder about the challenges animal shelters face.

The ginger cat was likely attacked by a bigger animal and needed a lot of medical attention. Not only did he have wounds and lacerations, but he also had a crushed spine reported Global News.

After many failed adoption attempts, they thought he was unadoptable and scheduled to put him down.

Then, he was adopted at the eleventh hour by Sandy Windover, who was a vet tech at the Vancouver ER Animal Centre.

Now he's a veritable star and his heartwarming story is inspiring for cat-lovers.

Plus, he's part of a cast of Instagram-famous cats who will appear in an upcoming Netflix documentary.

Benben's owners say that they haven't seen the documentary yet, but they "can imagine it will make people smile and laugh."

Cats the Mewvie will be dropping on Netflix on Wednesday, February 5.

A clip of the movie on Instagram featuring Benben and his family is captioned, "@benbencatcat might look like the saddest cat on the internet but we couldn’t stop smiling when he and his hoomans were around."