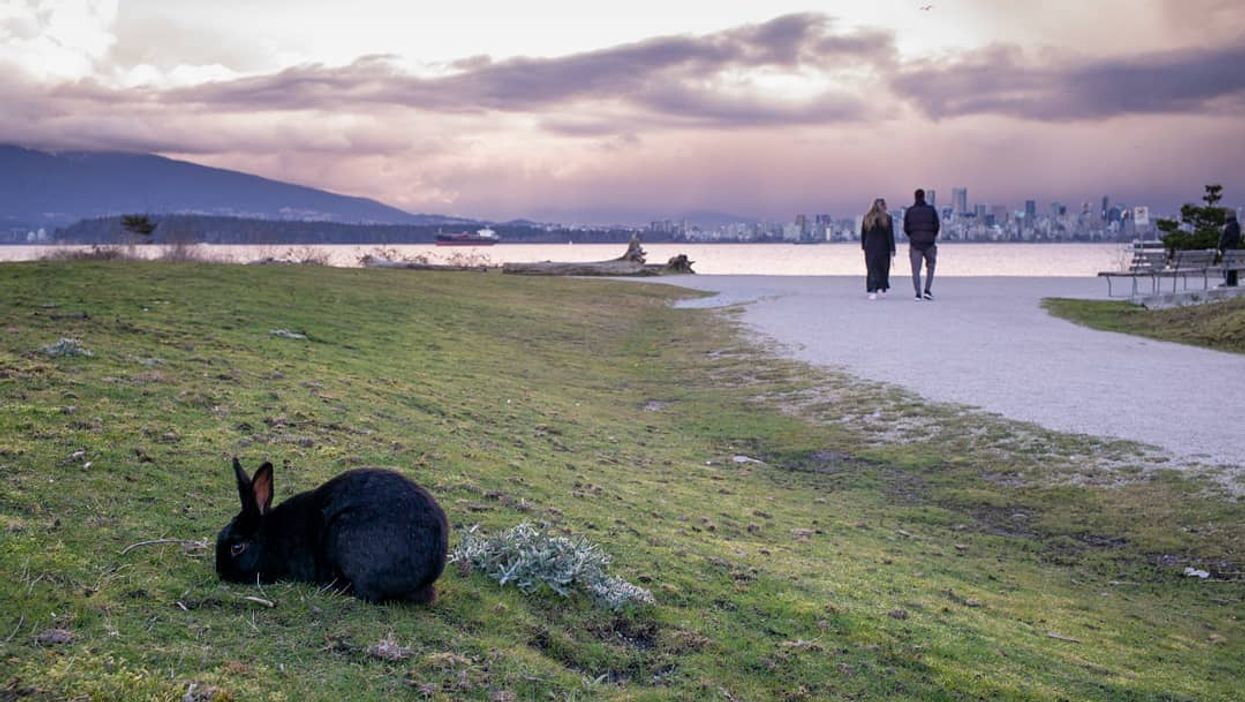 The first time you see this beach, you might do a double-take if you see rabbits sunbathing beside humans. The bunnies of Jericho Beach in Vancouver are a local secret but they're definitely not local. Canada is home to a beach filled with bunnies and we're finding out why.

If you head to Jericho Beach, you're almost guaranteed to spot some of the hundreds of adorable rabbits in the area.

But according to Dr. Sara Dubois, chief scientific officer with the BC SPCA, they were never meant to be there in the first place.

"It's really hard to say exactly where the Jericho rabbits came from, because they've been there quite a while," she said to Narcity, touching on the fact that they've lived on the beach for 15 years.

Dr. Dubois explained that it all started when people began "dumping" their pet rabbits into the wild many years ago.

"And over time they reproduce, they have offspring for generations," she said.

Krista Voth, environmental stewardship coordinator with the Vancouver Park Board told us that although there's a lot of them around, they aren't really making that serious of an impact.

"There's a few impacts from eating small vegetation," she said. But on the whole, the board more or less let them be for years.

"We haven't done any removal of rabbits or management that way, we just manage the landscape," continued Voth.

Dubois added that it can be scary being a beach bunny.

"They're released into the wild, which is incredibly sad because they're not equipped to live, you know, defenceless to predators," she said.

"They may survive, but they don't have a good quality of life."

Voth also said that, while you're more than welcome to watch these guys hop around, you should never feed or touch them yourself.

If you own bunnies, Dubois asks you to spay and neuter them. And, if seeing these tiny buddies on the beach makes you want one, then you can consider bringing one home. The SPCA has a ton of rabbits in need of families.

Rabbits can be tough to care for, she said, but they need homes too.

People are adopting a ton of cats and dogs this season, why not share the love with bunnies?