A man believes he caught it on video just yesterday. 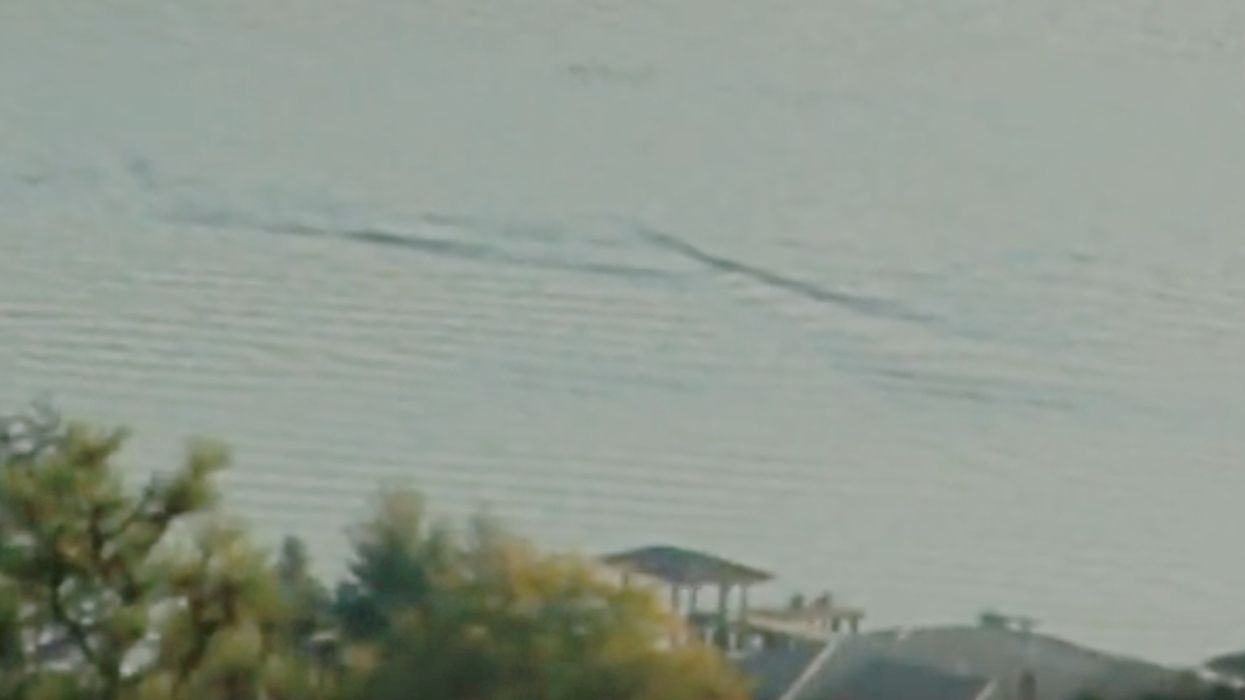 You've heard of the Loch Ness Monster and you've heard of Bigfoot, Sasquatch and Yeti or the Abominable Snowman, but have you ever heard of the Ogopogo? Canada has its very own urban legend and many people throughout the years have reported allegedly seeing this mythical creature with their very own eyes.

READ ALSO: 8 Creepy Urban Legends You Can Test Out With Your Friends In Vancouver

The latest alleged spotting? Just yesterday. On September 11th, Kelowna resident David Halbauer, reported that he saw the Ogopogo or a creature like it, and documented the encounter with a video, according to Global BC.

David Halbauer told Global that he would describe what he saw as similar to a "dinosaur" or "giant snake" that was about 50 feet long. He said that he thinks it could be the Ogopogo or something like it. However, it could also have been a regular sea creature or an irregular wave. So you can check out the footage and judge for yourself.

So what type of creature is the mythical Ogopogo exactly? Well, just like the Loch Ness Monster, it's believed to be a lake monster but with a massive snake-like body. This urban legend is supposedly local to Canada and is believed to specifically reside in Lake Okanagan in Kelowna, BC.

Even the tourism board of Kelowna acknowledges the prevalence of this myth in the town on their website. According to them, the Ogopogo is believed to be green and has a body that is 25 metres long. The head is believed to resemble a horse, a reptile or a goat. The urban legend has lived on for several decades. According to Tourism Kelowna, it was the First Nations that first spoke about “N’ha-a-itk”, which was a lake monster at Squally Point, close to Kelowna. And since then, the urban legend of this creature has persisted throughout decades and generations.

There is even an Ogopogo statue in City Park in Kelowna, which people frequently take pictures with and post on social media. People have also referenced the Ogopogo in their Instagram hashtags over 11,000 times. It's clear that the legend of this myth is prevalent in the town. Several sightings have been reported in past years. For instance, aside from the one reported just yesterday, another notable alleged sighting made headlines internationally seven years ago. The video depicted two long, darker lines in the water.

In November 2011, a man from West Kelowna took a video of something unusual that was in Lake Okanagan and it received widespread attention as a potential Ogopogo sighting. The video has since garnered almost a million views on Youtube and over a 100 comments, many of which are speculating about whether the Ogopogo is real.

You can check out the popular video for yourself:

Many people do believe in the urban legend while many others conclude it as a myth. There's even an "Ogopogo Quest" website in Kelowna that is run by self-proclaimed "Legend Hunters" on the lookout for this mythical beast. The group has existed for over twenty years and has gone on expeditions to find the Ogopogo.

Alleged sightings have been reported by numerous people and stem back to as early as the 1800s. However, no conclusive evidence about the Ogopogo has ever been found, and unless it is, the Ogopogo continues to be a Canadian urban myth that leaves people intrigued. Whether you think the Ogopogo is legit or just a myth is up to you to decide. But one thing is for sure – this urban myth sure is making waves and gathering a ton of attention in Canada and around the world.