BC fisherman caught throwing dynamite into a pack of sea lions and the video is shocking. 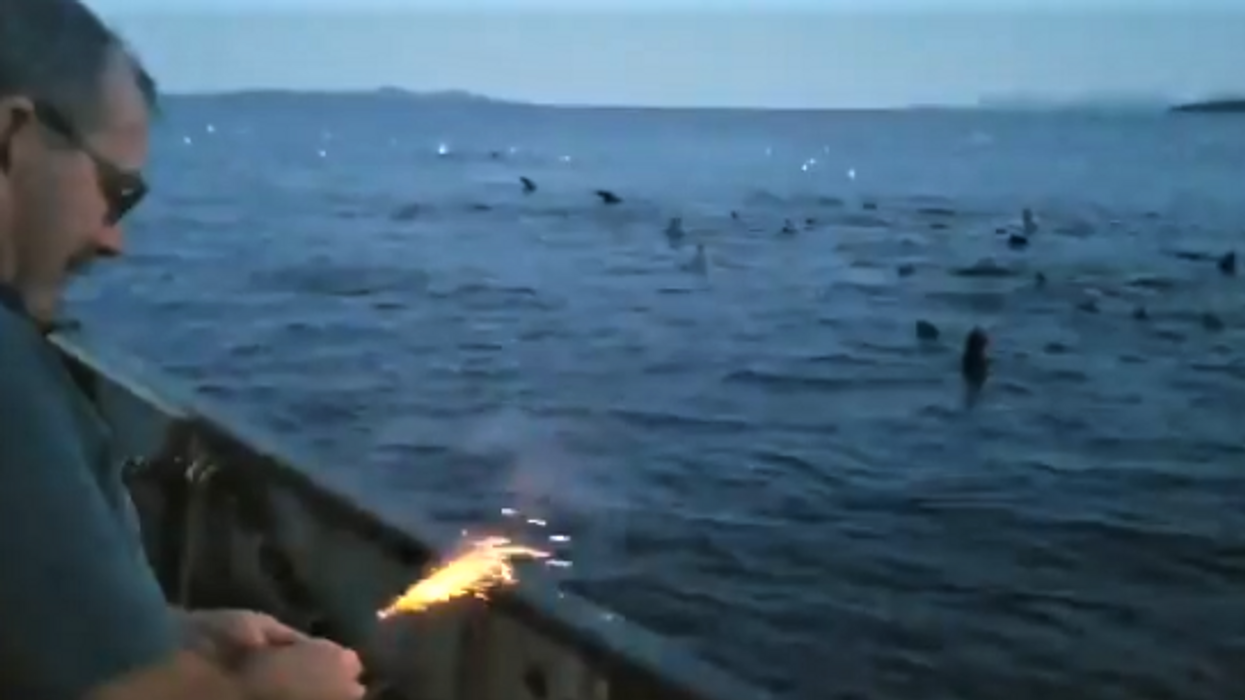 A new video has surfaced online that is gaining attention from both sides of the spectrum. In the video, you can see a Canadian fisherman throwing dynamite into a pack of sea lions. Since the video was posted yesterday it has gone viral. While there are some individuals condoning his actions, many are outraged by the act of animal cruelty.

READ ALSO: Fentanyl Is Being Illegally Imported Into Canada Via Canada Post

The video was posted to the group by Thomas Sewid. According to his Facebook page, Sewid is a fisherman from Victoria, British Columbia. When Sewid posted the video, he included justification and reasoning for his actions.

According to his lengthy Facebook post, there is a large number of Stellar sea lions within BC. Due to the high number of sea lions, the herring that typically stay near the top of the water now dive deep to stay away from their natural predators.

As someone who has had seal bombs thrown near me while diving (because I was in the way of a fishing boat that wanted to drop nets into the water), I can identify with the pinnipeds in this video being harassed by a fisherman who thinks it's hilarious to throw explosives at them. pic.twitter.com/x54K1sx36L

Sewid explained that since these herring stay deep, it makes it difficult for captains to catch herring as the nets do not go that deep. He then goes on to explain that the explosive being set off is a bear banger. It was used to try and get the sea lion horde to move on, so the fishing boats could continue searching for herring.

According to Sewid, this tactic is “always to no avail, for in a few minutes they [sea lions] return.”

Even though Sewid explains his point of view, commenters can't help but sympathize with the animals that were startled and possibly injured by the explosive he threw into the water.

In the video, you can see Sewid laughing as he throws the lit dynamite right into the middle of the pack of sea lions. A few seconds later, the dynamite explodes and sends the pack of animals into a sudden frenzy.

“The sea lions need to fear we humans once again, for as one can see they have no fear. Bear bangers and sea lion bombs (underwater Cherry Bomb firecrackers) are not going to do it, for we fishers have been proving that for decades. The only way to see fear instilled upon the hordes is to once again shoot them,’ writes Sewid.

Since the video was posted just 24 hours ago, many people have voiced their opinions. Most of the comments under the original Facebook post are in support of Sewid. This is not surprising since Sewid stated he would be monitoring the comment section heavily and would block anyone who does not agree with the tactic.

One Facebook user commented on the video saying "I love seal bombs. I wish they killed them though. It’s unfortunate that people have feelings for these giant rats of the sea! Sea lions are going to eat everything to extinction!"

Others are not supportive of his actions. One diver has taken to Twitter to explain that he has had seal bombs thrown near him while diving. According to the Twitter user, it was because he was in the way of a fishing boat that wanted to drop its nets in the water.

CTV spoke to an expert with the Vancouver Aquarium to understand more about the situation. According to the expert, Dr. Martin Haulena, this is a very powerful level of noise in close proximity to the sea lions and because of this, it can cause damage to the animal's hearing.

READ ALSO: Toronto Man Who Posed As An Uber Driver To Sexually Assault A Passenger Is Wanted By Police

According to CTV, the Department of Fishers and Oceans has been made aware of the video and are currently looking into the matter.