Abbotsford Police are searching for 12-year-old Brandon Smitton who has been missing since Saturday afternoon but there's no Amber Alert for him. 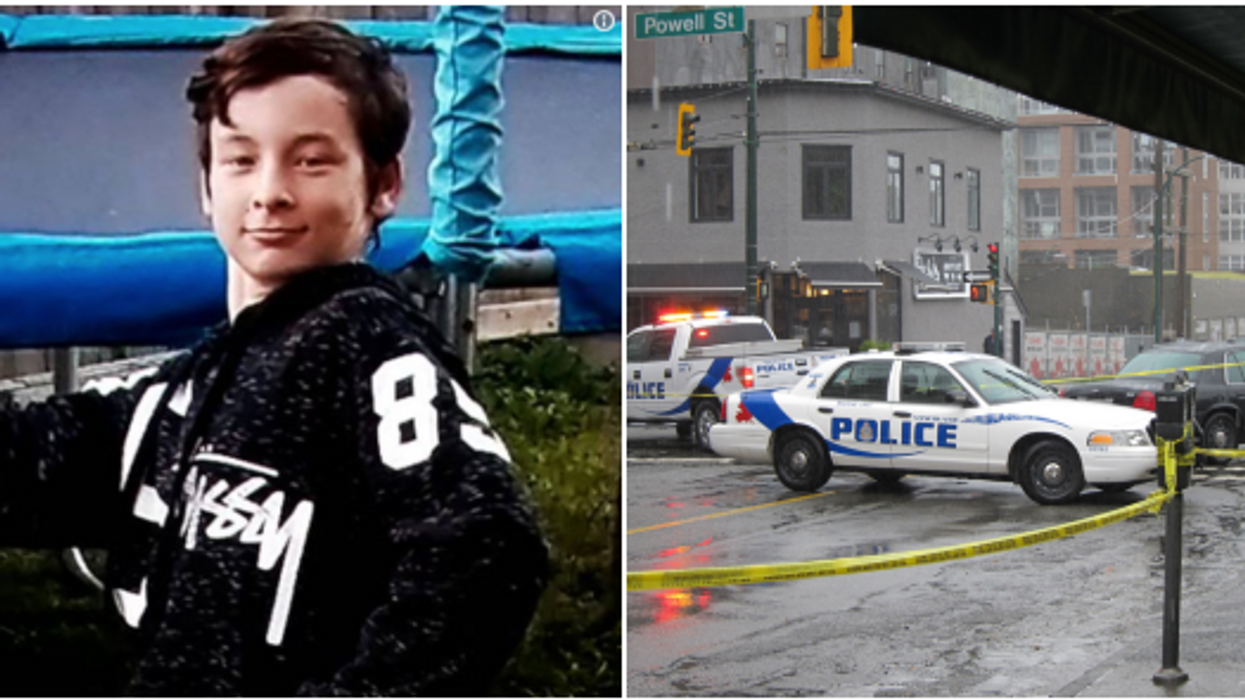 Update: Abbotsford Police have now confirmed that Brandon Smitten was located safely this morning. They have not released any other details regarding his location or the search. Police thank everyone who helped in the search.

Abbotsford Police are searching for a 12-year-old boy who went missing Saturday night and hasn't been seen since. The boy from BC was reported missing Saturday night when his mother was unable to locate him and the search for him still continues today. Abbotsford police are asking for the public's help in finding the boy and are asking anyone with information to contact them immediately.

According to the Abbotsford Police news release, Brandon Smitton was last seen at 3:30 PM on Saturday afternoon when his mother dropped him off at a skatepark on 3100 block on Clearbrook Road. When Smitton's mother returned two hours later to retrieve the boy, he was nowhere to be found.

Smitton's family have been unable to contact him since and are worried about his safety. His family states that this type of behaviour is very untypical for Brandon.

Brandon is 5'1" tall and weighs around 100 pounds. He has short brown hair and is said to have been wearing an earring in his left ear at the time of his disappearance. The earring has two stars on it.

READ ALSO: A Herd Of Cows Got Loose On Highway 401 And Wreaked Havoc For Drivers This Morning

On the day of his disappearance, Brandon was last seen wearing a white t-shirt that read "Mission, BC" on the front and "Sacred Mission" on the back. He was also wearing blue Adidas shorts and Air Jordan sneakers.

So far, no amber alert has been issued for the disappearance of Brandon. According to the Royal Canadian Mounted Police, there are a certain set of criteria that needs to be reached before an amber alert is issued.

READ ALSO: Canadian Millennials Willing To Give Up Almost $10,000 Per Year For Better Jobs

An Amber Alert is only issued if police have reasonable grounds to believe that a victim has been abducted, is in immediate danger, and have information about an abductor and vehicle involved.

If all of these criteria are not met then an Amber Alert will not be issued. At this moment, the lack of amber alert in Brandon's case indicates that police do not have information to believe that he was kidnapped or in immediate danger.

If anyone has any information on the whereabouts of Brandon, they are asked to contact Abbotsford Police at 604-859-5225. They can also contact AbbyPD at 222973.