Bo Horvat Is Officially The New Captain Of The Vancouver Canucks

At the Canucks' 50th home opener, Bo Horvat was named their new captain. 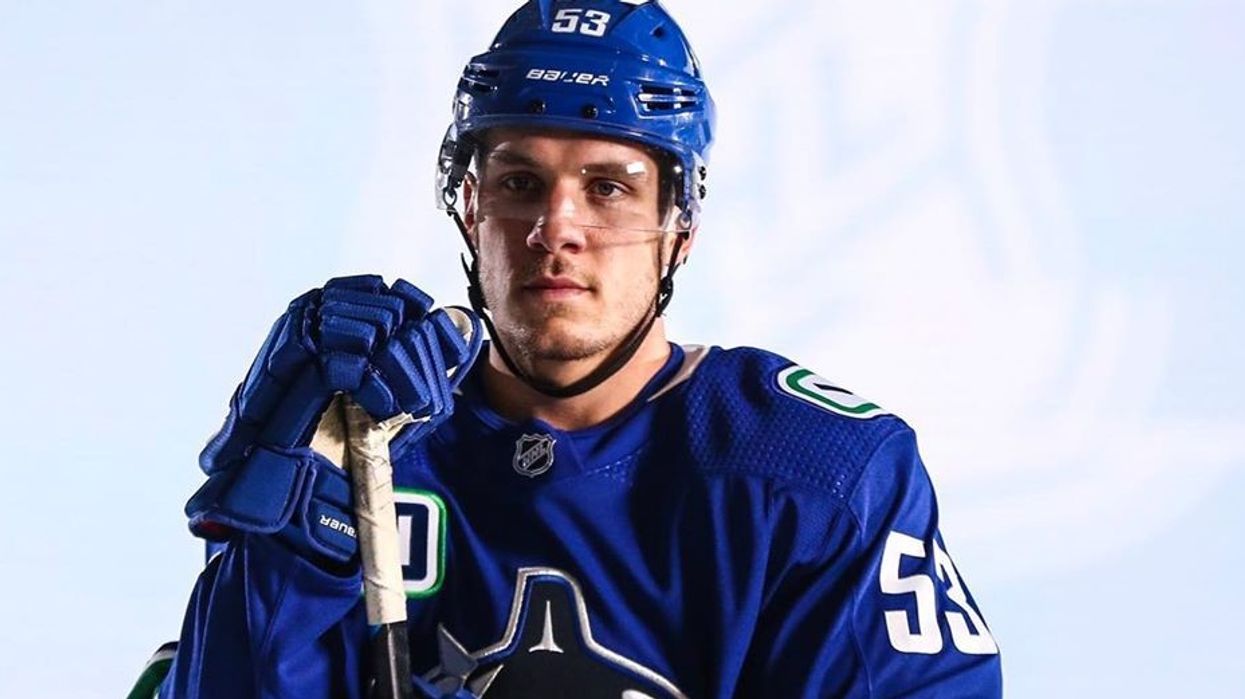 After months of anxiety and anticipation, the Canucks announced their team captain. Finally, fans can rejoice because Bo Horvat is the new Vancouver Canucks captain for 2019-20. Rogers Arena filled with joyful screams as the team made the announcement official at the team's season opener on Wednesday night.

Not only is this a special day for Horvat, but the announcement also comes on the franchise's 50th home-opener. Back on October 9, 1970, the Canucks played their first game in the NHL against the LA Kings. On October 9, the Canucks go head to head with the LA Kings once again. He's the third-youngest captain in franchise history.

The team hasn't had a single captain since 2018. Henrik Sedin was the last official captain of the Vancouver Canucks, but that all comes to an end tonight. Horvat, who is beloved by fans, finally took the role as captain of the Canucks as many expected.

Rumours about the next potential team captain have been swirling since Sedin retired. Fans quickly began offering up Horvat as a respectable next choice.

"It is now time to embrace our history and welcome our future," said the announcer at the game. When Bo Horvat put on his new jersey, the crowd went insane and started cheering "Horvat! Horvat!" as the ceremonial puck was dropped.

One twitter user called Bo Horvat "the right choice," while another said of the ceremony, "this is really honestly touching." Many more tweets had some variation of "Oh Captain My Captain." One of our favourite tweets simply said, "YASSSS BO!!!"

In the lead up to the game, some fans were in agony over the announcement. "Just tell us who the captain is," read one tweet. "So many pro-Horvat for Captain signs here, it'd be insane for the Canucks not to name him," read another tweet from a fan at the game.

You don't have to be a die-hard Canucks fan to know it was going to be Bo Horvat for captain. One Twitter user had confirmation from an unlikely place prior to the announcement. "Concession leaking info," read their tweet that showed a commemorative cup from the concession stand that celebrated Bo Horvat.

The Canucks captain role hasn't been filled since the 2017-18 season when Henrik Sedin retired. Back in September, NHL.com reported that Horvat stated in an interview that he was ready to step up as the new captain for the team, if offered.

When asked if he was ready to be the next captain of the Vancouver Canucks, he responded with "Yeah, I think so". He also stated that it would be an "unbelievable honour to wear the C," It looks like Horvat's dream of being the captain of the Canucks has finally come true.

As expected, many Cauncks fans are elated to hear the good news. Fans who guessed that it could have been Elias Pettersson will have to wait a few years longer.