Almost Half Of BC's COVID-19 Cases Have Already Recovered

But we still haven't reached the peak. 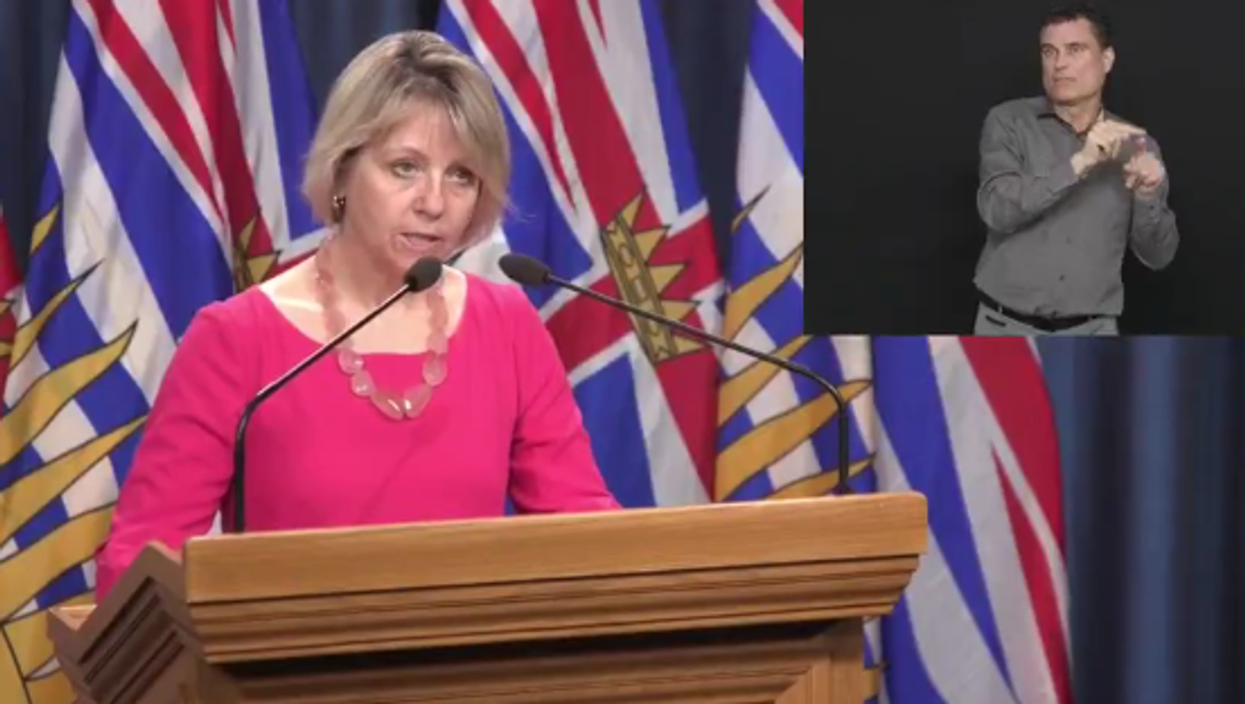 It's been a hard few weeks of self-isolation, but the situation in the province is finally looking up. In the latest update, officials said almost half the cases of COVID-19 in B.C. have completely recovered. Even though 48% of cases are recovered, there's still a long road ahead for the province.

Of the total 970 current cases in B.C., 469 have fully recovered, reported provincial health officer Dr. Bonnie Henry in her update on Monday, March 30.

During the meeting, she praised the efforts of the province's health care workers, as well as the efficiency and proper hospitalization of those recovered patients coming from the hospital.

Even though these numbers sound good, Henry is remaining cautious. She thinks that the cases will keep climbing.

"We're not through the storm yet," said Henry. "We've not yet reached our peak."

Since her last update, Henry reported a total of 86 new cases. Over Sunday, March 29, 70 new cases emerged. On Saturday, March 28, there were just 16 new cases in the province.

Unfortunately, two more people passed away since her last update, bringing the provincial total to 19 deaths.

Of these, there was the first person to pass away from COVID-19 in their home outside of a health care setting. The rest of the deaths occurred in long-term care homes.

According to the Government of Canada website, there are 6,320 cases of COVID-19 in Canada in total as of Monday, March 30, but that number doesn't yet include the new cases reported by B.C.

The westernmost province is leading the country when it comes to recovery, but that could be because their testing criteria and how they define recoveries are different.

For example, Alberta has 507 cases and 33 recoveries which is a totally different recovery rate compared to B.C.

In Henry's report on Saturday, March 28, she said the province is marking COVID-19 patients with symptoms mild enough not to require hospitalization as "recovered" if they stop showing symptoms after 10 days of self-isolation.

B.C. is under a state of emergency during the COVID-19 pandemic.

The province is offering support to British Columbians right now including help with rent and money to help make ends meet for those whose work has been affected.

With nearly half of cases recovered in the province, there's a glimmer of hope for the future, but we're not done yet. "We need to double up our efforts right now, reinforce that this is our week," said Henry.