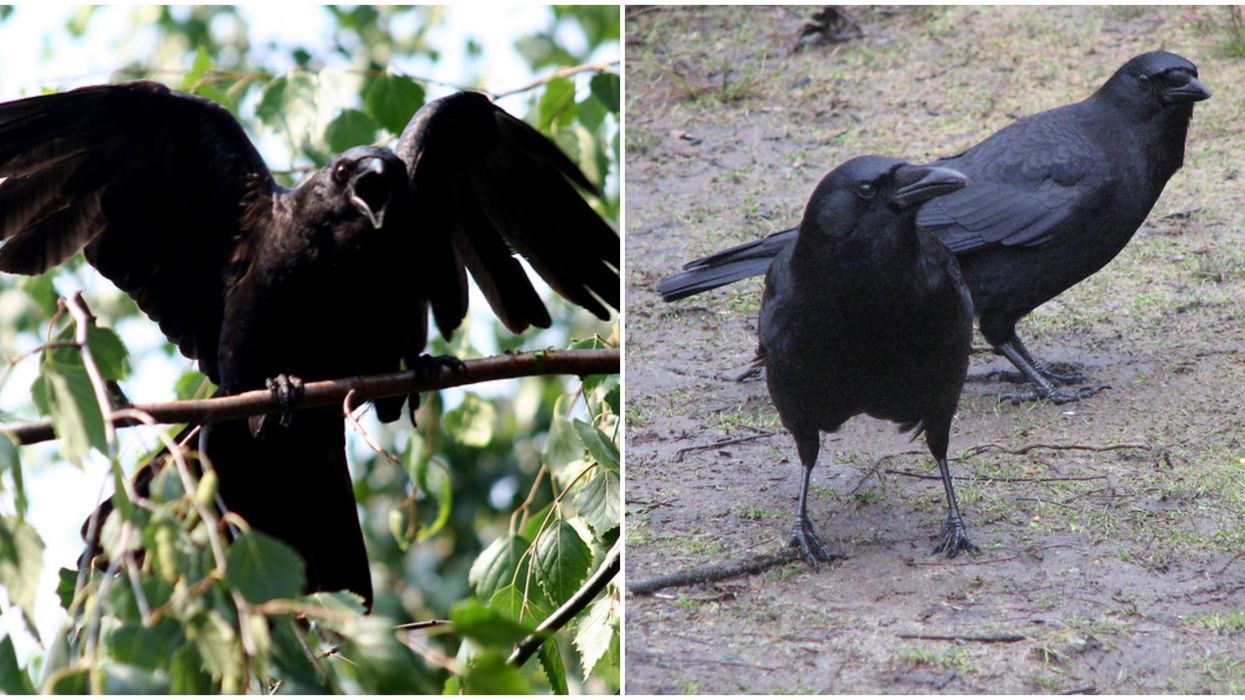 Ever take a stroll through town, just minding your own business, when suddenly birds start divebombing your hair for target-practice? If you have, you might just be a Vancouverite. Crows in Vancouver are on their yearly terror campaign, and one group is speaking out to explain why this happens and what you can do about it.

According to Dr. Sara Dubois, chief scientific officer with the B.C. Society for the Prevention of Cruelty to Animals, Vancouver's crows are crabbiest when they're making nests and raising their young.

"They get pretty defensive when their babies are around," said Dubois to Narcity.

"But they don't actually want to hurt humans, they're very smart birds," she continued.

The city is so famous for being attacked by birds that they even made a map to track the latest attacks.

Crow eggs and babies are super vulnerable, Dubois said, especially when they're fledglings. Newborns aren't able to fly for several days and need parents to keep them safe as they hop on the ground and practice their flight muscles.

"Different families might start at different times, but it's good to keep an eye out for them in June and in July," said Dubois.

By July, the SPCA says the babies will be "well on their way to independence" and the adults will be much calmer.

If you're on the run from dive-bombing corvids, Dubois has a few tips to keep you safe. You can avoid areas with known crows nests or even put up warning signs next to bird families so others could dodge them.

Or, if you're unwilling to let some birds mess up your usual commute, you can even shield yourself with an open umbrella or hold a jacket over your head, she said.

Have you been dive-bombed by crows? Springtime to early summer is crow nesting season and the crabby crows you may… https://t.co/bvhUqEZWgw
— BC SPCA / BCSPCA (@BC SPCA / BCSPCA)1589940240.0

As they grow stronger, baby crows will practice flying by fluttering between low hanging branches. But because the city trims these branches, a lot more babies end up on the ground — meaning more grouchy crow parents.

At the end of the day, even though Vancouverites face attacks by angry crow moms, Dubois says the city is proud of their crows.

"These are urban species," she said. "They've adapted to us so we'll have to adapt to them."