Canada had it first... well, second. 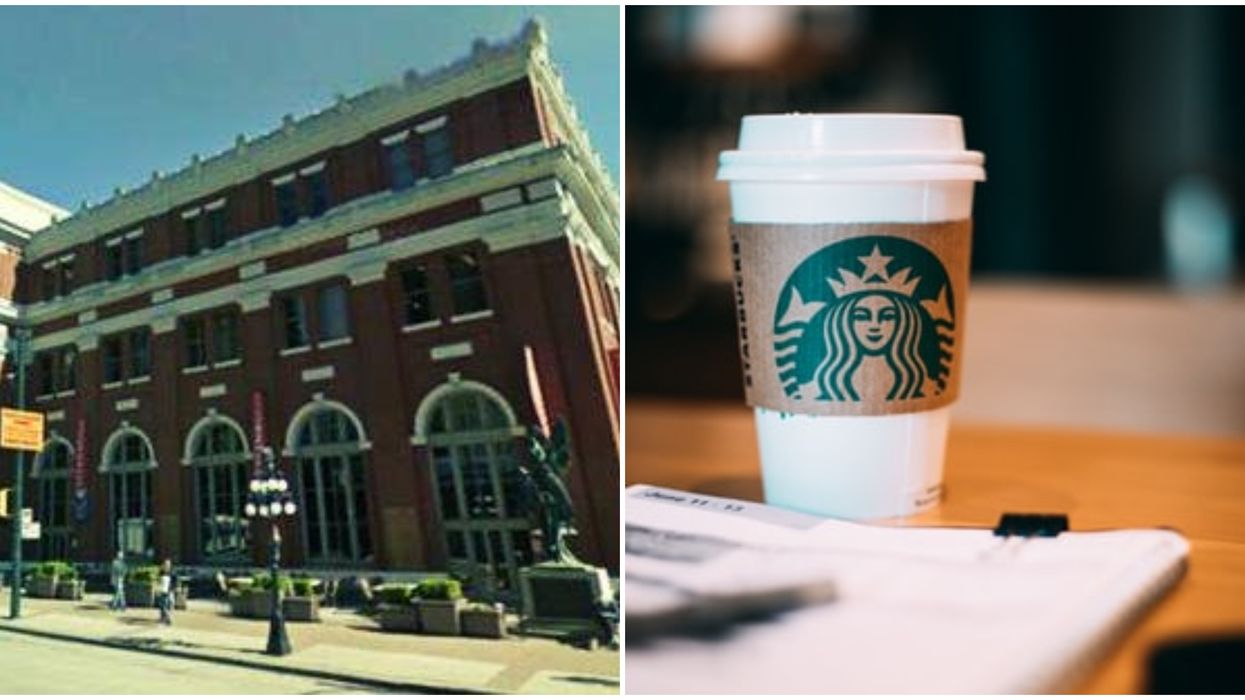 People might think that Starbucks is overrated now but back in the '80s, a new location opening was probably a huge deal. And Canada was front and centre for that. The first Starbucks in Canada was the coffee chain's first-ever international location. That’s definitely a win for Canada and a bragging point!

Despite there being a plaque outside of the coffee shop commemorating the location’s history, many people who’ve been to that location are just now discovering that it’s the first Starbucks in Canada and the first one outside of the U.S. as well.

Starbucks opened its first store in Seattle in 1971 and then on March 1, 1987, the first international Starbucks location opened at the Seabus Skytrain Station in Vancouver.

"This humble store was Starbucks Coffee's first international location, and since then Canadians have been embracing the Starbucks experience," the company said about its heritage.

11 years after Starbucks opened in Seattle, Howard Schultz joined the company as director of retail operations and marketing.

Then he travelled to Italy where he saw how popular espresso bars were in Milan. Because of that experience he got the idea to bring similar coffeehouse styles to Seattle.

After testing that coffeehouse concept in Seattle, he made his own company, Il Giornale. That company would serve brewed coffee and espresso from Starbucks coffee beans.

Then in 1987, Il Giornale acquired Starbucks and the first international store was opened in Vancouver inside a train station.

And that tiny coffee shop in the train station still exists today.

In a Vancouver subreddit, one user posted a photo of the plaque outside the coffeeshop that reads, "First Starbucks In Canada" and was shocked to find out that information.

Other users were surprised as well, but one said that it actually made sense for the first Canadian and international location to be in Vancouver given how close the city is to Seattle.

According to Starbucks, there are now 1,070 locations across Canada, only 32 years after the first location opened up here.

In addition to Canada having the first-ever international store, the country is also home to the coffee chain's northernmost store which is in Whitehorse.

Since the first Starbucks opened in Canada, stores have popped up all over the country.