250 lucky fans will win a pair of tickets to Thursday's game. 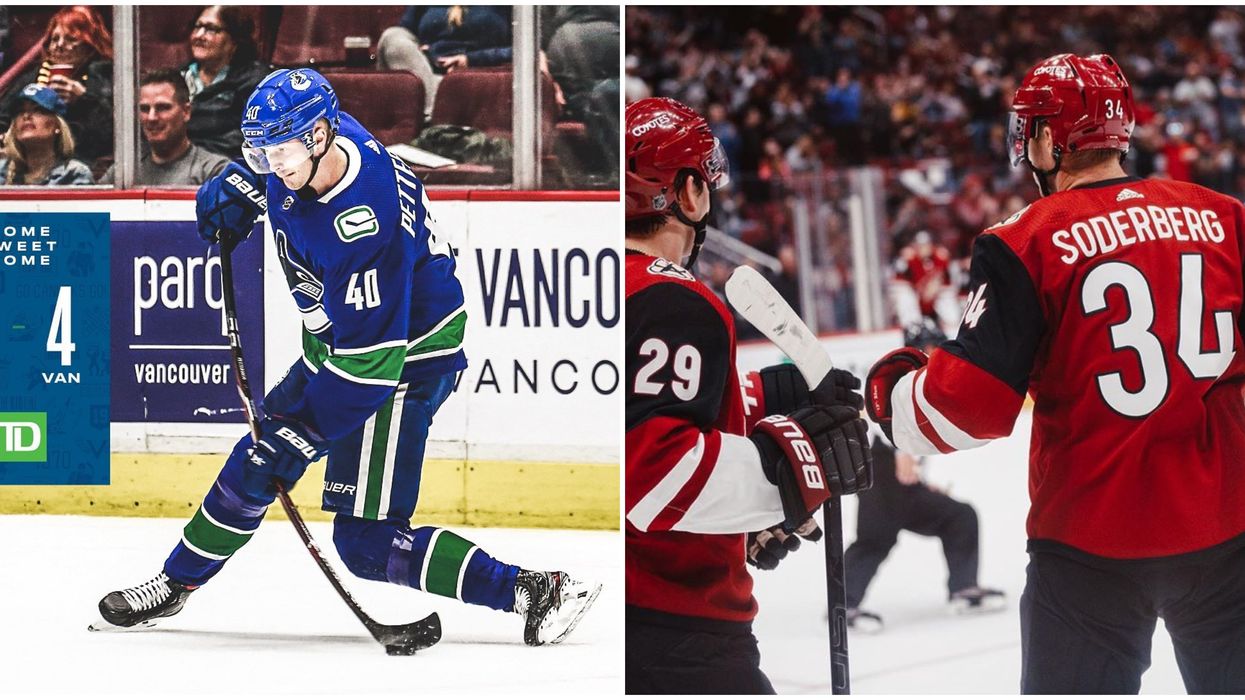 When's the last time you scored free tickets to anything in Vancouver? Right now, there are 500 free Canucks tickets up for grabs this weekend and you don't want to miss out. Over the next 24 hours, you can enter a Skip The Dishes contest and you could win a free pair of tickets to the upcoming game this Thursday, September 26 at Roger's Arena. We don't want you to miss out on this so we've got all the details you need.

This Thursday, the Vancouver Canucks will go head to head against the Arizona Coyotes and Skip The Dishes wants to get you to the game. This is your chance to catch up on everything Cancuks and get in the mood for hockey season. You could even get to see Elias Pettersson after his Captain America transformation over the summer.

It's early in the hockey season now which makes it the perfect time to get yourself acquainted with the players and the new line ups. Plus, things can get nasty at Canucks games later in the season so the earlier the better so you can avoid drama.

Right now, there are over 1,300 entries in the contest. This opportunity is too good to pass up, especially if you love going to the game. Head over to the Skip The Dishes website to enter the contest ASAP and get closer to your Vancouver Canucks.

The contest closes at 12 p.m. PST on Tuesday, September 24. Any hungry Canucks fans out there should enter the contest and if you win you could bring a friend with you to watch these two teams face off on the ice.

While you're at the game, look out for players like Brock Boeser and Bo Horvat who will be just a few Canucks to watch heading into the 2019-2020 NHL season.

This is one contest that Vancouver hockey fans won't want to miss so enter the contest right now for your chance to win.