Guy Fieri of Diners, Drive-Ins and Dives is checking out the food scene in Canada and his fans are loving it! 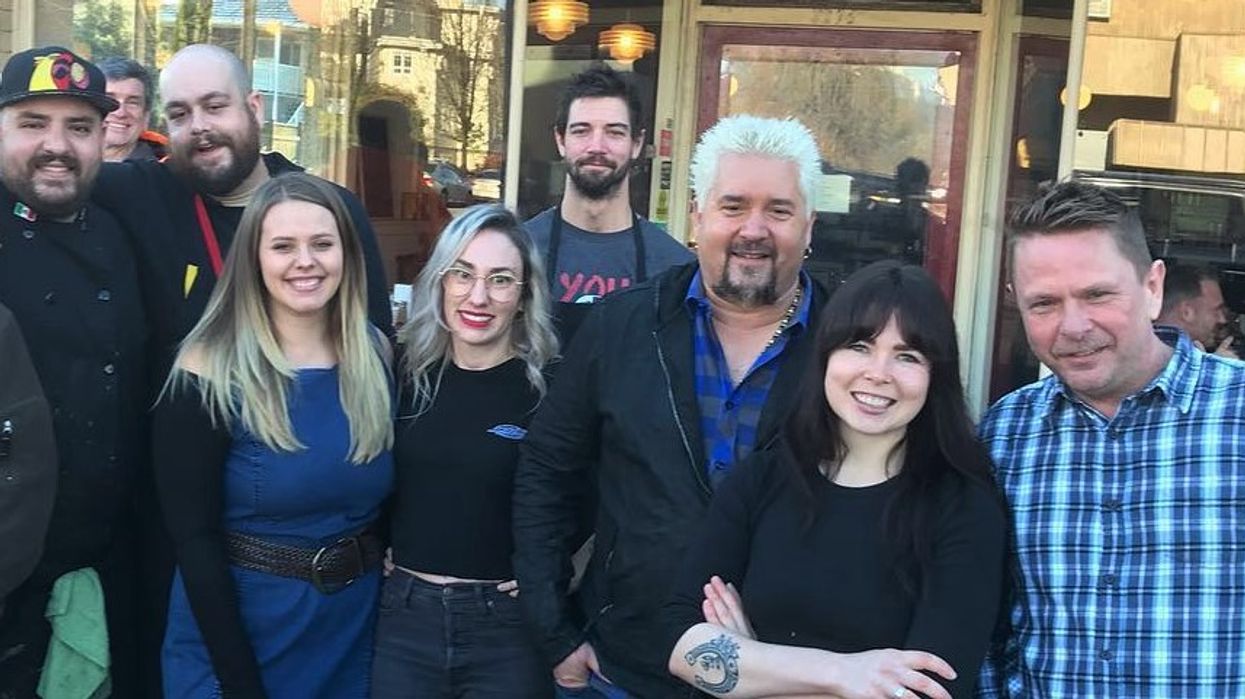 Earlier today, Guy Fieri was spotted parking his famous red convertible right outside of Vancouver's very popular The Red Wagon Cafe. Guy Fieri is not only an extreme foodie, but he's most famously known for travelling all around the United States trying out the best grub that the country has to offer.

Every once in a while, Fieri is known for checking out some super tasty foods across the border in Canada, and it seems like today was our lucky day.

The Red Wagon Cafe is an iconic Vancouver landmark known for serving up classic comfort food in their old school diner. The restaurant is located at 2296 E Hastings Street in Vancouver, BC. The small diner boasts a score of 4.3/5 stars from nearly 1000 reviews. Here are some photos of Guy Fieri in Vancouver today. According to the Instagram post from Red Wagon Cafe, our suspicions are correct. It looks like Fieri was in the area to film an episode of Diners, Drive-Ins and Dives. The Instagram post reads, "Today we went back to “flavour town” and it was AWSOME!! #dinnersdriveinsanddives "

Earlier this week, Seth Rogen and David Chang were spotted eating out in Vancouver too. The pair of foodies were spotted filming Chang's famous show, "Ugly Delicious" in Vancouver while grabbing grub at HK BBQ Master in Richmond, BC. Here's hoping we'll get to see more famous foodies in Vancouver throughout 2019!