Spoiler alert: it's not on Privet Drive. 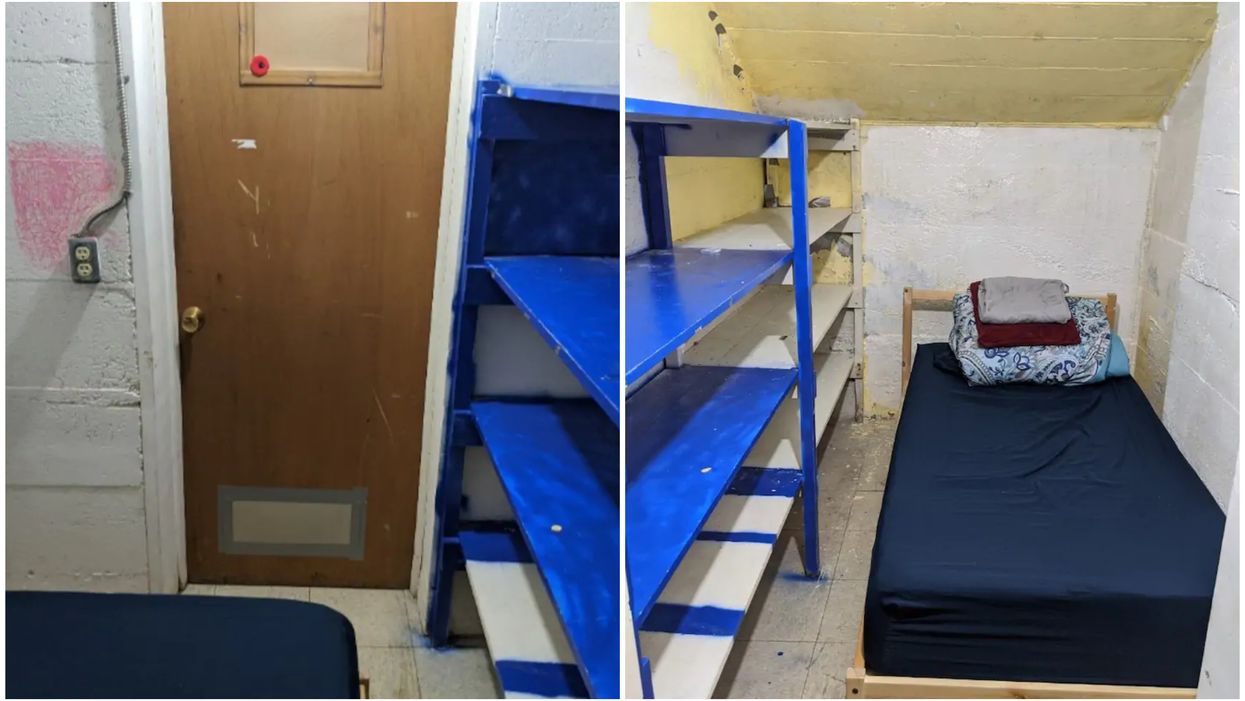 We all know how crazy Vancouver housing can get, but this is taking it over the edge. Someone's renting out a Harry Potter room in Vancouver that's almost a cupboard under the stairs. Except instead of your abusive aunt and uncle, the house is filled with university students and you'll have to pay rent.

Advertised on Airbnb as a "Harry Potter private room," the space is made up of a tiny room with tile flooring and next to no legroom. Almost all the space is taken by the single bed and rows of metal shelving.

And, as promised, the ceiling slopes down near the head of the bed — this is a genuine staircase, after all.

"It's not quite a cupboard, but it's certainly on the small side," reads the posting.

The room is just part of a larger community house in the "Little Australia" neighbourhood of UBC's University Endowment Lands, which the posting says is just a five-minute bike ride to the university.

It used to go for $16 a night, but they've reduced the price to $14. That's on top of the cleaning fees, service fees, and occupancy taxes and fees, of course.

The couple who's renting the place has 61 other listings, many of which are advertised as "crash pads," or bunk beds in shared rooms of communal houses.

The house itself has two kitchens, two bathrooms, and a bike rack. While the owners said there are other people living in the house, they didn't specify how many. "Enjoy living with other students!" it read.

The house is also "close to the beach, grocery stores, coffee shops," the posting reads.

The Harry Potter books and movies are huge and any millenial is likely to be a mega-fan. Harry Potter, the self-titled protagonist, had his bedroom underneath the staircase and it was pretty sad.

Any die-hard Harry Potter fans out there must be overjoyed to learn they too can be like the boy wizard and live in a cramped, dark room under the stairs. It's perfect if you're still waiting for your Hogwarts letter.

We all know how ridiculous housing in Vancouver can get and have heard the stories of parking lots costing up to five figures. At least we finally have some affordable housing in the city.

And if the host's "outstanding hospitality" rating means anything, this is definitely a room worth going for.

Harry Potter Room Under The Stairs

Address: Near UBC, Vancouver, BC

Description: A tiny room in a communal house that's found under the stairs, just as promised

These prices and terms of occupancy are confirmed at the time of publishing, but they can change at any time.