No one was injured during the conflict between the rival parties. 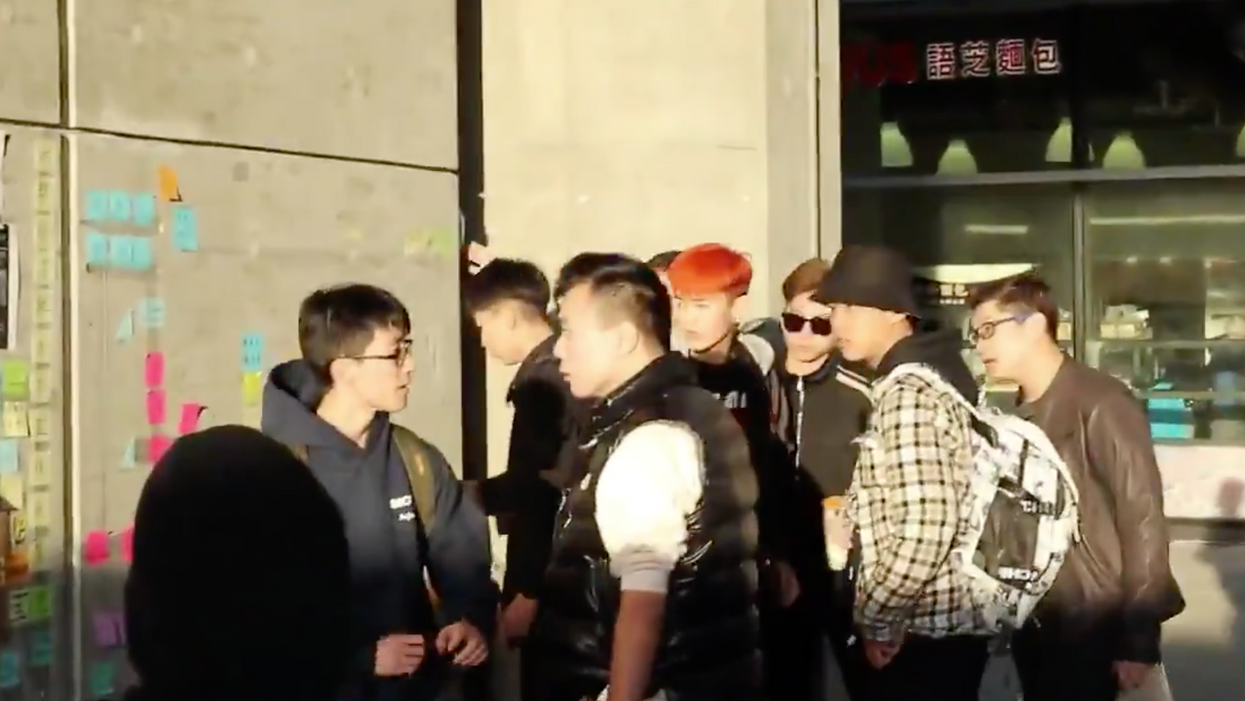 High-tension conflicts and protests broke outside Aberdeen station in Vancouver over tensions in Hong Kong. The Vancouver Hong Kong China protest on Tuesday, October 1, was between pro-Hong Kong supporters and Chinese Nationalists. The conflict was over pro-Hong Kong posters and signage that was put up on a wall outside Aberdeen's Canada Line station in support of protestors in Hong Kong.

The altercation between what seems to be two rival groups of protestors, one group who are pro Hong Kong while the other seem to be Chinese nationalists, was caught on video outside the Canada Line station.

A group of pro-Hong Kong supporters were seen pasting several posters and sticky notes on a wall outside the Canada Line station late afternoon on Tuesday, supporting Hong Kong and showing their solidarity with the region’s escalation conflicts between people and the police.

Soon after, a group of what appears to be pro-Mainland China or Chinese Nationalists, are seen tearing up the makeshift 'Lennon Wall' simultaneously causing a scuffle between themselves and the group for pro-Hong Kong supporters.

The Lennon Wall is a graffiti-filled memorial wall originally created in Prague, Czech Republic in the 1980s as a way for the youth at the time to combat Prague’s oppressive totalitarian regime.

This isn't the first time that Hong Kong and China tensions have bled into Vancouver. Just last month, a home in Vancouver was vandalized by anti-Hong Kong graffiti. Plus, things are so bad between China and Canada that we've asked the United States for help.

Since then, makeshift Lennon walls have been built and around the world to rally for local and global causes.

In the video, several verbal threats of violence can be seen being exchanged between both rival parties. While no one was seriously injured, the escalating conflict outside the station led to the Richmond RCMP police officers being called in shortly after.

This is what the #LennonWall at Aberdeen Station looked like before its destruction. It was constructed within an h… https://t.co/DeRhscRrKi
— Kevin Huang｜黃儀軒 😷 (@Kevin Huang｜黃儀軒 😷)1569990360.0

No arrests were made, but the wall was eventually torn down entirely and cleaned bare by the Hong Kong supporters before they left the station.

Tensions in Hong Kong, the Republic of China’s special administrative region, shot up in early June this year after their government proposed a new law that would extradite Hong Kong to the Chinese Mainland.

The anniversary saw Beijing, Mainland China’s capital, showcase their military prowess with a parade featuring 15,000 troops, 580 missiles and vehicles, and 160 aircraft, Hong Kong on the other hand saw one of the most violent days since it began its protests earlier this year.

Some protestors were shot with live rounds of bullets by the police, with several more people being arrested for openly fighting with police. The protesters allegedly started fires, and threw petrol bombs at the police, while the police in Hong Kong responded with tear gas, water cannons and live bullets.

The law would have transformed Hong Kong’s status as an almost fully autonomous, self-governing body, a change that immediately led to an eruption of protests from Hong Kongers.

Hong Kong used to be a British colony for over 150 years, until China reached a deal with UK in 1984 that saw Hong Kong being returned to China under the condition that the ex-colony would become a new part of China with a caveat.

The caveat was that Hong Kong would have its own legal system and borders, including freedom of speech and free assembly.

IMPORTANT CONTEXT: This event was organized by HIGH SCHOOL students who wanted to do something to show support for… https://t.co/dPdIQFGrK5
— Kevin Huang｜黃儀軒 😷 (@Kevin Huang｜黃儀軒 😷)1569992297.0

While this new law was withdrawn in July of this year, anti-communist and pro-democracy protests in Hong Kong have nevertheless continued every weekend.

Hong Kong’s freedoms expire in 2047, and it’s not entirely clear what the status of Hong Kong will be then, in relation to Mainland China.

Earlier this year, Canada issued a travel advisory against visiting to Hong Kong.