It hit right near his eye. 😱 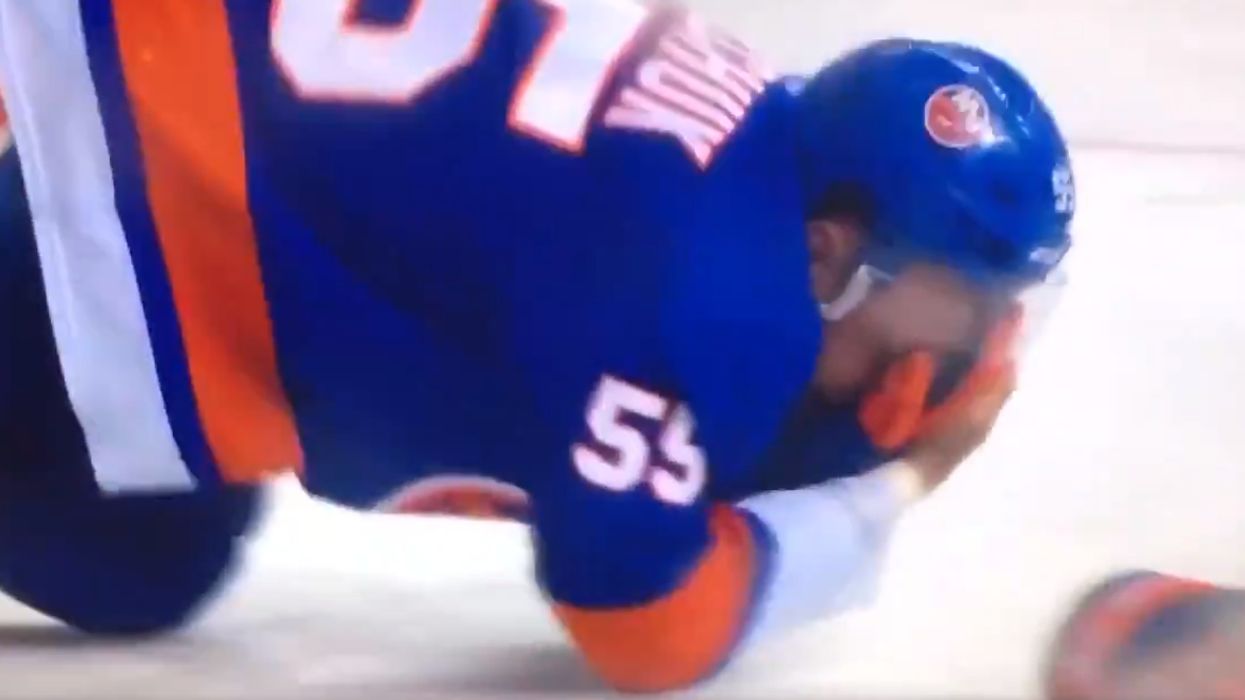 Just when New York Islanders' fans thought their night couldn't get any worse, it did. Their defenceman, Edmonton-native Johnny Boychuk got hit in the face by a skate during a game against the Montreal Canadiens. We've obtained the video, and we should warn you it's not pretty.

The New York Islanders lost 2-6 against the Canadiens on Wednesday, March 3, but it may have been Boychuk's facial injury that's made the night one to remember for hockey fans.

The video shows Boychuk in front of the Islanders' net when Habs' player Arturri Lehkonen loses his balance and falls down in front of him. As he falls, his legs fly up behind him and his skate hits Boychuk right in the face.

Boychuk immediately goes down, hiding his face with his glove. He then gets up and rushes off the ice to head to the dressing room.

He told CTV News, "No update on Johnny Boychuk. It’s pretty scary obviously around the facial/eye area. He’s being evaluated."

Johnny Boychuk, who is from the Newton-Beverly Heights district in Edmonton, has been playing for the Islanders since 2014.

This above clip shows in detail how the injury occurred as well as the reactions from the rest of the players on the ice.

Since Boychuk took off immediately after the incident, with his hand covering his face, we don't really get to see the extent of his facial injuries.

So at this point, it's anyone's guess how bad it could be for Johnny Boychuk, and whether he could return to the ice anytime soon.

Lehkonen, the player whose skate hit Boychuk, has addressed the incident in a post-game interview.

He seemed fairly distraught as he said to TSN, "I really hope it didn't hit him in the eye or anything like that. It's scary for sure."

He also goes on to say that he knew right away that his skates hit "somewhere high," and so when he turned to see what had happened, he didn't know what to do.

Edmonton-born Boychuk has been through a whole lot of teams in his career. He won the Stanley Cup with the Boston Bruins in 2011 and subsequently brought the trophy to the Stollery Children's hospital.

This heartwarming profile on NHL details Boychuk's love for Edmonton and how he tries to spend as much time as possible in his hometown.

Boychuk shared that Edmonton's harsh winters, although painful for everyone else, made it all the easier for him to practice hockey.

He could just skate on the patch of ice in his neighbourhood rather than rent out the Oilers' arena.

Only time will tell if Boychuk is able to resurface on the ice. New York Islanders' have had a rough couple of games in the last month; they've lost their past four games including last night's game vs the Montreal Canadiens.