"Let's help each other, let's be great human beings." 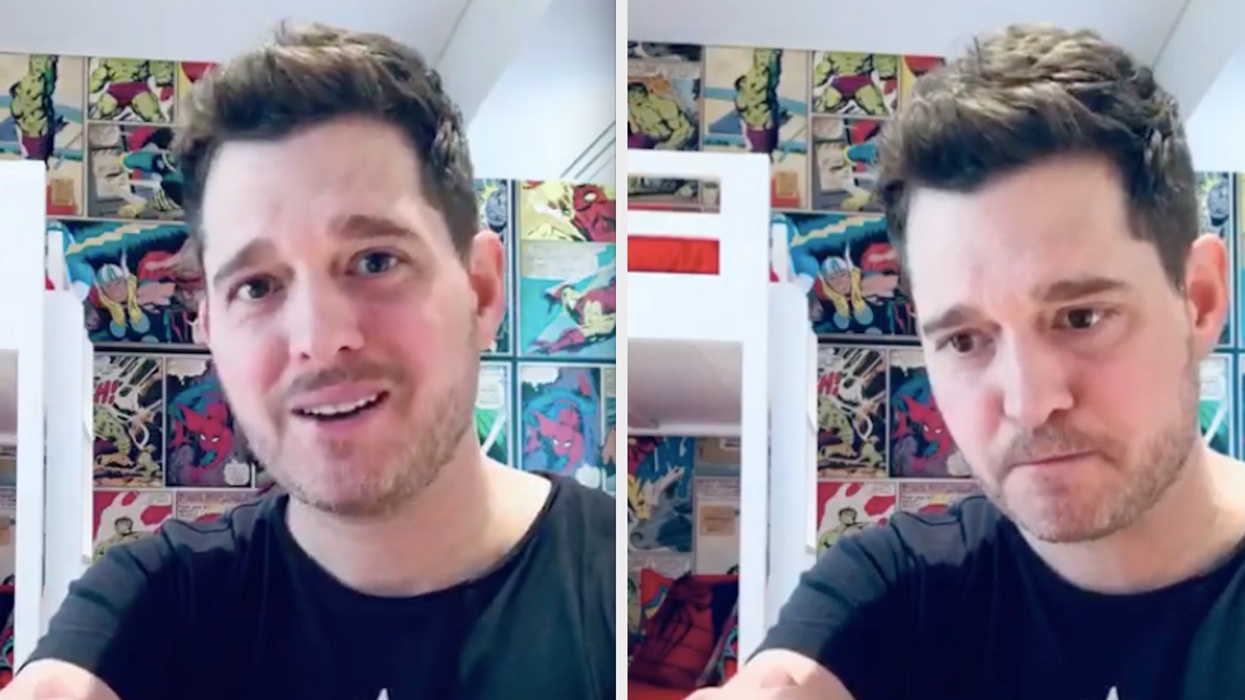 The Burnaby born singer took a moment yesterday to use his social media accounts for good reason, as so many other celebs have been doing.

In his video posted on both Twitter and Instagram captioned "A message from Michael", he spoke about how important social distancing is right now.

"I'm here at my home in Vancouver, and while I don't post very often or ever, I felt that I was compelled to," Bublé said. "I've had many conversations with healthcare officials that I trust and I felt it was impossible not to help to relay a message. And that message is that it's time to take serious measures so that we can protect our families, our neighbours, and ourselves. We must flatten the curve of this virus."

He continued, "Obviously, social distancing, we wash our hands, please as much as possible stay in the house. If you have to, drink some Quarantinis, do what you have to do."

The singer has a 27,000 square foot mansion in Vancouver that he had built across from his childhood elementary school. He shares it with his wife and three kids.

Bublé ended his video by saying, "Let's help each other, let's be great human beings and let's help to make sure that we are protecting the people that are vulnerable out there. It could be any of us, that's the truth."

As the 44-year-old mentioned, this was one of the rare times he took to the internet to share a message.

He normally stays away since back in January, Smooth Radio reported that Bublé deleted all social media from his phone. He uses the "ignorance is bliss" approach and lets his team post and control his accounts on his behalf.

But in a moment of crisis, he used his platform to educate and inform.

Bublé is one of the many artists affected by the COVID-19 pandemic who has to postpone and reschedule his tour.

Billboard claims that 15 shows on the An Evening with Michael Bublé tour are postponed.

The dates begin on March 17 in Jacksonville, Florida and span until April 5 in Austin, Texas.