Cockroaches and mouse droppings were founding the same BC restaurant that served a dead rat in their soup. 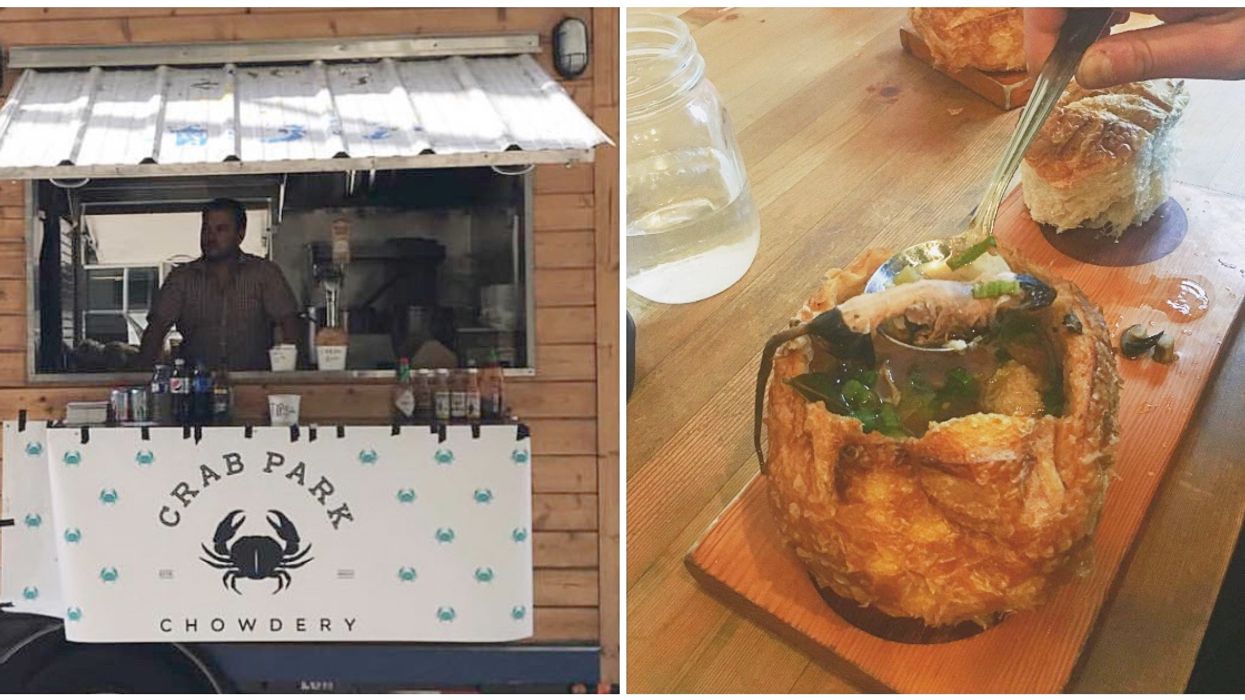 Last year, a group of friends went into a Vancouver restaurant but were shocked to find that their soup actually had a dead rat inside of it. The entire ordeal was filmed and the video quickly went viral after it was posted online. The validity of the video was questioned but since the incident, a formal investigation found mouse droppings and cockroaches in the same restaurant that served a rat in a bowl of soup.

Fair warning, this is not for those with a weak stomach.

Crab Park Chowdery in Vancouver came under fire last year after they reportedly served a bread bowl that had a special little surprise. According to the customer, Adele, she was visiting the popular eatery when she came across a dead rat in her bread bowl. The incident took place on December 27, 2018.

The customer originally posted a video of the nasty encounter on Instagram and it shortly went viral. "Today my friend ordered Manhattan clam chowder and had a little surprise in it - A RAT," wrote Adele on her Instagram post. "Well I don’t know what else to say about it.... this place just needs to be closed or at least people have to be aware about this situation."

Since the incident, Vancouver Coastal Health inspectors visited the commercial commissary kitchen at Mamie Taylor’s restaurant. On December 28th, 2018, just one day after the incident, inspectors found cockroaches, mouse droppings, and other rodent excrements throughout the kitchen.

According to CBC, at the time of the incident, Crab Park Chowdery was renting the basement space at Mamie Taylor’s restaurant to prepare the popular chowder dish. The kitchen is no longer being used to prepare food.

So i am going to talk about this place @crabparkchowdery . Today my friend ordered Manhattan clam chowder and had a little surprise in it - A RAT. Well i don’t know what else to say about it.... this place just need to be closed or at least people have to be aware about this situation. The cafe is kinda popular though... I’m just trying to help people to avoid places like that. Its an awful feeling, it’s not a fly or a bug it’s a fucking big fat rat boiling in the soup pot, which means my friend was not the only who had a chance to try it. Thank you for you attention. #crabparkchowdery I do not force anyone to believe. This is my personal experience that I shared. Thanks for your attention again. My active page is @adelaiiine if you think this one is fake.

In the inspection report, inspector Karen Rehbein wrote that general sanitation was poor. Rehbein also reported that a cockroach was sighted running over the head of the owner, Ashton Phillips, at the time of the inspection.

Mouse droppings were also noted to be inside the walk-in cooler, the food preparation area, and the food storage areas. “A thick accumulation of rodent excrement and accumulated debris was noted on plumbing lines situated above the cooking equipment.”

In the inspection report, Rehbein noted that 10-litre plastic tubs of chowder were placed in the walk-in cooler once they were take off the stove. At the time of the inspection, the chowders in the cooler were not covered. Thus, being exposed to all the elements that were also found in the coolers.  Inspectors ordered the owner to throw away all the chowder that was in the kitchen as it was “unfit for human consumption.”

READ ALSO: Vancouverites Are Leaving Dog Poop All Over The City And It's Becoming A Problem

Two other inspectors noted that there were no hand-washing sinks in the base kitchen area while another sink was placed directly below sewer lines.

Following the investigation, health authorities shut down Mamie Taylor’s and its commercial kitchen. The restaurant was allowed to reopen the next day after staff made the necessary improvements.

READ ALSO: Torontonians Claim That Uber Eats Drivers Are Using “Cancellation Scams” To Steal From Them

As a result of the incident, Mamie Taylor’s announced that it would be severing ties with the Crab Park Chowdery and would no longer rent out the basement kitchen to other restaurants.