Jimmy Butler's hilarious struggle to climb the Stawamus Chief hike is our entertainment. 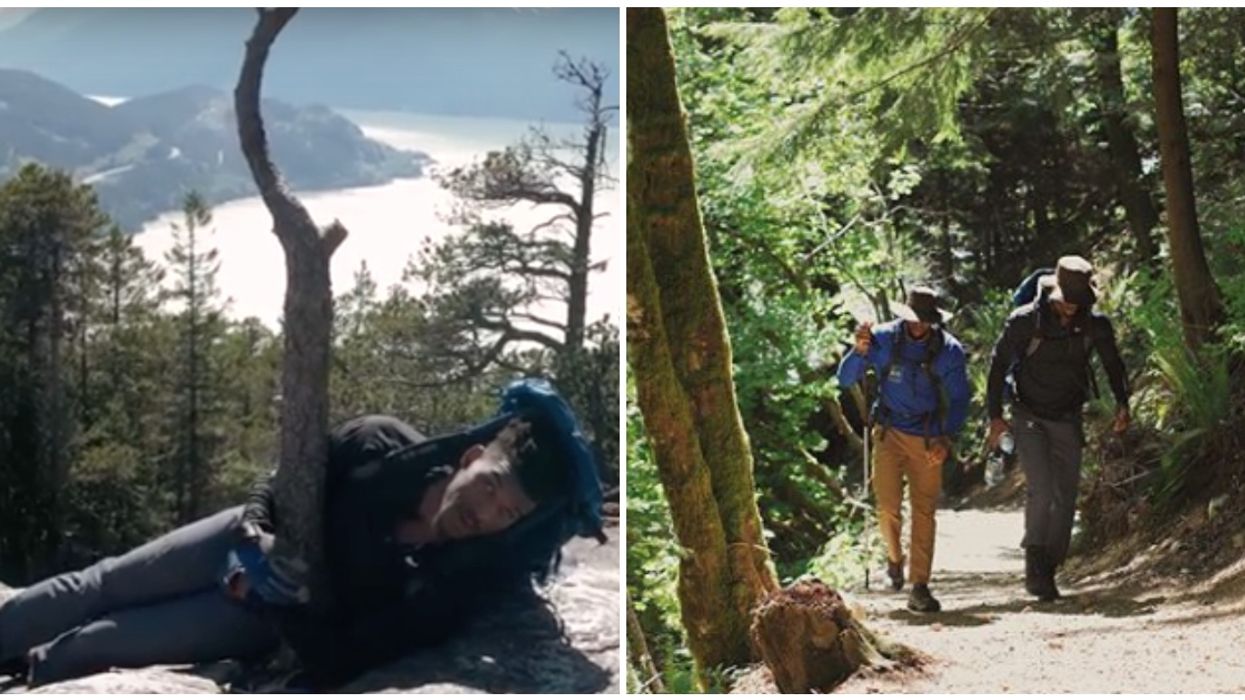 If you have ever hiked in BC, you know how difficult it can be. The high elevation, rocky terrain, and terrifying heights can cause even the strongest legs to tremble. Famous NBA player Jimmy Butler was recently out hiking near Vancouver and found himself struggling. Thankfully, the hilarious Butler filmed the entire thing so we can sit back, laugh, and relate to his struggles.

READ ALSO: You Can Cuddle With Baby Goats, Piglets, And Bunnies At This Farm In BC This Spring

Butler is a famous forward for the Philadelphia 76ers. While you may know him for being a star on the court, you may not have known that he is a hiking extraordinaire... or aspiring one. After visiting Vancouver, Butler decided to hike a rather popular mountain, the Stawamus Chief near Squamish BC. He filmed the entire thing and the results are hilarious.

The video starts out with Butler and his crew hitting up a local hiking store. Even though it was only a brief hike of no more than an hour, Butler insisted on getting all the “essentials.”

Essentials included a knife, a rope in case he “falls off the edge,” and a frisbee. Because when you have the money of an NBA star, why not purchase everything? “If we get stranded I’m prepared,” said Butler in the video. “I have all the necessary and unnecessary essentials.”

After cleaning out the hiking store of anything useful, Butler and his crew went to Stawamus Chief for the hike of their life. Butler did state that he was ready for the Vancouver climb having hiked in all 50 states and 13 foreign countries.

Butler and his naive ways didn’t think it would be that bad. And he was wrong but at least it was hilarious!

The hike started out fine, but things took a turn. Butler was under the impression it would be a straight up walk so he never expected steps, steep climbs, and extreme heights. Apparently, Butler doesn’t like water and can’t swim. So when he and his friends got to the top of the mountain and saw water, it was over.

While his friends finished the hike all the way to the top, Butler laid just feet away from completing the hike, grasping onto a tree.

One very lucky hiker who just happened to be there at the same time captured an awesome Instagram video of the two of them laying by the tree. The dramatic Butler can be heard singing about his friends and how he could not believe they would leave him. We would never do that to you, Butler!

When the hiking trip was over, Butler and nature “were one.” He ends the video by saying “there's a fist and last time for everything.” While this is true, we really hope you come back, Butler! If for anything, for our entertainment.