Up to 60 millimetres of rain expected on Dec. 31 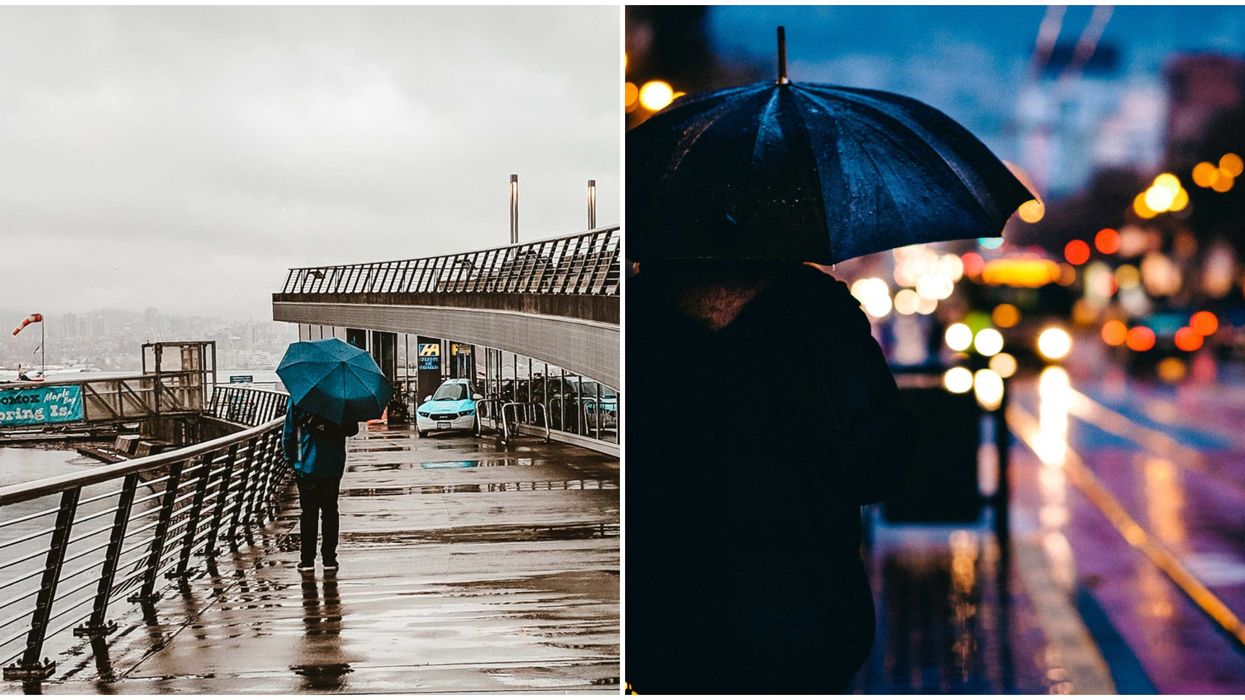 They say it's rainy in Vancouver but what they never tell you is that the rain is pretty gentle. Even though it's often wet and drizzly, it's rare that it actually pours. It's more like constant wetness. To kick off 2020 on a high note, Environment Canada has just issued a rainfall warning. New Year's Eve in Vancouver is going to absolutely pour.

Last week, we were already aware that from Christmas up until New Year's it was going to be straight rain.

Now, we know that rather than wearing heels or leather shoes we're going to basically need our rubber boots if we're going out.

The rainfall warning is in effect for most of Metro Vancouver including the City of Vancouver, Burnaby, New Westminster, the North Shore, Coquitlam and Maple Ridge.

The weather alert states that there could be localized "flooding in low-lying areas" and to be on the lookout for potential areas that could get washed out.

Areas around rivers, creeks and culverts can get overwhelmed quickly when there's heavy rain in Vancouver.

Expect heavy rain at times and the total rainfall will add up to 40 to 60 millimetres through New Year's Eve. To put that in perspective, Vancouver got just 2.4 millimetres of rain on Monday, December 30.

Check out Environment Canada for more information and follow tweets that use #BCStorm.

If you find yourself out and about town on NYE, remember that transit is free all night so it's easy for you to get home.

Some rather large rainfall totals predicted from one of our many computer models between tonight and tomorrow night… https://t.co/YJpJFIb2zL
— Mark Madryga (@Mark Madryga)1577728581.0

In Vancouver, the rain doesn't seem like it's falling. It seems more like you're walking right into it.

For once, we'll actually hear the sound of rain going like bacon in a pan as heavy rain sets in on December 31.

If you have New Year's off, maybe stay inside or even go watch the new Star Wars.