Man filmed sliding down roof of Vancouver skyscraper and the footage will give you chills. 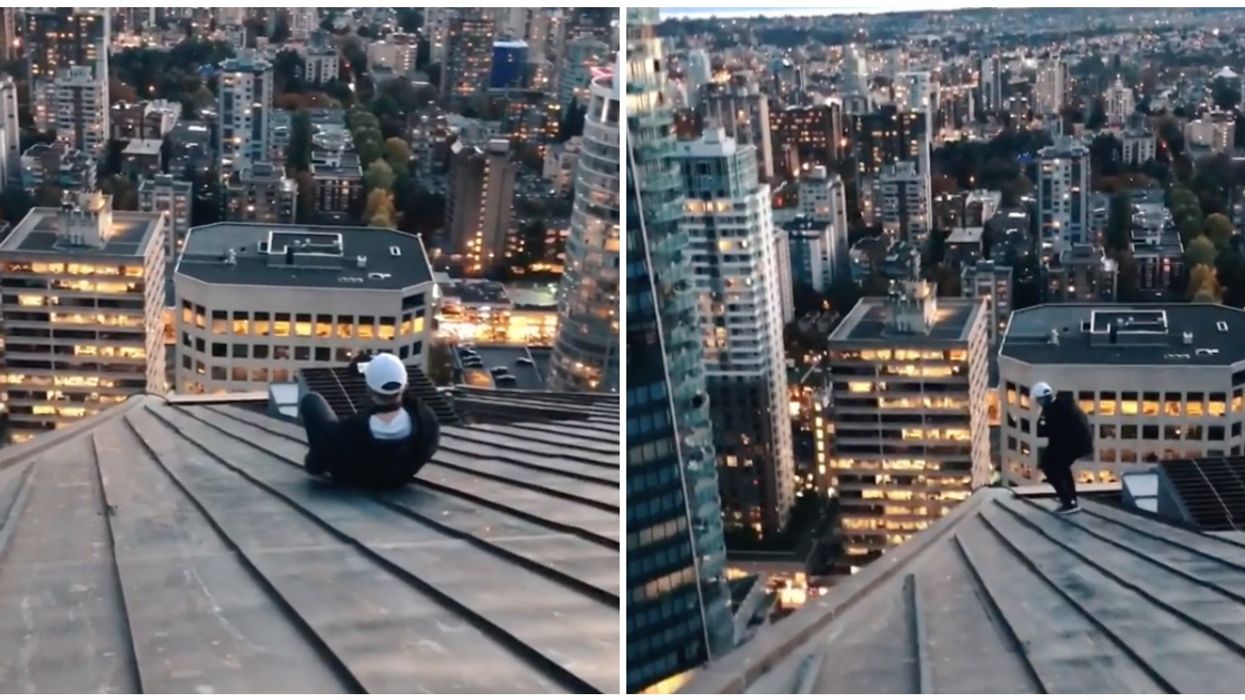 Heights are scary enough as they are, but could you imagine sliding down the side of an insanely tall building with no harness to protect you if you fall? That’s exactly what one guy did recently in Canada. According to a video that has surfaced online, a man was sliding down the roof of a skyscraper in Vancouver and people are seriously freaked out watching it. Keep scrolling to watch the video, if you can handle it.

Yesterday, a video was posted on Reddit that is giving people serious butterflies in their stomachs. The video shows a young man sliding down the roof of an incredibly tall skyscraper. Once he reaches the end he stops himself and begins to run up it, as if it wasn’t just the scariest thing ever!

In the video, you can see the man is sliding down with a camera in his hand filming the entire thing. I guess people will do anything for the perfect shot.

When the man comes to the end of the rooftop, he stops himself from sliding any further by planting his feet. No protection, no harness, just relying on his ability to stop himself! What makes it even more sweat-inducing is that he stumbles a bit at the end when he’s trying to stop himself.

This is why women live longer than men

According to the comments in the video posted by Subterfug3, many people recognize this Canadian city and you may too. This insane video was actually shot in Vancouver, British Columbia.

READ ALSO: Blind, Diabetic Dog Had To Be Put Down After Being Abandoned In A Canadian Pet Store

Some people are saying they even know exactly where this video was shot in Vancouver. According to one Reddit user, it’s not as crazy as it seems. User xerberos claims that if he rolls over the edge, he will not fall to the ground rather will fall onto a flat section where the A/C vents are located.

True or not, I don’t think any of us would want to risk that!

Many other users are commenting on the insanity of it all. Others (like myself) are getting the second-hand scares just watching him perform this stunt from the comfort of their computer.

READ ALSO: There Will Be A Massive Dog Meet Up In BC This Weekend With Hundreds Of Adorable Dogs

You think this would go without saying, but please don’t do this.