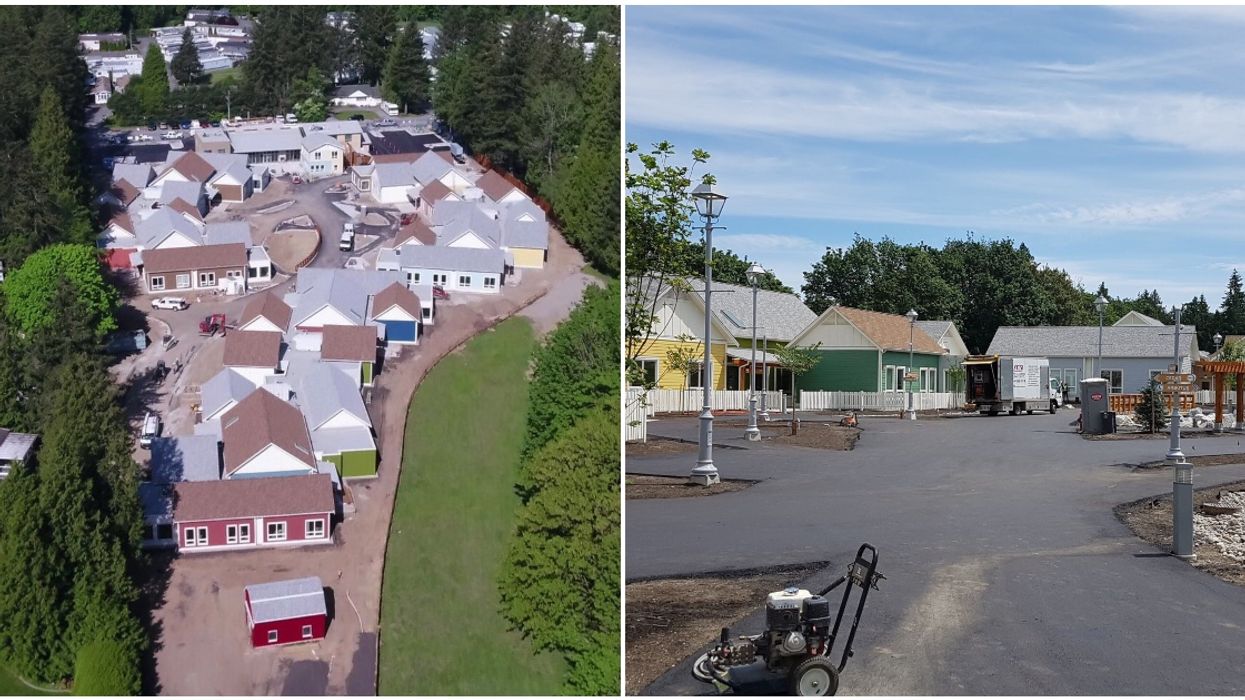 The project, known as The Village Langley, is a senior housing and living community. The community will be the first of its kind in Canada and plays off the world’s first Dementia Village developed in Holland.

This five-acre community will be home to 76 people who live with dementia. Around 72 trained staff members and 12 “villagers” will live together in six single-story cottages that are designed to be like normal houses.

The village allows its community members to roam freely in a safe and controlled environment. With the opening date just a few short days away, the village has finally released what the inside will look like and it truly looks amazing!

According to several videos and photos sent by The Village to Narcity, the houses look like a regular residential community. The houses appear large and spacious, and contains several windows.

According to an email sent to Narcity from The Village, the land is secured by a tight perimeter and there is only one way to enter and exit the village. The village will have six cabins that house 12 to 13 people each. There will also be a grocery store and other amenities around the space. No stairs or elevators will be in any of the buildings, which ensures that the residents will not get lost or confused.

The base rate for one person to live in the village is $6,950 a month, which does not include personal expenses such as toiletries.

Around one month ago, CTV News stated that the Langley village already had 55 pre-registered residents planning on taking over some of the 72 available spots.

According to the email from The Village, construction began in March 2018. It is anticipated to be fully open and operational on August 1, 2019.