These animals are so beautiful! 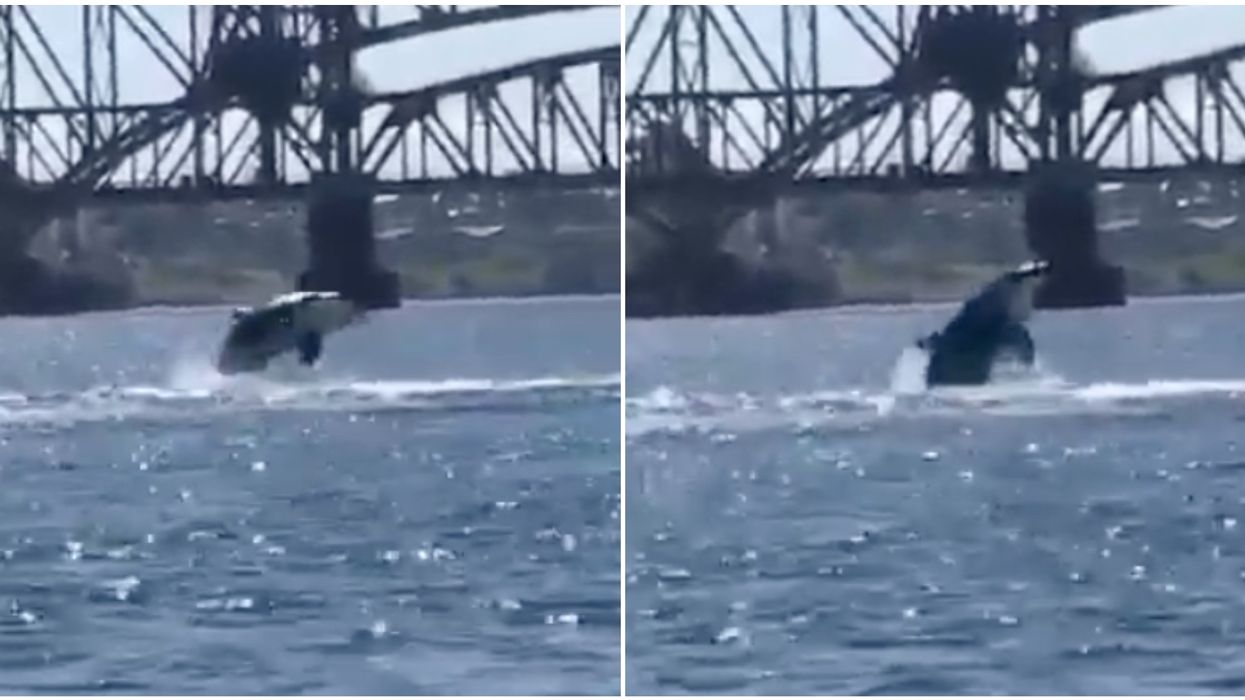 Some very lucky commuters got to witness a once in a lifetime event when a pod of orcas was spotted swimming in the Vancouver harbour. While seeing these rare orcas was a gorgeous view, it did cause their transit ferry to slow down in order to let the whales pass safely. Could this be any more Canadian?

Yesterday morning on May 23, 2019, a rare pod of orcas was spotting in a Vancouver harbour. According to several social media posts, the orcas were also seen swimming in the Burrard Inlet.

These orcas were just passing through, but in order to let them do so safely, a SeaBus ferry actually had to slow down since the whales were swimming in its path.

According to an email sent to Narcity by TransLink, the SeaBus lowered its speed to allow the pods of orcas “to pass at a safe distance.” TransLink claimed that there were no significant delays from the incident.

Since the incident on Thursday morning, several images have surfaced online of the orcas swimming in Vancouver waters.

In one particular video that was posted on Instagram by Vancouver Boat Rentals, you can see the pod jumping out of the water and splashing their heavy bodies against the surface.

The video was captured by a boat rental customer, which means they had a really up close and personal look at these huge beauties!

In several other images, you can see the whales at a safe distance away from any boats and people.

According to North Shore News, whale researchers with BC Cetacean Sighting Network believe that the whales in the video were a group of Biggs transient orca whales. These whales are different than the resident killer wheels as they hunt for marine mammals, like sea lions, in the inlet.

Biggs whales are currently listed as threatened under the Species at Risk Act. The population is slowly starting to rebuild and there are around 300 of these whales left in the wild.

Earlier this month, the federal government announced new measures that would aim at helping rebuild the resident whale population. Some of the measures would include slow zones for boats, as well as the regulation to stay at least 400 m away from any whales.