Police In Vancouver Actually Pulled Over Santa And Rudolph (VIDEO)

Santa was just trying to take a joy ride! 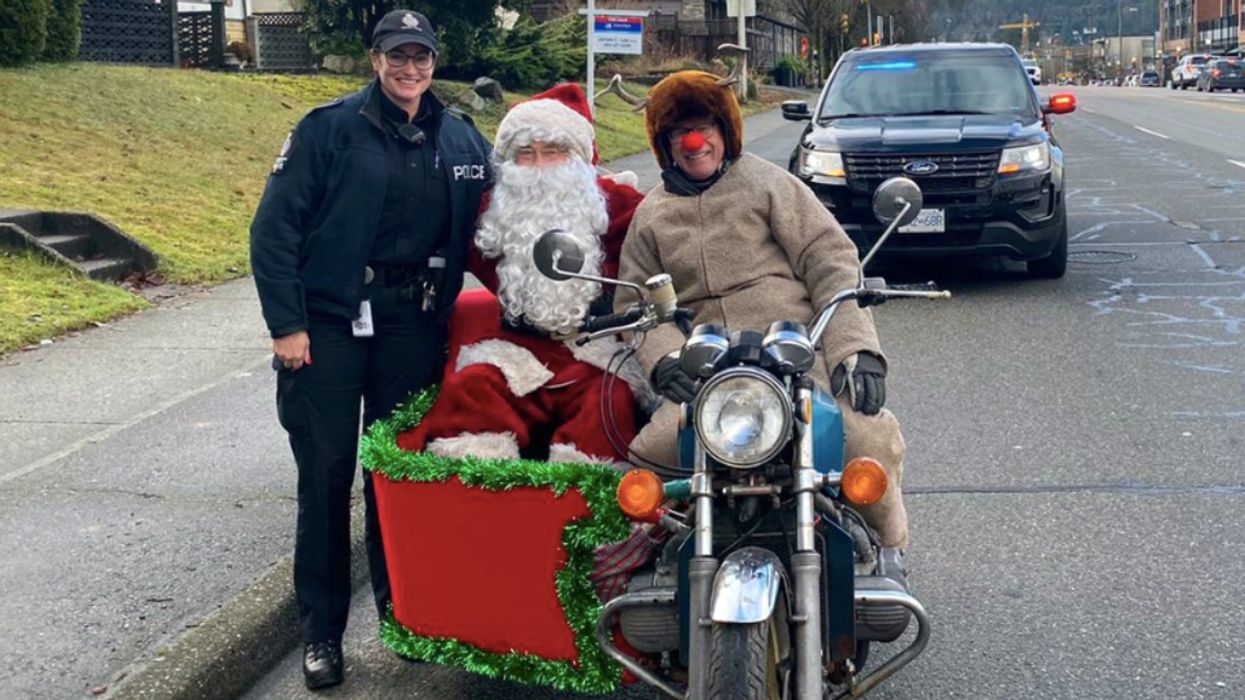 Christmas is literally right around the corner so you know what that means. Santa. While Old Saint Nick should be preparing his sleigh with gifts, he was spotted by the Metro Vancouver Transit Police. Apparently, Santa and Rudolph were going a little bit too fast on their motorcycle and the police pulled over Santa. There are even pictures to prove it.

In typical fashion, Rudolph was guiding Santa on his journey through Vancouver. Instead of being pulled in a wooden sleigh, Santa was posted up in the sidecar of a motorcycle driven by Rudolph.

Rudolph apparently forgot that when you’re not flying through the air, there are speed limits and traffic rules to obey.

According to a pretty hilarious video posted by the Metro Vancouver Transit Police, Rudolph forgot to use his turn signal while driving his motorcycle.

The video was posted on December 23, which means that Santa was just out enjoying a nice ride before he had to work.

But regardless of the man's status, Santa is not exempt from the law and still needed to be reminded of the proper driving protocol.

In a separate tweet, the transit police posted a picture of the officer and the duo in their sidecar.

"Please be more careful next time, Santa and Rudolph! Children around the world are depending on you,” wrote the tweet.

It is unclear whether or not Rudolph received a ticket for his actions, but it did make for a pretty funny video.

This is hardly the first time the police have pulled over someone famous.

Just six months ago, Richmond police pulled over Batman in a legit Batmobile and it was hilarious.

One time, Batman even tried to help B.C. police fight crime by approaching a crime scene.