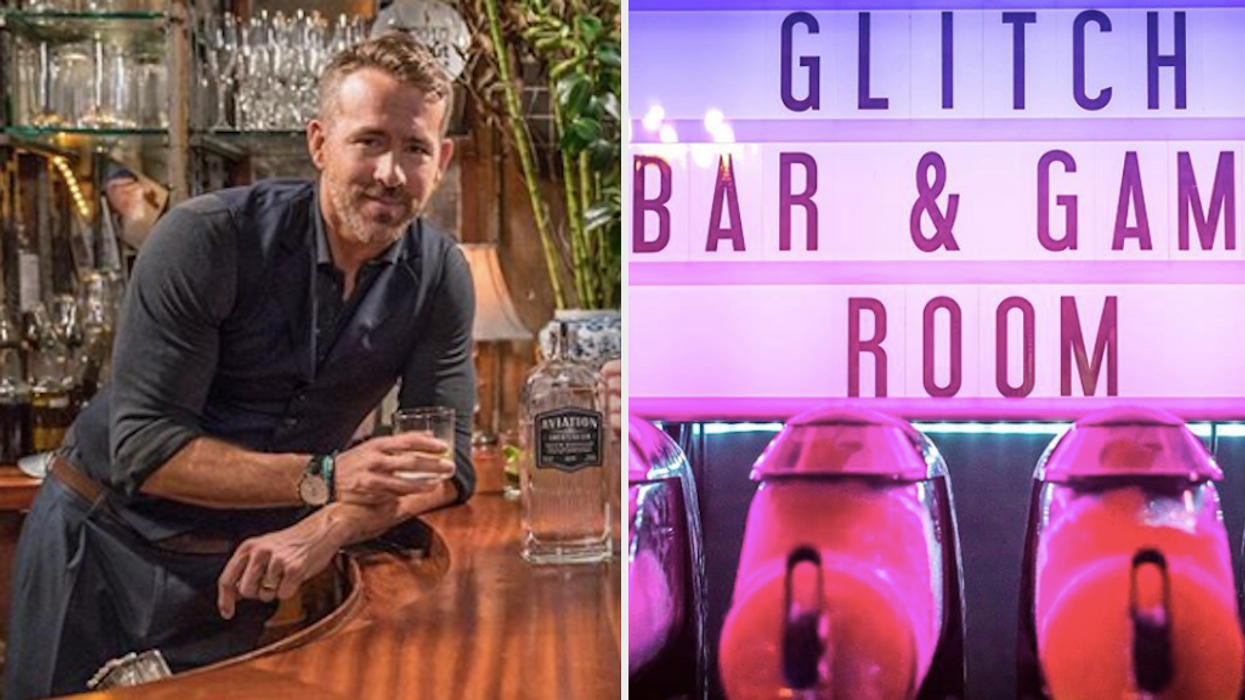 You'll wish you had thought of this idea sooner. Thanks to the Ryan Reynolds' bar bathroom shrine, you can officially tell people you’ve been up close and personal with the actor. It's exactly what you need after a few drinks and a round of pool.

Located at 2287 W. Broadway, the many activities you can find at GLITCH Vancouver include darts, skee ball, pool, video games, and of course a bathroom that lets you admire the actor while you do your business.

The bar just opened its doors and is having its official grand opening party on February 29.

There are dozens of photos of Reynolds plastered on the walls from various photoshoots and events over the years. It totally has the vibe of a teenage girl's bedroom in the mid-2000s who ripped posters out of magazines and taped them to her wall.

Using the Canadian actor is only appropriate since he was born and raised in Vancouver too.

When Daily Hive shared the news of the bathroom shrine on Twitter, Reynolds replied, "FINALLY someone combined my two favorite passions: peeing and judging myself."

That's not the only Canadian tie the retro bar added in.

On their Instagram, they have a drawn image of what Justin Bieber would look like if he grew up during the '80s which totally has Bon Jovi vibes.

They even added Toronto born Drake suited up in gold jewelry, an open-collared shirt, baggy jeans, and a thick moustache.

Other celebs the bar's Instagram features include Rihanna, Kendrick Lamar, and Selena Gomez.

But Reynolds is the only one with an entire room in his honour.

The Deadpool star isn't shy about sharing his love for his Vancity hometown. His Twitter and Instagram handles are even named after it!

On the more permanent side of tributes, Reynolds has a tattoo of the Nine O'Clock Gun located in Stanley Park that fires every night.

Hopefully, the bar has lots of Reynolds' Aviation American Gin on hand!