The "Bird Box" star is coming back to Netflix! 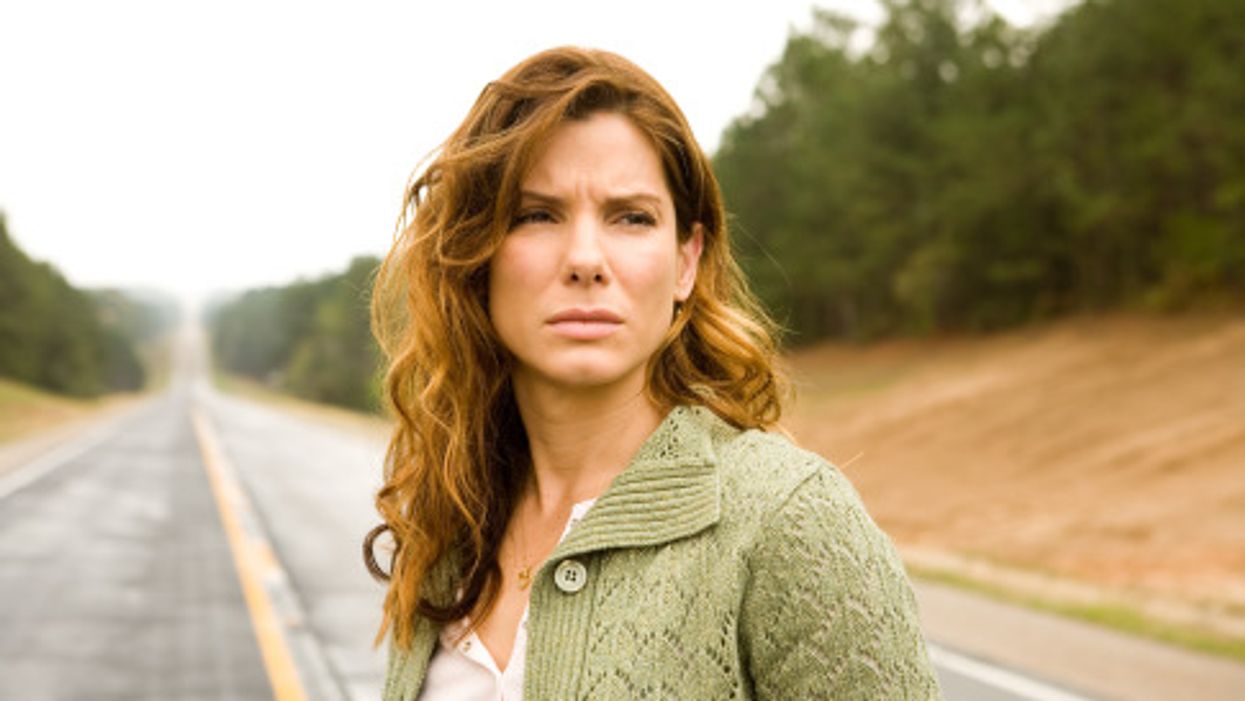 Less than a year after Bird Box totally took over headlines, Sandra Bullock is teaming up with Netflix again to create a drama film about a woman's life after prison. Bird Box was the most-watched Netflix Original of the year and easily one of Bullock's best movie roles too. Last week, she was spotted at a very famous steakhouse in Vancouver and we weren't sure what she was doing up here in Canada. Well, it's likely because Sandra Bullock's new movie for Netflix will start filming in Vancouver soon.

According to the Hollywood Reporter, the new movie will be "based on the 2009 ITV miniseries Unforgiven" that was written by Sally Wainwright and produced in the United Kingdom. They also said that Bullock will partner with English film producer, Graham King, and she'll play double duty starring in and producing the new film.

Bullock will play the role of Ruth Slater, a woman who was convicted of murdering two police officers and served a 15-year prison sentence for it. The plot of the original 2009 series followed Slater who set out upon release to find her younger sister she was estranged from while in jail. Hopefully, Bullock won't be stuck in a blindfold for the whole movie again.

When the Hollywood Reporter announced Bullock's new movie on Twitter, one user responded that Bullock's sighting in Vancity has to do with the movie. They wrote, "Filming in Vancouver in January 2020 - which is why she was in town last week @WhatsFilming #yvrshoots", which was retweeted and thanked by the WhatsFilming account.

The What's Filming website hasn't added Bullock's new movie to the list of upcoming productions in Vancouver, likely because it's so early in the process. We also don't know any other actors in it or whether the film will keep the same title as the show it's based on.

But Bullock's new role is already gaining excitement and praise, and Christopher McQuarrie who wrote and directed the original miniseries sent his gratitude on Twitter earlier this week. He wrote, "This one is near and dear to my heart. I’m honored to know it’s in such good hands. Fun fact: The first draft was written in 2010. #KeepWriting".

So far, Bullock's role is confirmed and the movie will start filming soon which is fun news if you live in the Vancouver area.