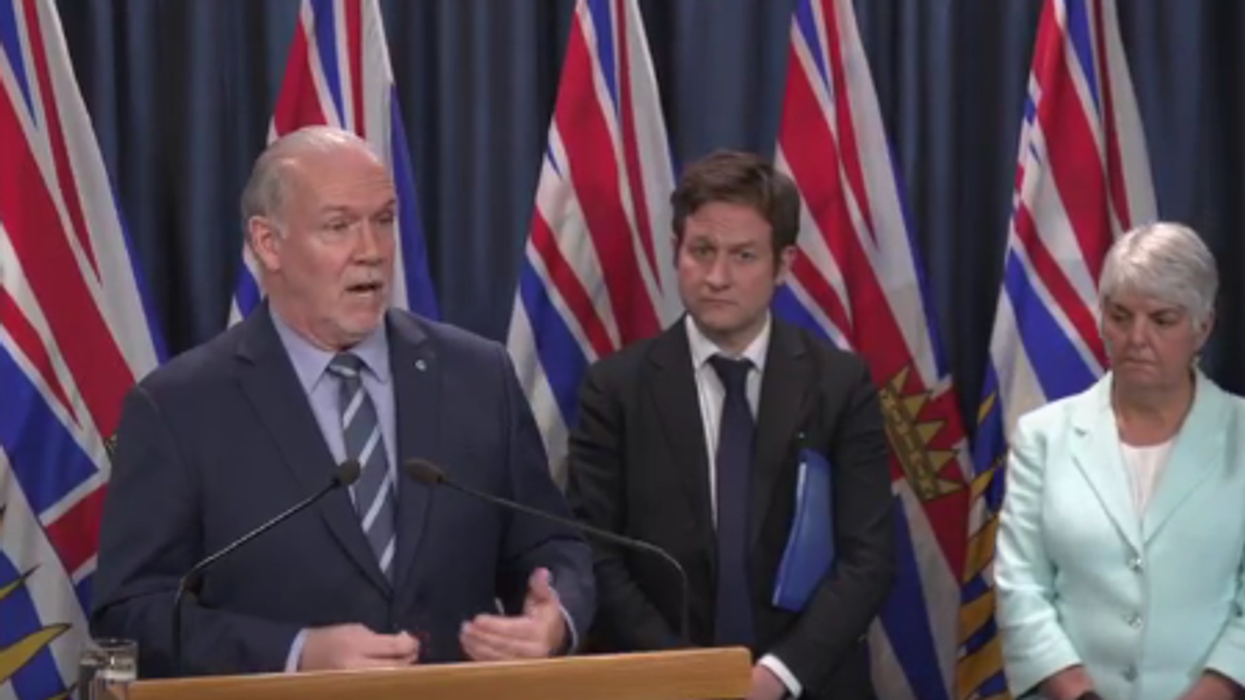 As everything starts to shut down amid the COVID-19 outbreak, B.C.'s Premier John Horgan just made a big announcement. School is cancelled in B.C. for now and students in public schools in grades kindergarten through to grade 12 in the province will not be returning to class anytime soon.

"The difficult decision has been made to suspend K-12 learning at this time," said Horgan according to CBC News at a press conference in Victoria on Tuesday, March 17.

"For the immediate future, there are significant challenges," and even though this is a "temporary disruption," Horgan said, students who are on spring break right now won't be returning to school indefinitely.

Rob Fleming, B.C.'s Education Minister said that students in Grade 12 will graduate and all students will receive a final mark, according to CTV News.

It's not clear yet when this school closure will be lifted. As of right now, it's indefinite.

Major universities in B.C. have already transitioned to online-only classes, although campuses are open.

In Vancouver, the city has shut down parks and public facilities in an effort to prevent the spread of the virus and promote social distancing.

Horgan was joined at the conference by Rob Flemming and Finance Minister Carole James to answer some burning questions that British Columbians have about what's ahead for us during the outbreak.

"The decision on how to return will be made in partnership with school districts and independent schools," said Horgan.

Horgan made the announcement, but Flemming came in and fleshed out the statement with a few more details.

The decision to close schools was made "under the direction of the provincial health officer" Dr. Bonnie Henry.

They plan to create a "continuity of learning" for students but have yet to develop plans. Flemming assured that everyone who's on track to graduate and move to the next grade will do so.

For more information about COVID-19 in B.C., you can check the British Columbia Centre for Disease Control for updates.

The province also now has a hotline that helps answer questions in 110 languages.